1 week ago 0 5 min read
We use cookies to provide a personalized experience for our users. By continuing to browse this site, you give consent for cookies to be used.
Got it!
Home > Arts & Culture > Video Games > Let the games begin: Carleton team creates esports league for Ontario post-secondary students 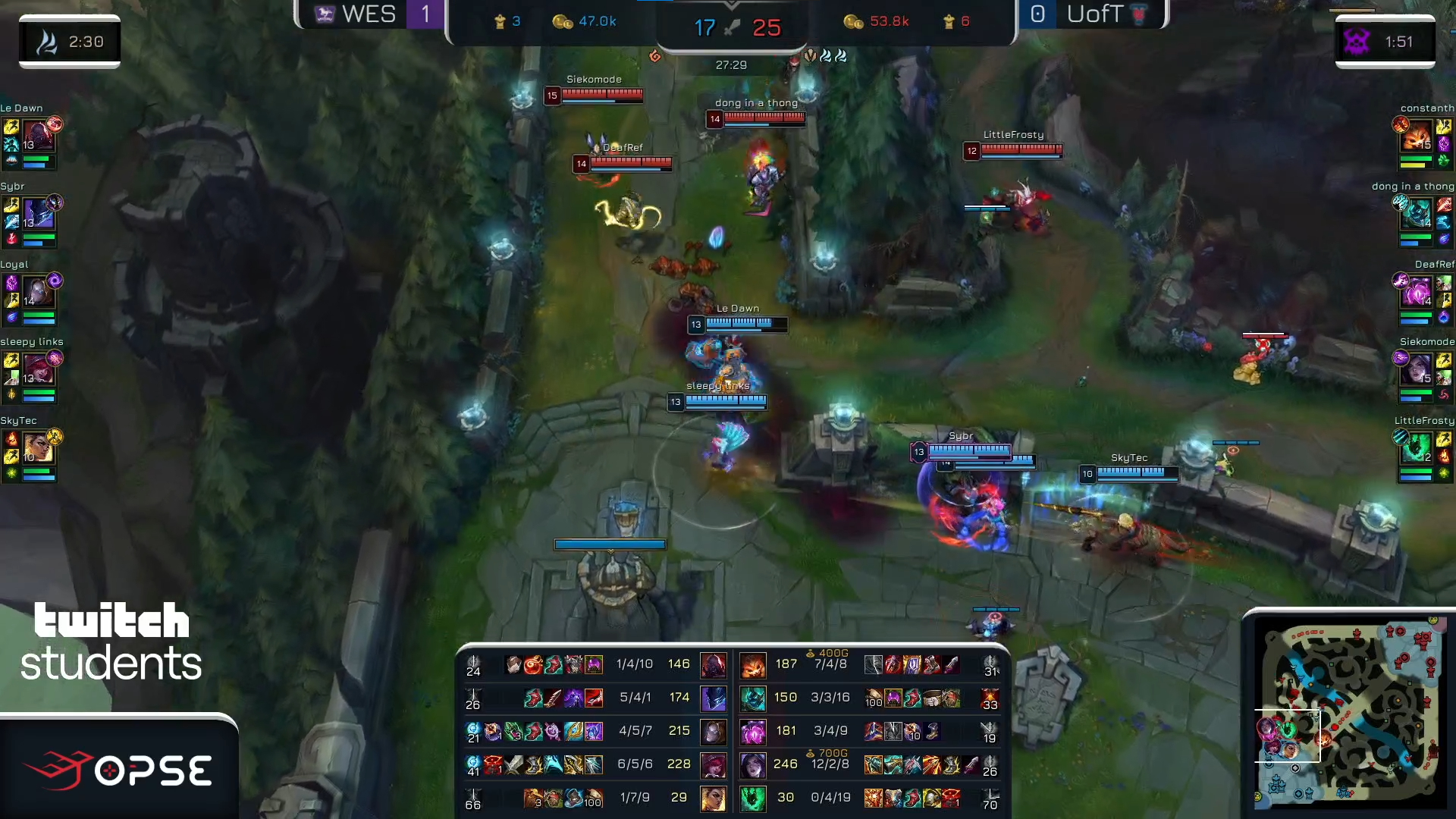 The Ontario Post-Secondary Esports League's official Twitch account streams the grand finals of its League of Legends tournament, featuring the University of Toronto against the Western Mustangs in March. [Photo @ Adam Hussain]
Ontario

Even before the ongoing COVID-19 pandemic was declared in March 2020, the popularity of esports had been exploding. And the transition to remote and virtual recreation during the public health crisis created ideal conditions for a new post-secondary esports league in Canada.

Into this fervour, Dante Provenzano and his Carleton University-based team have capitalized on this popularity by creating an esports league for post-secondary students.

The Ontario Post-Secondary Esports League — OPSE — started in the fall of 2020, focusing on an initial roster of four games: Overwatch, Rocket League, Hearthstone and League of Legends.

“The conversation was, ‘Is there any league, regionally, for us to play in as the Carleton Ravens?’ And that didn’t really exist,” said Provenzano, OPSE’s head administrator. “So then … we decided, ‘Well, can we just make our own?’ ”

Provenzano runs the OPSE with team members James Fitzgerald, Martin So and Ye Fang Kuang. OPSE was born out of Tespa Carleton, Carleton’s esports club. Provenzano and the other organizers were members of Tespa before creating the OPSE, and although they do not participate in the competition, their love of esports drove them to create the competitive league.

“I think it’s really important because students — they’re already competing . . . They’re really putting in as much time, if not more, than traditional athletes are, and they deserve to be shown off more to their schools,” said Provenzano.

The OPSE has 13 university teams, such as the Waterloo Warriors and the Ryerson Rams. Its founders hope to attract more teams, as well as to legitimize and increase the status of esports as a valid form of competition alongside basketball, football, hockey and soccer.

The inaugural season of the OPSE began in October 2020 and lasted until March 2021. The season saw Carleton University win the Hearthstone tournament, Western University top the League of Legends tournament and the University of Waterloo victorious in both the Overwatch and Rocket League tournaments.

Arjun Posarajah, a third-year engineering student at the University of Windsor, is an avid fan of the OPSE.

He said he enjoys watching the streams because he sees team strategies taking shape that he can apply to his own gameplay.

“An esports league for just post-secondary students gives the opportunity for these students to be able to explore the industry,” he said. “I think this opportunity is awesome and allows for great connections, too.”

Posarajah said he enjoys competitive gaming because he feels like it shows the true ability of teamwork and cooperation. The level of gameplay combined with the potential to learn strategy is a significant draw for gamers looking to be entertained as they hone their craft.

Posarajah says he enjoys watching the OPSE League of Legends matches the most, as he is “currently learning the game” and there was “lots to learn from each match from individual play and overall team play which I could use in my games.”

“It’s important to give people opportunities to play their favourite games on a higher level,” said the York University student. “Having (OPSE] just for post-secondary students is a real opportunity.”

Quader began to watch the streams on the OPSE Twitch channel at the beginning of the COVID-19 pandemic last March, during the OPSE’s pre-season months in which university teams practised by competing in exhibition matches.

On the potential growth of OPSE, Quader said: “The future has shown esports to be a big area of entertainment . . . It is interesting to see what the future holds for it.”

Added Posarajah: “The growth of the OPSE is inevitable as it rides the current esports hype train.  And with an expansion into more games and more teams that will lead to more viewership.”

Provenzano said the league’s focus in the immediate future is to optimize its infrastructure and backend operations. He also said the organization plans to expand the roster of games and the number of university teams involved.