3 days ago 0 5 min read
We use cookies to provide a personalized experience for our users. By continuing to browse this site, you give consent for cookies to be used.
Got it!
Home > Health > Five things to know about the ‘level zero’ crisis facing Ottawa paramedics 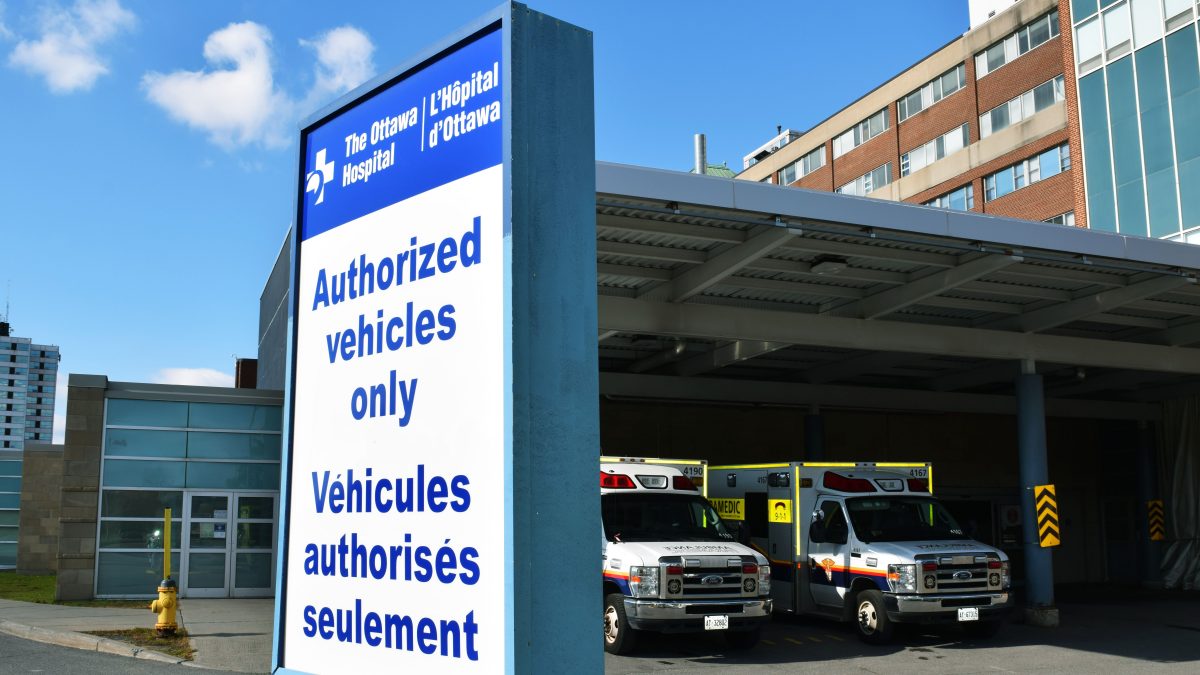 Ambulances sit in a parking space behind the Ottawa Hospital's Civic Campus. In the first eight months of 2019, the Ottawa Paramedic Service had no ambulances available to answer emergency calls on 329 occasions. [Photo © Cindy Lam Hoang]
Health

During the first eight months of 2019, the Ottawa Paramedic Service had no ambulances available to answer emergency calls on 329 occasions. The longest occurrence lasted more than seven hours.

This alarming state, referred to as “level zero,” happens because of increased call demands and offload delays – meaning paramedics face long waits dropping patients off at hospital emergency rooms – according to a recent report from the Paramedic Service.

On Wednesday, Mayor Jim Watson pledged some help in the 2020 city budget, which proposes adding 14 more staff to the paramedic service.

Here’s a quick look at the problem:

Anthony Di Monte, head of Emergency and Protective Services for the city, blames Ottawa-area hospitals for the delays in transferring patients from the paramedics to emergency rooms. The paramedics’ report, submitted by Di Monte to the city’s Community and Protective Services Committee on Oct. 17, responded to questions posed by Kanata Coun. Jenna Sudds, who chairs the committee.

It found that paramedics often face long wait times when offloading patients in emergency rooms across Ottawa. When ambulances arrive at the emergency room, paramedics aim for a transfer time of 30 minutes, but instead spend an average of 79.5 minutes at the hospital. The report says the Ottawa Hospital, which includes the Civic and General campuses, is the worst offender, with an average transfer time of 95 minutes.

The delay occurs when there are no beds available in the emergency rooms; paramedics cannot leave the hospital until the patient has been officially accepted into care by hospital staff.

When the Ottawa Paramedic Service is not available to respond to calls, in part because of long offload times, the city relies on the next closest ambulance from a neighbouring municipality.

The problem has been around for years

Di Monte says Ottawa-area hospitals are failing to meet their responsibility to “accept patients and release paramedics expeditiously,” a situation which he compared in 2018 to being held “hostage.”

He says the hospitals are engaging in a “theft of resources” by relying on paramedics to treat patients, rather than addressing understaffing and overcrowding issues within the hospitals themselves.

“Fix [the issues],” Trottier says. “And don’t steal paramedic resources off the road to satisfy your issues inside of the hospital. That’s wrong, that’s shameful, it’s unethical, and borders on criminal behaviour.”

Trottier says he started seeing offload delays about 20 years ago, and the situation continued to get worse until his retirement in 2017. He says paramedics have been voicing concerns since then, but have seen little action.

Dr. Guy Hébert, head of the emergency department at the Ottawa Hospital, acknowledges in a letter to the Ottawa Citizen that there is a problem with offload times for paramedics. “We are the first to agree that prompt ambulance offload times are of significant importance and remain one of our top priorities, along with working together to address hallway medicine, one of the major impacts of overcrowding in the Emergency Department,” he writes. However, he argues that Di Monte’s claim that paramedics are being held “hostage” is “unfair and unfounded.”

“Paramedics are our partners in care, not obstacles,” writes Hébert, urging partners to work together to focus on the patient. “Let us focus together on the patient instead of sensationalizing rhetoric that only ends up pointing the finger of blame.”

The Ottawa Hospital turned down Capital Current’s requests for an interview with Hébert.

Paramedic services, hospitals are already trying to address the problem

The report notes that the Ottawa Paramedic Service has already established a Paramedic Response Unit to provide urgent care to people despite the non-availability of an ambulance, and has diversion programs in place to redirect patients away from emergency rooms.

The service also collaborates with area hospitals on programs such as the “Dedicated Offload Nurse Pilot” which received funding from the provincial government to staff emergency rooms with more offload nurses to ease the transfer of care.

In the Citizen, Dr. Hébert writes that the hospital has “already begun” addressing the problem by hiring more nurses and contracting paramedics to care for patients in the hospital. Mayor Watson also said the city is working with area hospitals on the problem.

The provincial government plans to reduce emergency wait times by upgrading technology in communication centres, and diverting patients to other care settings if necessary, according to a statement from Ontario Health Minister Christine Elliott’s spokesperson, Hayley Chazan.

“Further, municipalities are receiving on average nearly four per cent more in funding for land ambulance services for the 2019 calendar year and can expect continued growth for 2020,” says the statement.

Other ideas have been suggested to fix the problem

IN THE NEWS: Thursday, Nov 7