3 days ago 0 4 min read
We use cookies to provide a personalized experience for our users. By continuing to browse this site, you give consent for cookies to be used.
Got it!
Home > Politics > Canada Votes 2019 > Local activists push for guarantee of pension security 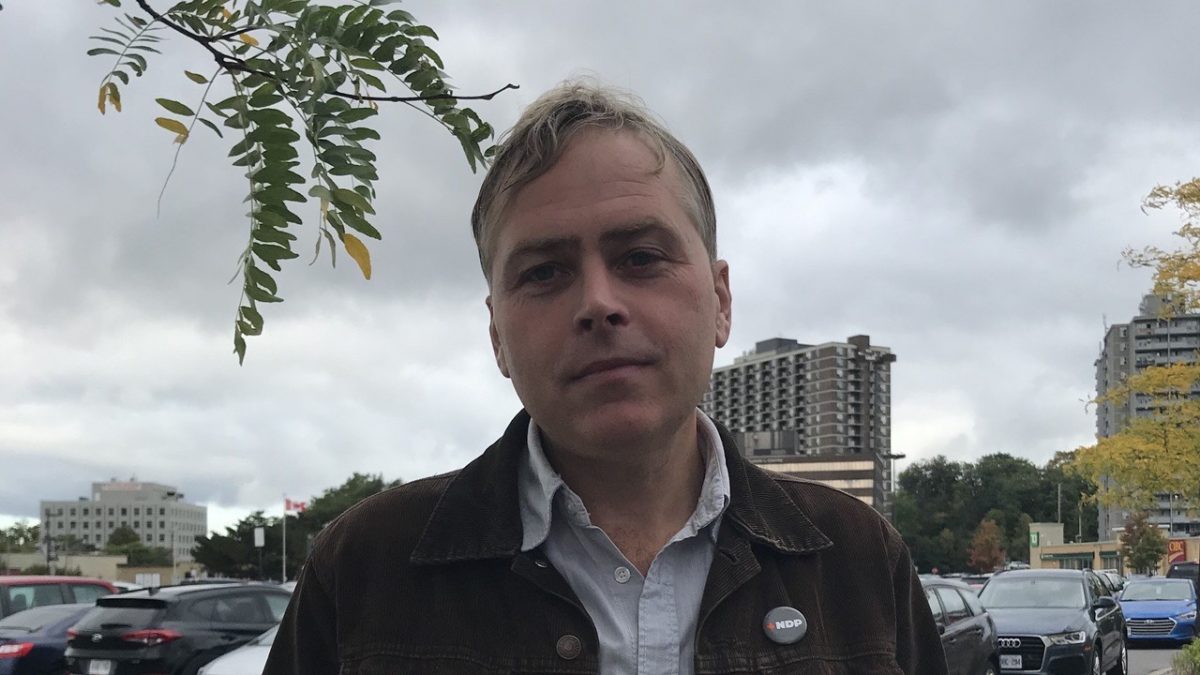 In the run-up to the Oct. 21 election, an Ottawa-based group advocating pension security for Canadians is taking aim at a plan by the former Liberal government to ease the obligations of federally regulated employers to guarantee retirees’ incomes.

“It really was a betrayal,” says Kevin Skerrett, a senior research officer with the Canadian Union of Public Employees and a member of the Ottawa Committee for Pension Security. The group’s campaign is a direct response to Bill C-27, which would allow federally regulated employers to establish “target benefit” pension plans rather than being required to provide “defined benefit” plans.

“The difference between a target benefit plan and a defined benefit plan is that it is, in fact, only a target,” says Skerrett, “and if you’re unlucky, you could end up with … a substantial amount less than that target.”

While defined benefit plans require employers to continue funding plans at the agreed upon rate during times of economic uncertainty, target benefit plans would allow them to make cuts if it is deemed necessary.

“Employers don’t want to be in the business of providing defined benefit pension plans because you have to come up with the money to pay the promise,” said Nancy Parker, a lead organizer of the OCPS and former pension specialist with CUPE.

“Instead of the defined benefit model where you have to figure out a way of how you’re going to pay for any shortcomings,” she continues, “the answer in a target benefit plan is they can just reduce the benefit to meet what can be paid.”

“The legislation in all jurisdictions around pension plans, up until this point, didn’t allow for the reduction of benefits that plan members had already earned,” says Parker. “This legislation allows for the employer to just rip up that promise completely and say, ‘The whole thing is now going to be a target benefit plan’.”

This is not the first time a government has attempted to amend the rules around pensions. In fact, similar legislation was proposed by the federal Conservatives in 2014 but was quickly shelved after a heavy backlash.

In 2016, when Liberal Finance Minister Bill Morneau first tabled the bill, it featured a new provision that stated that employers would not be able to convert workers’ plans “unless the employer obtains the members, former members or other persons consent in accordance with this section. A bargaining agent may consent on behalf of a unionized member if the agent is authorized to do so.”

Skerrett says that, while this provision may have eased concerns for some, he does not find it a “satisfactory” reassurance.

“It is very easy to develop a consent form with certain information and explanations for (converting pension plans) that would be partial or partisan or geared to obtain a certain outcome,” he explains.

As an example, he says that employers could emphasize the need to be able to make cuts to pension plans to avoid bankruptcy, which would make pensions even more insecure.

Parker notes that people don’t often have a very strong understanding of pensions and says she’s concerned that they would not easily comprehend what it is they would be consenting to.

“I do not believe, for a split second, that Bill Morneau is to be trusted with anybody’s pension,” says Morgan Gay, the NDP candidate for Ottawa South in the coming election. “That’s what the target benefit pension plan is that they’ve floated — it’s to cut costs for employers.”

While a 2018 investigation by Ethics Commissioner Mario Dion found Morneau’s involvement with Bill C-27 not to be a conflict of interest, Parker raised concerns about his role with Morneau Shepell, which she describes as “a pension and benefits consulting firm,” when he originally tabled the bill.

“I’ve been focused on pension issues for decades,” Morneau told CTV in a 2017 interview. “I’ve been very involved in working in advocacy to improve pensions for Canadians.”

“We’ve been very focused on pension issues,” he continued at the time, “obviously, with the longer-term goal of ensuring people can retire with dignity.”

Both Parker and Skerrett agree that, while pensions are typically something older members of the workforce and retirees are most concerned about, this legislation would impact younger generations.

“We’re doing this as much for young workers as we are for middle-aged or older or retired workers,” Skerrett explains. “Young workers are often the targets of cuts and changes to pension arrangements.”

He notes that, unless the federal government moves to guarantee pension security for all Canadians, many people entering the workforce today will end up with no pension or a pension plan without guaranteed benefits.