6 days ago 0 6 min read
We use cookies to provide a personalized experience for our users. By continuing to browse this site, you give consent for cookies to be used.
Got it!
Home > Community > LGBTQ2S+ > Spice celebrates a year of success for marginalized performers 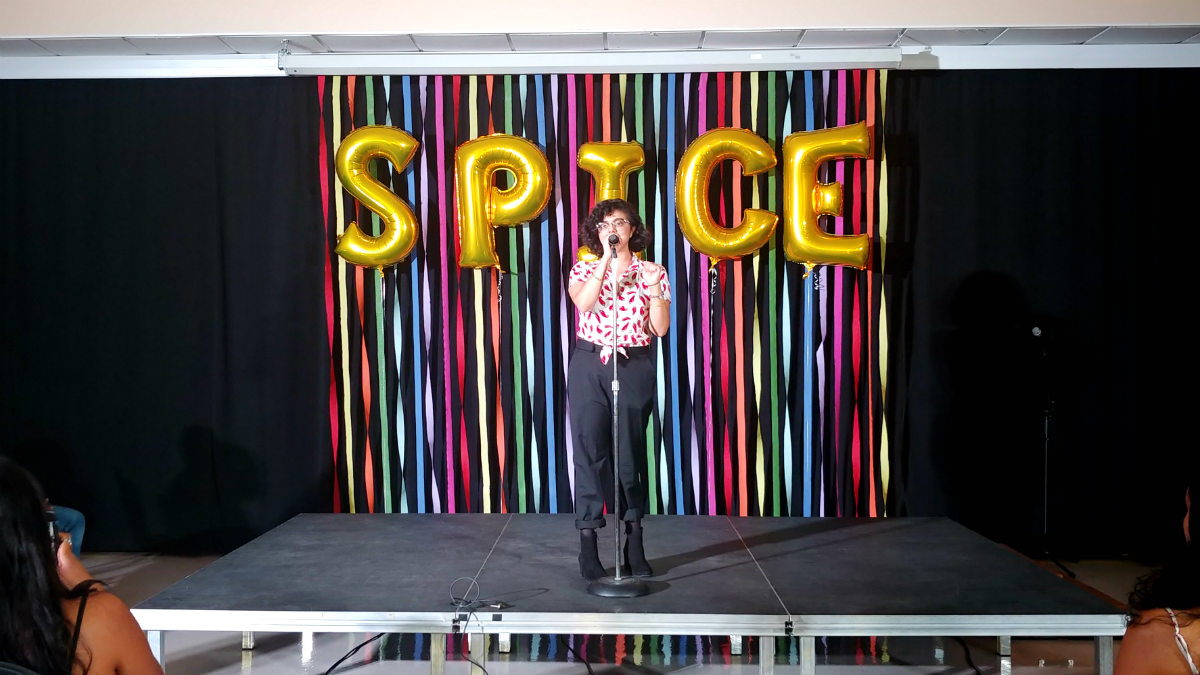 A performing arts collective for Ottawa’s marginalized communities recently marked a year of success and growth at the Carleton Dominion Chalmers Centre.

The event on Sept. 21 featured many of the same artists who performed in the first show in September 2018.

Spice is a collective that hosts performances throughout Ottawa. It showcases singers, dancers, spoken word poets, musicians, artists, and comedians from marginalized communities, such as people of colour, Indigenous people, and LBGTQ+ people.

Zainab A, the founder and producer of Spice, is a stand-up comedian who has been performing in Ottawa since 2017.

“I noticed there wasn’t really a space for me and people who look like me,” said Zainab, 23. “In a (performance) lineup, even if it wasn’t intentional, I would feel tokenized because I was the only woman of colour.”

“I essentially just wanted to create a space that I wish already existed. I’d always wished for a space like Spice. And I was, like, ‘You know what, why not just make it?’ ” said Zainab.

Spice was well received and quickly gained support and a growing community of artists and fans. Zainab doesn’t put any money into advertising, relying instead on word-of-mouth and social media.

“I was generally so surprised,” said Zainab. “There was so much support, so many people. I had never seen so many black, Indigenous, and people of colour coming together in a space to celebrate performance art and artists.”

The first Spice event was held on Sept. 29, 2018, at Black Squirrel Books on Bank Street. It showcased six performers and lasted two and a half hours.

Since that debut, the Spice community has continued to grow. According to Zainab, the first show sold about 70 tickets. The anniversary event on Sept. 21 attracted about 120 attendees.

Because artists are paid from ticket sales, the increased attendance has allowed Zainab to pay her performers double what she offered at the first show. The year of growth has also allowed Spice to partner with bigger organizations, such as the Carleton University Art Gallery. CUAG arranged the venue for the anniversary event and sponsored the sound tech fees.

In the past year, Spice has had an impact on performers and audience members alike.

“Since moving to Ottawa I haven’t seen this many queer folks of colour in the same space,” said Collins. “As a black queer woman I’m often asked to divorce those identities of being black but also being queer. It’s weird that you get spaces where you can bring them together and celebrate them both.”

Neha Sin, a musician, played at the first Spice event and performed three original pieces and a cover for the anniversary event.

“It was really nice to have this group of people that I could see and this talent in this city that I hadn’t found that I could relate to,” she said. “Spice is so important because it finally gives them this platform to be able to have these opportunities – opportunities that are often denied to people of colour or people within the LGBTQIA community, which is really sad and really heart-breaking.”

Said Zainab: “I just want people to feel safe and like their stories matter, and what they have to say is important. Other people have the same experiences as them.”

Zainab said she hopes to continue building partnerships with other organizations like CUAG while maintaining the roots of Spice — “By us, for us, and prioritizing paying artists.”