3 days ago 4 min read
We use cookies to provide a personalized experience for our users. By continuing to browse this site, you give consent for cookies to be used.
Got it!
Home > News > Environment > Gatineau man recalls terrifying memories one year after devastating tornado
Environment 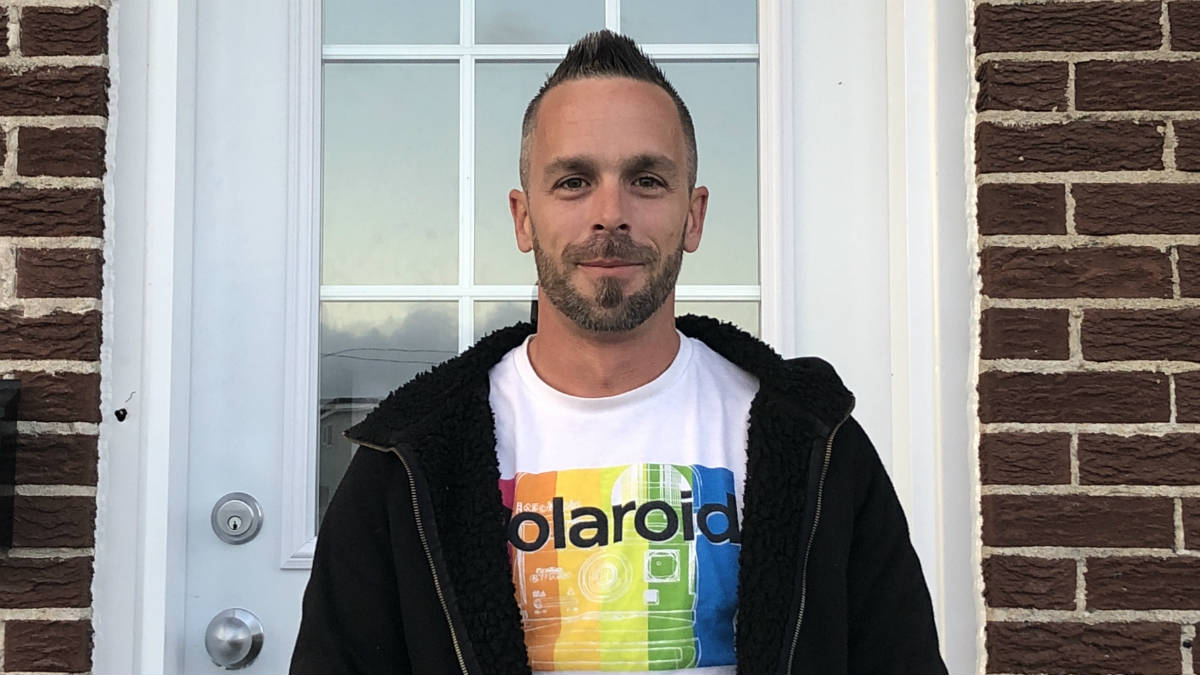 Eric Morin stands outside his Mont-Bleu home one year after the tornado. [Photo © Jennifer Prescott]

Gatineau ironworker Eric Morin had just hopped into his truck to give a stranger a ride so she could get out of the rain. As he looked up and through the windshield, a roof peeled off a building down the street and flew toward him. The memory is still vivid in his mind.

“The roof hit us. The truck lifted off the ground three times and slammed down,” he says. “Blue recycle bins swirled in the air and bricks flew off houses, hurling toward us.”

He says he could hear loud bangs, windows shattering, the vibration of steel and the howl of the wind.

“I was scared. There was a feeling of helplessness. I hoped I wouldn’t die,” he says. “The streets were landmines. There were nails, broken glass, metal everywhere. No one could get in or out.”

He would soon find out he had survived one of the record-breaking six tornadoes that struck the Ottawa-Gatineau region on Sept. 21, 2018. It’s still shocking more than a year later.

“There was nothing I could do but pray I would survive.”

One of the tornadoes hit Gatineau’s Mont-Bleu neighbourhood around 5 p.m. after jumping across the Ottawa River, having already ripped through Kinburn and Dunrobin in the rural western part of the City of Ottawa.

Environment Canada later confirmed the tornado had an EF-3 rating with winds up to 265 km/h. It was the most powerful of the six.

As a resident of the neighbourhood hit hardest, Morin says he was not allowed to enter his home to retrieve any belongings for two months. His truck was irreparable, and he estimates there was around $100,000 in damage to his home. He and his family were relocated to another part of Gatineau until July 2019.

He says the Canadian Red Cross helped by giving money, clothes and temporary food stamps after the disaster.

Morin was certainly not alone in his need for assistance. More than 1,000 residents received help in Gatineau in the three days following the tornado, with 95 families receiving temporary accommodation, according to numbers released by the Red Cross six months after the disaster struck.

Red Cross spokesperson Alexandre Rochefort says the funds given for relief operations in Gatineau were just more than $3 million as of Feb. 28 of this year. He says a one-year-after report for the tornado response will be released soon.

Morin praised the relief efforts made by the Red Cross, but says he’s received nothing tangible from any level of government.

“The government was not prepared for it at all. Nothing of this size ever happened before, so they were not ready,” says Morin. “The community members helped each other more than anything.”

Liberal MP Greg Fergus, who represents the Mont-Bleu area and is running for re-election in the federal riding of Hull-Aylmer, says his office worked closely with the local community following the event.

“The tornado’s aftermath pushed me as an MP to use everything in my power to help people. Many of the apartment blocks that were torn apart by the tornado have been rebuilt, and we are pushing hard to finish the rest,” he says.

While Morin’s home is mostly repaired, driving through the community one can see houses still boarded up with plywood and now-vacant lots. The four-storey apartment building across the street from Morin’s home is now just grass (see photo), an example of the drastic changes the tornado brought to the neighbourhood.

Despite the losses, Morin says his community is slowly recovering.

“There are still a couple years until this neighbourhood will be back to normal,” he says. “Those 30 seconds changed Mont-Bleu, but it will eventually be better than before.”

He offers advice to those who may not recognize the real danger of tornadoes.

“You can’t prepare for anything like this,” he says. “You never know until you’re in it. I’ve never been so scared in my life, so helpless. There was nothing I could do but pray I would survive.”

With COVID-19 forcing people to practise physical distancing, a pet can make a big difference in terms of emotional… https://t.co/xkjAN8J3SE

Ready to take a sip of summer? Then, take a minute to pause your work and daydream about these drinks 🍹 a thread 🍹

Premier Ford said Ontario could enter stage three of reopening by the end of July. Ontario has deployed an emergen… https://t.co/guwl0NmtHE

ICYMI: Many Canadians refused to celebrate Canada Day this year, here's why one of our reporters didn't celebrate t… https://t.co/gU0guR4GAY