4 days ago 0 6 min read
We use cookies to provide a personalized experience for our users. By continuing to browse this site, you give consent for cookies to be used.
Got it!
Home > News > Transit > NCC’s colourful ‘Fall Rhapsody’ leaf spectacle restores sense of normalcy in COVID times 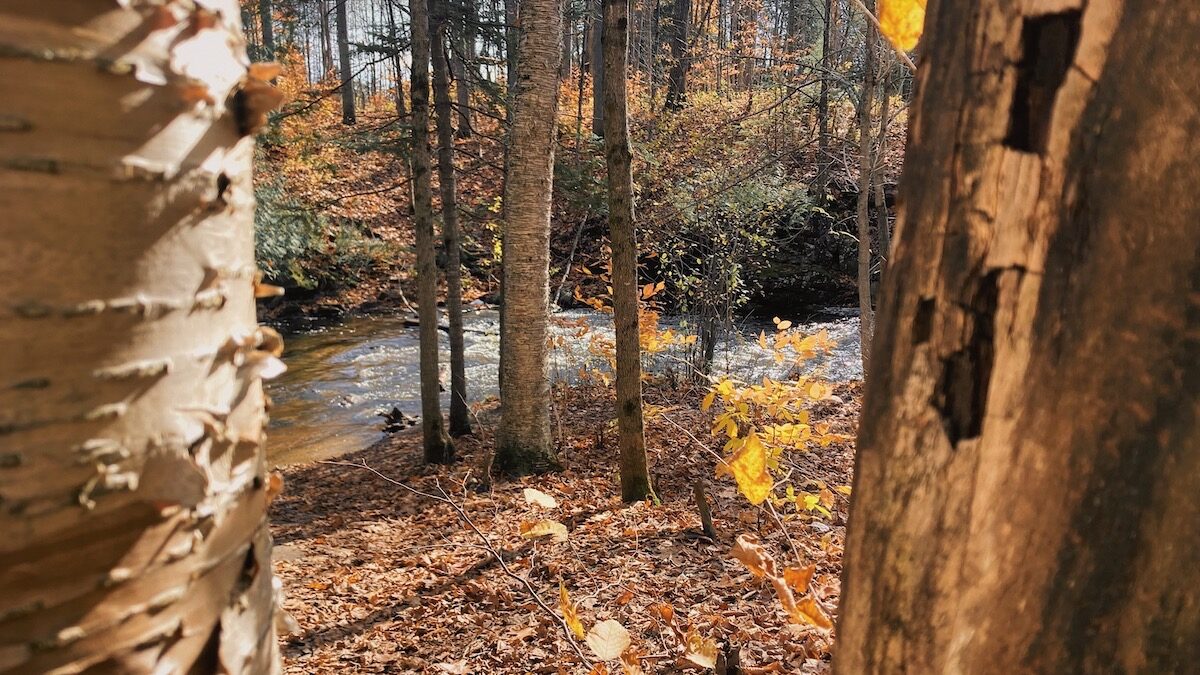 Despite some cool, rainy weekends, Gatineau Park and other green spaces in the national capital area saw a heartening turnout for the NCC’s 41st ‘Fall Rhapsody,’ which ended Oct. 24.

Rhapsody is defined by Oxford Languages as “an effusively enthusiastic or ecstatic expression of feeling.” That made it a good choice back in 1980 to capture the colours of the fall in the Ottawa-Gatineau region.

The National Capital Commission’s Fall Rhapsody began as a way to bring more attention of local residents and tourists to the stunning autumnal display that washes over local forests each year.

Four decades later, the program is still fulfilling that purpose, only now with shuttle buses ferrying visitors to enjoy the fall spectacle and social media giveaways. While the pandemic has altered the flow of onlookers in the capital’s parks and other stretches of greenery, the open spaces have shifted smoothly to accommodate safety protocols.

Allison Eagen is the manager of public programs and communications in Gatineau Park, and speaks to the evolution of the initiative over the past two years.

“We were really happy to see both seasoned users as well as a lot of new visitors coming to the park during this year’s Fall Rhapsody. And especially we were happy to get the shuttles back in service after a year of hiatus in 2020.”

With limited capacity and mandatory masks in the shuttles, Eagen said the turnout was lower than in previous years, as was expected given the natural unease about public transportation during the pandemic. Still, having the transportation option was a positive.

“For us, it really increases access to the park for people who wouldn’t normally have access,” said Eagen.

She insisted that ensuring public access to these spaces is a top priority of the NCC.

Certain areas, such as Pink Lake in the south end of Gatineau Park, required more facilitating than others. The trail around the lake’s stunning green water has a few pinch points which required staff to implement one-way directions to ensure proper distancing.

Eagen said the social media contests that began in 2015 and continued through the pandemic offered a way to see how others saw the land and to help them discover more of it. “We liked to see what places people like to visit and how they perceive those spaces.”

Cash prizes incentivized park visitors to go to local bistros, Greenbelt farms and other all-season trails — an important way to encourage a return to greater normalcy after the months of lockdowns left businesses struggling.

While the NCC usually has more happening during Fall Rhapsody, this year the federal agency was able to support a peripheral event in the Harvest Festival organized by the Fairbairn Heritage House in Wakefield.

One significant change this fall was to have the Gatineaus’ parkways open only to active use — cyclists and hikers — and closed to motor vehicles before noon. The initiative gave exclusive access to “people using their bodies to get from one place to the next,” as Eagen put it.

She recalled hearing from people how much they appreciated being able to get outdoors to enjoy the changing leaves. Some may not have been able to do so without the shuttle service, and cyclists flocked to see the brilliant colours: “Seeing the smiles on people’s faces,” said Eagen, “was a great memory for me.”