1 week ago 0 3 min read
We use cookies to provide a personalized experience for our users. By continuing to browse this site, you give consent for cookies to be used.
Got it!
Home > Commentary > Ontario must figure out its rapid test distribution — and it needs to do it rapidly to help halt COVID’s latest wave 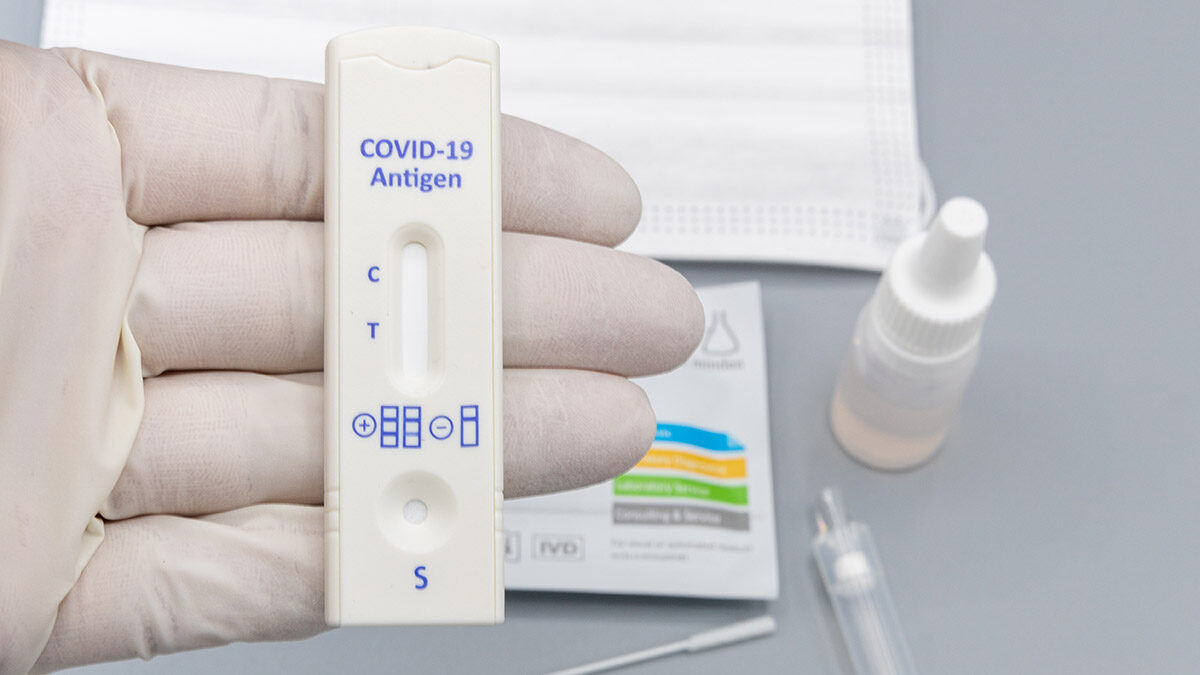 COVID-19 antigen tests are rolling out to pop-up sites across Ontario. The distribution could be better, says Capital Current writer Jonathan Tovell. [Photo "Covid-19 Antigen Rapid Test" by dronepicr is licensed under CC BY 2.0]
Commentary

The highly contagious COVID-19 variant Omicron is spreading throughout the world and Ontario is treating rapid testing like a Boxing Day sale.

There were long lines of people at malls, transit hubs, libraries and other retail settings throughout the Greater Toronto Area, as well as in Kingston, Peterborough and elsewhere.

The government also made take-home kits available at select LCBO stores on Dec. 17, including seven locations in Ottawa, where people lined up in the wee hours of the morning to be told the kits had not even arrived yet. The tests finally made their grand entrance and were cleared out in hours. Every participating LCBO was out of stock by the end of that day, and the government announced they would be getting no more.

Omicron may infect and multiply 70 times faster than Delta and the original SARS-CoV-2 virus, according to a study under peer review at the University of Hong Kong.

In that case, I’m sure lining up in a mall alongside scores of others is giving people more reason to need a rapid test later on.

Meanwhile, those who don’t have time away from work to attend a pop-up blitz or would rather not stand around with a line of people on a winter morning have to pay between $20 and $40 for one test administered by staff at pharmacies such as Walmart and Shoppers Drug Mart.

That’s if you don’t want to pay between $50 to more than $350 for packs of kits from online shops, such as the Canadian Shield – currently out of stock until January 2022 – or scalpers on Craigslist.

All of this is problematic for folks who might have to reallocate money from tight budgets to buy tests just as they’re becoming a critical tool for those who work in settings with an increased risk of infection — or who live in a residence dorm.

I am living in residence at Carleton University during the school year. Last week, I received an email from Housing and Residence Life Services saying all students must provide proof of a negative result through a rapid test before stepping foot in the dorms in the new year. The university is not offering any tests itself, as it did in October before a week-long mid-term break.

Since then, Carleton’s residence services now say a rapid test is no longer mandatory but recommended. It would still be a good idea if the university had kits to give to their thousands of residence students, because as we’ve learned throughout this pandemic, an extra supply of personal protective equipment and testing tools is crucial.

Post-secondary students were not guaranteed test kits from the government either, but students at public elementary and high schools did receive free kits. In a bizarre move, teachers did not receive tests. One of the ways they were able to get a test was by looking through the garbage for kits after some students threw theirs away.

Ontario has received more than 30 million rapid tests that haven’t been deployed and has already sent about 34 million tests to their final point-of-care settings, according to the Government of Canada. I find it hard to believe that we must treat rapid test kits like a retail clearance event or a chance for pharmacies to get more money.

There is some discussion about seeking advice from Canada Post. It’s delivering piles of flyers and other unsolicited mail to homes across Canada — why not deliver rapid tests?

It’s not that simple. The test kits include a buffer liquid that must be stored at between 2 Celsius and 30 Celsius, which is challenging when placed in an outdoor mailbox during the winter. Maybe all that junk mail could act as insulation?

In all seriousness, the kits should be far more accessible to residents than having a sprinkle of pop-up sites per city, let alone only one site in Ottawa at the Minto Recreation Complex in Barrhaven. Delivery companies and Canada Post letter carriers should be distributing test kits to apartment buildings, community centres or convenience stores, along with post offices in cities, towns and rural communities. Pharmacies should be giving people the option to pick up a free test instead of paying to receive one administered by an employee.

Making tests more accessible to Ontario residents who need one will ultimately make workplaces and densely populated residences safer while we get our booster doses of the vaccine.