4 days ago 0 6 min read
We use cookies to provide a personalized experience for our users. By continuing to browse this site, you give consent for cookies to be used.
Got it!
Home > News > Ottawa > Ottawa councillor Jeff Leiper suffers a heart attack while shovelling snow 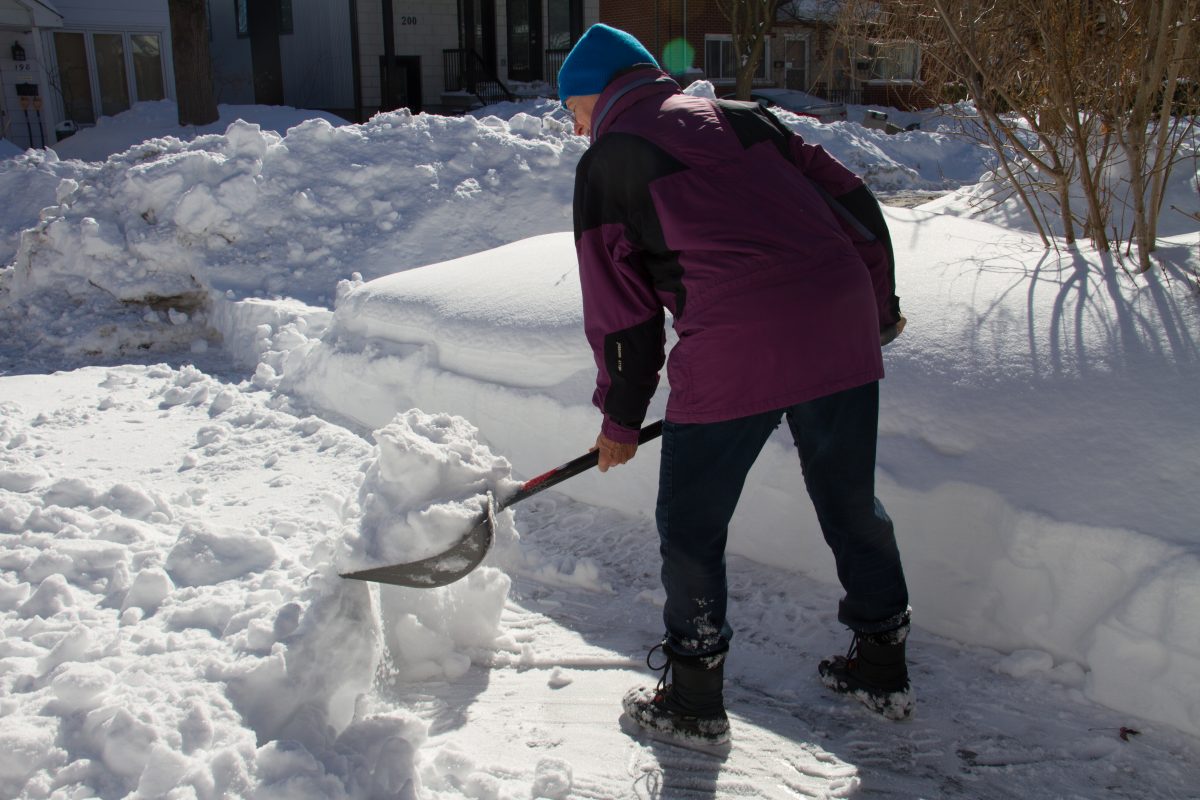 When your clearing your walkway from snow after a storm, be careful. [Photo @ Meagan Casalino]
Capital Currently

Kitchissippi Ward Councillor Jeff Leiper is recovering in hospital from a heart attack suffered when he was shovelling snow.

The councillor, who is 48, said he suffered the attack as a result of a blocked blood vessel. He was given an angioplasty and is on his way to a full recovery. But he said he will be take some time to recuperate.

Leiper said he has smoked for 30 years and now plans to quit as a result of the incident.

Goodly amount of snow out there! Word this morning – no surprise – that sidewalk plows are on blowers, so they’ll be a while on the side streets. I’ll be heading out after CBC’s fart cannon coverage to shovel as much of my block’s sidewalk as I can. Looks light at least!

Wishing ⁦@JLeiper⁩ a speedy recovery. His statement about a health-related absence here. pic.twitter.com/Yud8hKlrQY

News reports say a 65 year old Ottawa man also suffered an attack digging out from under the massive snowfall that hit the region Tuesday night and Wednesday.

While men have a higher risk of suffering from a heart attack during snow removal, age does not play a factor, the study showed. Hospital admissions showed a 16 per cent increase on days with a snowfall and the number of heart attack related deaths increased to 34 per cent a day after a snowfall of more than eight inches.

The study also suggests people with a higher risk of heart attacks should consider refraining from shovel snow for their own safety. Ottawa Public Health and Ottawa Paramedic Services tweeted out tips and warning signs for heart attacks.  Their advice: take it easy, help out your neighbours and push,­ don’t throw, the snow to avoid back injuries and other health consequences.

A lot of you will (sigh) still be shoveling today

Please take it easy. Push the snow instead of throwing it. Lift small amounts at a time. Pace yourself.

If you are experiencing chest pain while shoveling, stop and call 911 immediately pic.twitter.com/jpeAdV4hwO

Well, it would seem that we’ve received…
*looks outside*
…some snow

Take it nice & slow when shoveling. And keep an eye on your neighbours in case they need some help.

Shoveling can be a sterneous activity. Push the snow and avoid throwing it to save your back and your heart. If you are experiencing chest pain while shoveling, stop and call 911 immediately. pic.twitter.com/Q3YV0kvG2A