3 days ago 0 5 min read
We use cookies to provide a personalized experience for our users. By continuing to browse this site, you give consent for cookies to be used.
Got it!
Home > News > Ottawa > Ottawa Urban Design Awards recognize architectural excellence 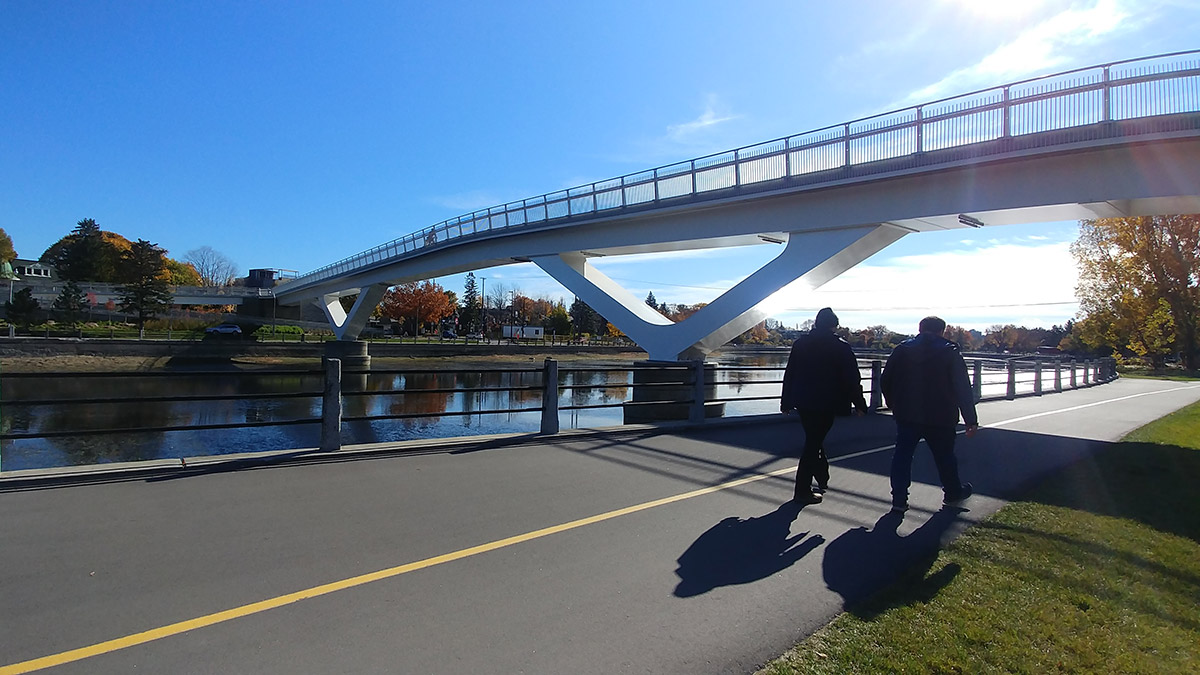 The winners of this year’s Ottawa Urban Design Awards range from an Indigenous-inspired outdoor gathering space to an Op Art-themed university science facility. The awards also opened up a new People’s Choice Award.

The awards celebrate the city’s best in architecture every two years. The contest recognizes projects in six categories including public and civic spaces, urban infill, community initiatives and student projects.

In a statement, Mayor Jim Watson said these projects “help transform Ottawa’s communities into more vibrant, dynamic and livable places.” A jury of three independent urban design experts selected the winners. Here is a look at some of winners.

This year, the Urban Design Awards engaged the public in a new way, with the first ever People’s Choice Award. Rather than a panel of judges, Ottawans voted online to determine which nominated project would win. By the time the survey closed, the Gather-Ring on the Portage Bridge Plaza had received the most votes.

The Gather-Ring, which also won an Award of Excellence in Community Initiatives and an Award of Merit in Urban Elements, was completed for Canada 150. According to the Gather-Ring’s website, the project was created “in the spirit of reflection and reconciliation.” The shimmering glass pendants were hand-made by artist Charlynne Lafontaine, and woven together as a dreamcatcher, supported by four columns to form a canopy.

In addition to combining two iconic symbols, the Tree and the Dreamcatcher, Project Leader, Carleton University architecture professor Manuel Báez said that he consulted with Anishinaabe elders while working on this project. According to Báez, the four wooden benches between each of the four pillars are a reference to the symbolic act of indigenous communities gathering in a circle. Báez said the goal of a gathering circle is for storytelling and dialogue among a community. However, Báez also called this “a universal theme, that really goes back to gathering around a campfire.”

Another project with a strong community focus is the Flora Footbridge, which won the Award of Excellence in Public Places and Civic Spaces, and in Urban Elements. The bridge connects Old Ottawa East to the Glebe, and allows pedestrians to walk or bike over the Rideau Canal.

According to Mark Langridge, an architect for DTAH who helped design the bridge, the shape of the structure “was inspired by some of the locks on the Rideau system,” and how they make “a series of shallow, tapering, angled lines.” Langridge said. The lines inspired his team and led them to make a sleek and horizontal bridge.

The goal, he said, was to construct a “contemporary bridge crossing that related to the character of the Rideau.”

Andrea Dean, a lawyer and longtime resident of Old Ottawa East, uses the bridge three to four times a week. Besides seeing the structure lit up in the evening, Dean said she enjoys the access it provides to the Glebe and at Lansdowne Park. Dean added that she hopes to see similar projects built in Ottawa in the future. In her view, such structures are “easier on our road systems and good for the environment” because they make Ottawa more accessible for individuals who want to walk or bike to work.

The Rockcliffe Park Field House is an all-season, all-weather outdoor field house and it received an Award of Merit for Public Places and Civic Spaces at the Urban Design Awards. Since opening in December 2018, the building has served as a central hub for activities mainly organized by the “Rockcliffe Hosers” community group. It is situated in the middle of four neighbourhood landmarks: the Rockcliffe Park Public School, soccer field, Jubilee Garden and the skating rink.

Jelle De Roeck, the lead architectural designer, said he wanted to create an outdoor living space that could be enjoyed by anyone, from people at the rink to parents with strollers and kids. He also described the field house as “a gathering place, [where] all of those parents should come and meet at the same spot, or grandparents walking through the park can sit down.”

De Roeck also said the field house is “meant to be a place where people feel safe at night, instead of being alone in the park when it’s dark out,” he said. The roof was built slightly pitched forward so that it can project light in all directions after dark. He said because of this design choice, “it’s actually kind of like a lantern at night.”

The University of Ottawa STEM Complex was also built with a clear goal in mind. “The STEM building creates a new edge that defines that kind of urban room within the campus, which is called Marion Square,” said Project Manager Matt Johnson.

The complex, which opened in fall 2018, won an award of merit for Urban Infill Mid-High Rise. lt replaces pre-existing or temporary structures that previously housed the Science and Engineering faculties, and was needed for the growing demands of programs in those fields.

The exterior of the building was inspired by a mural that had been painted directly on the stone of the temporary structure entitled “Les Yeux.”  The design team recreated the visual of two eyes on the side of the new building.  “That was our way of responding to the heritage of the work of art we were inspired by, and still maintaining that urban art for the public to appreciate on that important side of the project,” Johnson said.

The team decided to maintain the Op Art, pixelated look for the other sides of the complex, to have a consistent style.

Inside, “it’s spare in its application of finishes because we kind of wanted it to be a building where there was a spirit of prototyping and working out problems,” said Johnson.  The raw and exposed concrete throughout part of the interior was meant to portray the image of a big workshop.

The STEM Complex was not the only winner to pursue a specific design style. The interim home of the Senate of Canada is a restoration of what was once the Ottawa central train station. Along the east end of the structure, long columns serve as a modern interpretation of the Beaux-Arts façade.  The restoration of the building’s interior contributed to it winning the Award of Excellence for Urban Infill Mid-High Rise.

Similarly, Ottawa’s Four Corner’s building, formerly known as the Montreal Telegraph building was included on the list of urban design excellence for its 2018 restoration.  The federal building, which won an Award of Merit for Urban Infill Low Rise, is also on the Canadian Register of Historic Places.

The eight projects that won an Award of Excellence will be sent forward as the Ottawa entries for the 2020 Royal Architectural Institute of Canada’s Urban Design Awards competition, which will take place next year.

You can see the entire list of winners here.

IN THE NEWS: Wednesday, Nov. 6