5 days ago 0 3 min read
We use cookies to provide a personalized experience for our users. By continuing to browse this site, you give consent for cookies to be used.
Got it!
Home > News > Social Issues > Thousands of permanent residents have no say in Ottawa’s election 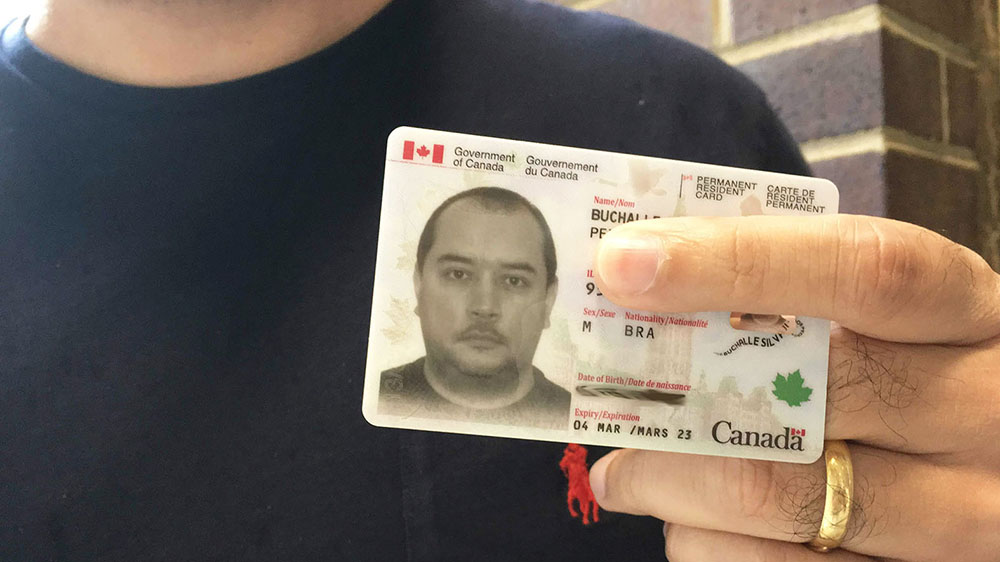 Pedro Silva wishes he could vote on Oct. 22, but it will be at least two years before he can. [Photo © Meredith Lauzon]
Ottawa Votes 2018

Thousands of permanent residents have no say in Ottawa’s election

Pedro Silva became a permanent resident in Canada in January. He has been living in Ottawa with his wife for almost two years, but on Oct. 22 they will have no say in choosing either a mayor or a city councillor. As an active resident, he thinks that is unfair.

“If you live here and you are now here in a permanent status, you pay taxes, you are part of the community, just [like] any other citizen,” says Silva.

Under provincial legislation, only Canadian citizens can vote in municipal or provincial elections. That’s true federally as well. But there is a growing movement to extend the right to vote at the local level to permanent residents.

Toronto, Halifax, North Bay and Vancouver are among a growing list of Canadian cities that want to give permanent residents the right to participate in municipal elections. So far, Ottawa is not among them.

Earlier this year in Nova Scotia, a private member’s bill was introduced in the legislature that would allow permanent residents to vote in municipal elections, but it died after first reading.

Cities across Canada have endorsed the idea that permanent residents should be able to vote in municipal elections.

“Permanent residents are often new Canadians who are dealing with a lot of government programs and services,” Conacher says. “To give them the vote would give them a greater say and would likely improve those services, which lots of other people access as well, but particularly people who are new here, as they are adjusting and getting set up.”

The list of requirements to become a permanent resident includes: work experience inside and outside Canada, a certain level of education, and English or French proficiency. Once a person becomes a permanent resident, he or she must live in Canada for at least three years before applying for citizenship. To become a citizen, the person must also pass a test on Canada and its history. Only then does the right to vote kick in.

“You pay taxes, you are part of the community, just as any other citizen.”

Conacher, who also teaches law and politics at the University of Ottawa, says the citizenship test does not prepare a person to become an engaged citizen.

“The citizenship test is kind of basic facts and figures; not really how can you be an active citizen and deal with government and city hall and provincial government and ensure you are getting the services you have a right to,” Conacher says.

In Ottawa, more than 62,000 residents are non-citizens and therefore cannot vote, according to Statistics Canada 2016 census data. Despite this, council has not passed any motion asking the province to extend municipal voting rights to those in this group who are likely permanent residents. Yet municipal elections historically have low voter turnout. In Ottawa, in the 2014 municipal election, turnout was just 39.7 per cent.

While permanent residents cannot vote in Canada, other countries allow non-citizens to vote in local elections.

Fabien Kalala Cimankinda, one of four candidates running for city councillor in River Ward, says giving permanent residents the right to vote would be the fair thing to do.

“You do not have to be a citizen to see that municipal affairs are affecting 80 per cent of our lives,” says Kalala Cimankinda, who immigrated, then became a permanent resident and is now a citizen. For him, the fact that these people are residents of Ottawa is what should count.

Pedro Silva says he understands why some people don’t think permanent residents should be allowed to vote.

For example, some government jobs, for national security reasons, require Canadian citizenship. “That makes sense,” he says. But at the same time, Silva says that he would like to have a say in who will be elected for the ward where he lives.

“I think it makes sense that you have the interest in choosing the people that will represent your interests.”

From political prisoner to council candidate

Originally from the Democratic Republic of Congo, River Ward council candidate Fabien Kalala Cimankinda moved to Canada in 2005. In 2009, Kalala Cimankinda lost his Congolese citizenship after becoming a Canadian citizen. While this is the first-time Kalala Cimankinda’s is running for office, this isn’t his first involvement with politics. In 2011, he went back to Congo to help with an election.

“That 2011 election was really almost the first democratic or very fair election and that is why I went there, because I believed in it. I saw the hope that that country can change and I wanted to help,” he says.

The Congo is Africa’s second largest country and has a history of dictatorship. Conflicts have taken the lives of millions in the country.

During the 2011 elections, Kalala Cimankinda worked with an opposition party helping educate the public on voting and the democratic process. The day he was supposed to return to Canada he was arrested in the airport by Congolese police.

“I was arrested, I was tortured and I almost got killed,” says Kalala Cimankinda.

He had his passport confiscated and was imprisoned for two weeks. After his release, he waited another two weeks to have his Canadian passport replaced.

When he finally got back to Canada, Kalala Cimankinda wrote a book in French titled Noel en Prison, “Christmas in Prison”.

Kalala Cimankinda says that he does not consider himself a politician.

“I truly believe that a city councillor is not a politician, it’s a community leader. That is what we do. It is just connecting communities and the services, making sure the community has the services.”