1 week ago 0 3 min read
We use cookies to provide a personalized experience for our users. By continuing to browse this site, you give consent for cookies to be used.
Got it!
Home > News > Science > Protecting the peat: Conservationists have bought a bit of the threatened Alfred Bog 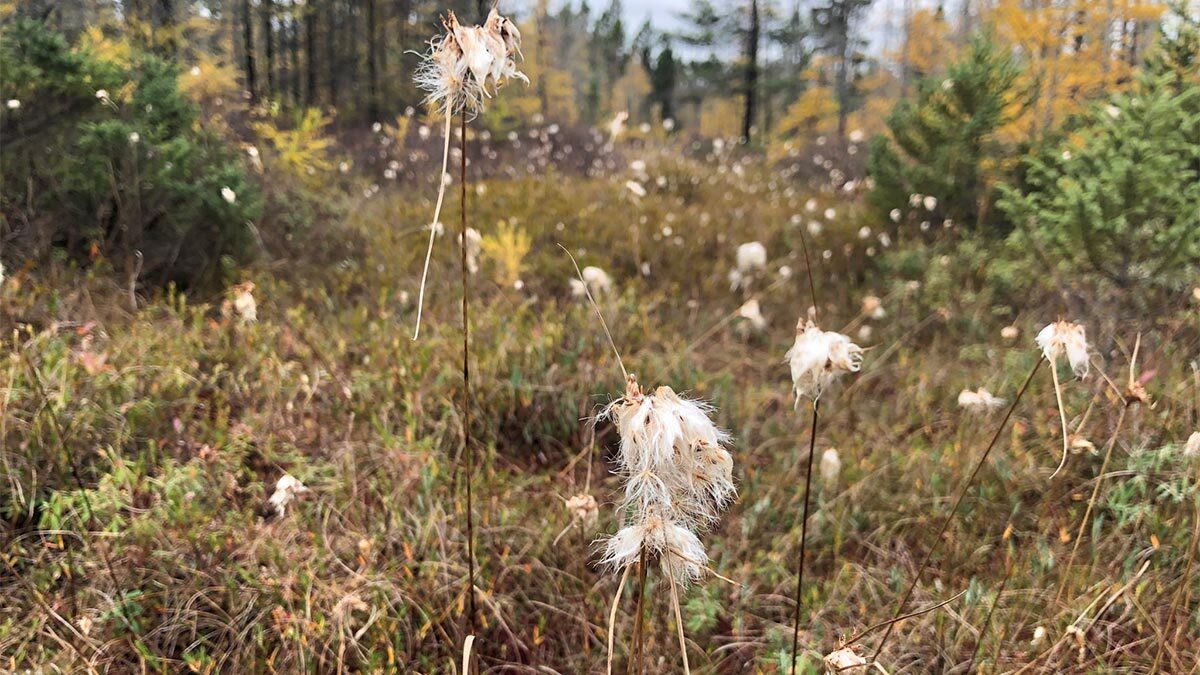 The Alfred Bog, pictured here, remains the largest in southern Ontario, but agricultural development and peat stripping over the last two centuries have reduced it to a fraction of its former size. [Photo @ Nature Conservancy of Canada]
Climate Change

Protecting the peat: Conservationists have bought a bit of the threatened Alfred Bog

The thick dome of peat is up to eight metres deep at the centre of the Alfred Bog, a unique landscape plunked amid the farms and towns that crisscross much of the eastern arm of Ontario, about an hour’s drive east of Ottawa.

Eight metres of decaying vegetation takes a long time to accumulate – in this case, about 10,000 years – and over that span, the Alfred Bog has attracted a parade of plant and animal species ranging from plain to bizarre.

“We think of this bog as being big, beautiful and bountiful,” said Rob McRae, eastern Ontario program director for the Nature Conservancy of Canada.

So big, beautiful and bountiful, in fact, the nature conservancy partnered with other conservation groups to purchase the largest privately owned plot of land remaining in Alfred Bog, an 82-hectare parcel somewhere near the bog’s deep, domed middle.

The groups bought the land for an undisclosed price from an unnamed seller in May 2021, but only announced the deal earlier this month to mark an international day recognizing wetlands. The Nature Conservancy of Canada drew on a range of funding, including the federal Natural Heritage and Conservation Program and the Ontario Greenlands Conservation Partnership. The bog is a provincial nature reserve, and the province announced plans in April 2018 to turn it into a provincial park, although it has not yet done so.

McRae characterized the 82-hectare purchase – roughly the size of an Ottawa neighbourhood – as protecting “a fairly small piece” of the bog.

The piece is small, at least compared to the bog’s 4,000 hectares, 3,300 of which are protected by the Nature Conservancy of Canada or Ontario Parks. Under private ownership, however, McRae said the land’s “future was uncertain.”

If history is a reliable indication, the swaths of Alfred Bog that remain unprotected face a future more likely bleak than uncertain.

Nature built the complex ecosystem over millennia, layer by mouldering layer, and humans have taken about two centuries to tear much of it down. The recent purchase shields only a small, swampy parcel, but researchers and conservationists argue it’s precisely the sort of protection needed, albeit on a much larger scale, to conserve a landscape that plays a key role in addressing climate change.

Alfred Bog has been “eaten alive”

For some, the protections are long overdue.

“Alfred Bog has been pretty much eaten alive from the outside in,” said Murray Richardson, a professor of geography and environmental studies at Carleton University. “It’s been ditched and drained and burned and converted to agriculture.”

These factors have reduced the bog’s footprint to about a third of what it measured during the industrial revolution.

Using satellites and drones, Richardson and his students have collected data on the bog. Alex Foster, a former graduate student of Richardson’s, mapped the bog’s decay as part of his master’s thesis.

Despite the losses, the bog remains the largest in the region. It doesn’t quite match the footprint of urban Ottawa, but it isn’t far off. Even shrunken, its borders are slightly roomier than those of the nearby Mer Bleue, another bog that sits much closer to Ottawa’s outskirts.

Both were formed many centuries ago by the retreating Champlain Sea, a massive inlet of the Atlantic Ocean that was left behind when continental ice sheets melted after the last ice age.

Both are made of plants that decompose slower than they accumulate, piling into earthy mounds of peat.

But Alfred Bog doesn’t draw the same research, foot traffic or investment that Mer Bleue does.

It’s distinguished instead by a different type of human intervention.

“There are massive ditches that cut across the bog,” Richardson said. “When you approach the bog by car, or drive around its perimeter, you can see active mining happening. Active peat mining, massive vacuum harvesters driving around, huge stockpiles of peat that’s getting ready to be packaged up and shipped off.”

Peat is a rich carbon sink

Industries harvest peat for a range of uses, from landscaping to septic filters. But peat is also immensely valuable just sitting in the ground, undisturbed.

Peatlands, she added, hold a lot of carbon – much more per unit area than other carbon sinks, including forests.

“A forest can burn. A forest can die. Peatlands are much harder to kill, and their carbon is much more stable below ground,” Loisel said. “Conserving these ecosystems becomes important, and it becomes almost a symbol of the fight against climate change.”

The recently purchased plot, located near the bog’s mostly intact centre, makes it an especially important candidate for protection, said Jakob Mueller, president of the Ottawa Field Naturalists’ Club, a non-profit natural history group that contributed $10,000 to the purchase.

As long as the parcel remained in private hands, Mueller said, it was at risk of being drained for agriculture or stripped of its peat. Its central location in the bog meant any tampering would have fragmented the habitat and harmed surrounding parcels as well.

“An equally sized parcel of land right on the edge of the bog is also good to preserve – or maybe rehabilitate, to whatever extent that’s possible. It really helps secure a big chunk of the bog from potential future impacts.”

But, Richardson says, it’s “hard to prioritize” protection of any one part of the bog over another. The centre is important, he said, because it holds a much greater volume of peat. At the same time, easy access to the bog’s outer edges could make those sections more appealing to peat strippers.

Ultimately, though, Richardson said conservationists likely bought the parcel simply because it was the one up for sale at the time.

Regardless of the reason, Michelle Cavanaugh, team lead for South Nation Conservation Authority, praised the transaction.

“It just helps ensure that it’s going to be protected for the long term,” she said. “It’s so rare – it’s not something that you are able to see regularly.”

The conservation authority is responsible for maintaining the only official hiking trail, a short boardwalk, that runs through Alfred Bog.

The boardwalk only provides a limited glimpse of, as McRae put it, the bog’s “big, beautiful” bounty. It’s a glimpse, however, of an ecosystem that runs the gamut from plain to bizarre, from the carbon-dense peat that forms its basement, to the carnivorous plants, rare birds and moose that visitors can spot on its mossy surface.

Visit in May, Cavanaugh said. That’s when the orchids are in bloom.