2 days ago 0 2 min read
We use cookies to provide a personalized experience for our users. By continuing to browse this site, you give consent for cookies to be used.
Got it!
Home > News > Ottawa > Rideau Canal Skateway set to celebrate its 50th season with hockey 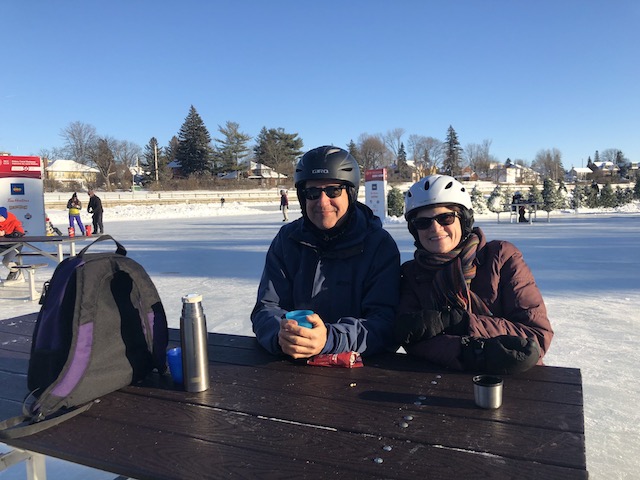 Weather permitting, the Rideau Canal Skateway will celebrate its 50th season with a Canadian tradition, hockey.

For many years the National Capital Commission didn’t allow the public to bring hockey sticks unchecked onto the skateway. But this year the puck will drop and skaters will be allowed to play in a number of shinny rinks being created on Dow’s Lake as part of the 50th celebrations.

Jean Wolff of the NCC said that the Skateway had not allowed people to play pick-up hockey or other ice sports on the Skateway for safety reasons. There were some events featuring games involving politicians and other prominent people. This year, an area of Dow’s Lake will be fitted out with hockey rinks where anyone will be free to play. Players simply have to reserve in advance through the NCC’s website, similar to how people registered online to skate on the rink constructed on Parliament Hill for Canada’s 150th.

After prolonged anticipation, a 2.3-kilometre stretch of the Rideau Canal Skateway opened for business on Jan. 18, bringing skaters out of their homes and onto the ice. However a spate of warm weather closed the Canal. But just in time, on Friday morning two sections of the Canal — from Waverly Street to Waverley Street to Bank Street, and from Bronson Street to Hartwell Locks — reopened.

Even with ice conditions in an iffy state, the NCC will still celebrate Winterlude, starting Jan. 31.

You could meet a roving DJ who will grace the Skateway with music from the past five decades for people to enjoy when skating. The mobile DJ will start the night at Dow’s Lake making the skate to Waverlery Street.

Under the Bank Street Bridge there will be a Skateway photo exhibit highlighting memorable moments.

Winterlude will still have the Skateway as a focal point to the festival, said Melanie Brault of the Department of Canadian Heritage.

Last year’s skating season attracted 1.49 million visitors. This set a new record for the number of visits to the Skateway. Wolff said the weather will be the determining factor this year for visitors.

“The Skateway is natural ice making it totally weather dependent, but this is what makes the canal unique. It’s one of its main features,” said Wolff.

The Skateway is also a cornerstone to the 42nd annual Winterlude festival, Brault said. It’s a venue for different Winterlude events, such as the 37th Winterlude Triathlon, the BeaverTails Ottawa Ice Dragon Boat Festival and the Tim Hortons Shinny Hockey Day event. The shinny hockey day is a new event this year that will be an opportunity for youth to participate in an ice hockey tournament on the Skateway in the Dow’s Lake area.

Residents in Ottawa love and appreciate the Skateway because it is beautiful and unique, said Wolff.

“When you are on it as a skater or even just walking along it is quite an experience to be on the ice with the wind in your face and institutions of Canada on both sides of you, it is panoramic,” he said.

Not only residents of Ottawa enjoy the Skateway. Julia Thomson of Ottawa Tourism said that the Skateway is a “bucket-list item” for many people visiting Ottawa.

“The canal is one piece of the pie in winter in Ottawa and for tourists it is a major attraction,” Thomson said.

“It’s a multi-generational activity that everyone loves to participate in whether you’re a tourist or if you live in Ottawa,” Brault said.