4 days ago 0 8 min read
We use cookies to provide a personalized experience for our users. By continuing to browse this site, you give consent for cookies to be used.
Got it!
Home > Sports > Target missed: BlackJacks lose season opener in thrilling ‘Elam Ending’ 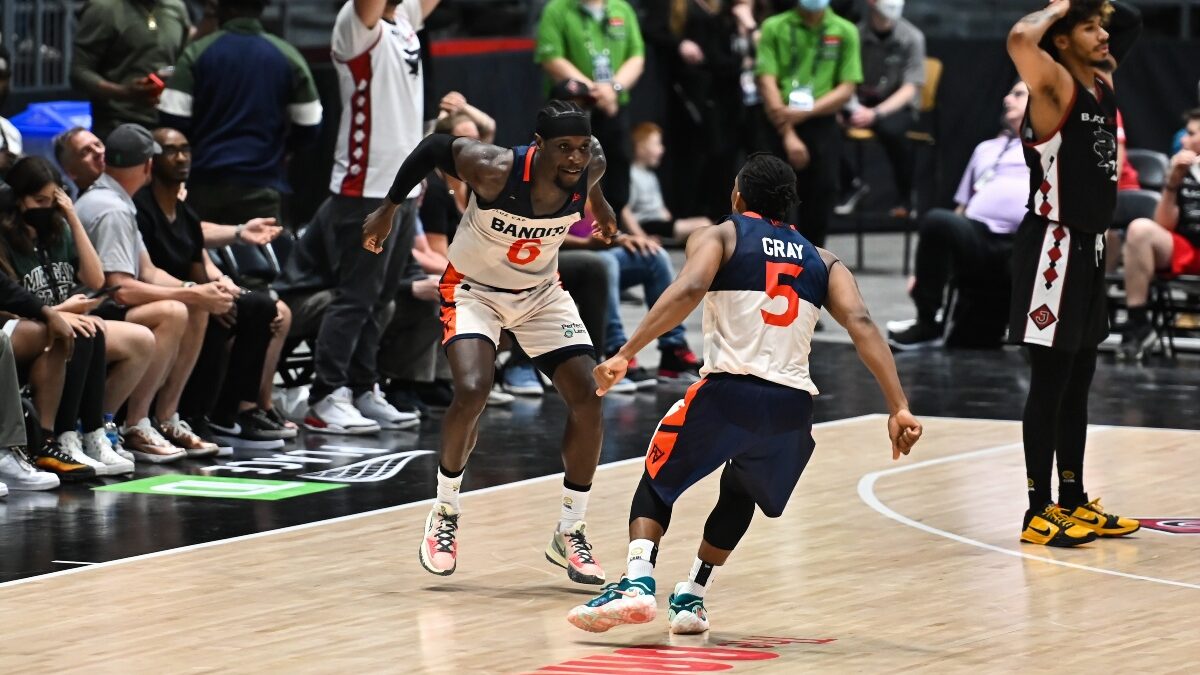 Just seconds after the clock ticked past four minutes in the fourth quarter of the Ottawa BlackJacks’ season opener against the Fraser Valley Bandits, the music that had been blaring faded as in-arena host Bobby Brugal began speaking.

It was time to explain the Elam Ending.

And so the final battle began. While the BlackJacks were leading the Bandits 80-79 in the first game of the 2022 Canadian Elite Basketball League (CEBL) season, the victory would be decided by who passed the target score of 89 first. The target set by the Elam Ending was nine points above Ottawa’s score at the four-minute mark of the fourth quarter on Wednesday.

This time it was the Bandits, from Langley, B.C., who hit the target first, scoring seven consecutive points May 25 to win 90-87 at the TD Place Arena.

Fraser Valley had an uneven night, leading briefly in the first quarter but soon falling behind the surging BlackJacks. The Bandits trailed by as much as 12 points halfway through the third quarter.

“[Ottawa] controlled much of the game,” Fraser Valley head coach Mike Taylor said. “They out-rebounded us, they played very physical and we struggled for a lot of the game to kind of get our feet under us.”

But Ottawa lost steam against the Bandits’ zone defence, allowing Fraser Valley to tie the game 75-75 with six minutes left in the fourth.

“We just kept at it,” said Bandits’ guard Kadre Gray, who scored 17 points with six assists. “We never quit. We just said, one possession at a time. Have faith in each other.”

After the Elam target score was set and the rules explained to a crowd of just over 2,000, the BlackJacks surged ahead again. Two free throws from guard Cody John made the score 87-83, leaving Ottawa a field goal shy of winning it all.

That’s when Bandits guard Alex Campbell made two free throws, then sank a lay-up, tying the game at 87-87. After BlackJacks guard Walt Lemon Jr. missed a lay-up of his own, Campbell hit a three-pointer to surpass the target score and win the game.

“[Lemon] went to the rim, had a point-blank shot that he missed,” BlackJacks head coach Charles Dubé-Brais said. “That’s the game right there and if he makes that, we all erupt, we’re all happy, smiling right now. That’s basketball sometimes.”

It doesn’t help that the BlackJacks lost the game’s best player, Deng Adel, just seconds before the Elam ending set in. Adel fouled out after scoring 37 points, the highest single-game total in BlackJacks history, along with nine rebounds and five assists.

Adel, who played 19 games with the NBA’s Cleveland Cavaliers in 2018-19, missed only two field goals and sank seven threes.

“As a competitor, you want to be on the floor,” Adel said. “It’s definitely tough but it’s also [about] trusting your teammates. You can always be in the game, even if you’re not on the floor, so you’re just trying to support them from the side, just cheer them on.”

Adel’s final line was an all-time performance, spoiled only by what happened after he took his spot on the bench. But his success in his first CEBL game bodes well for the BlackJacks as the season progresses.

“He’s been as good in this game as we’ve seen a player be in this league,” Dubé-Brais said.

The BlackJacks will travel east to play the Montreal Alliance on Tuesday, still looking for their first win of the season. The team returns home on June 2 to play J. Cole and the Scarborough Shooting Stars.

For Deng, the takeaway from May 25 is clear.

“Hopefully we don’t lose on the buzzer again,” he said.

With the Elam ending, the BlackJacks may not be able to avoid it.