3 days ago 0 4 min read
We use cookies to provide a personalized experience for our users. By continuing to browse this site, you give consent for cookies to be used.
Got it!
Home > Business > Small Business > Planned redevelopment of Byward Market parkade a ‘once-in-a-generation opportunity’ for the city 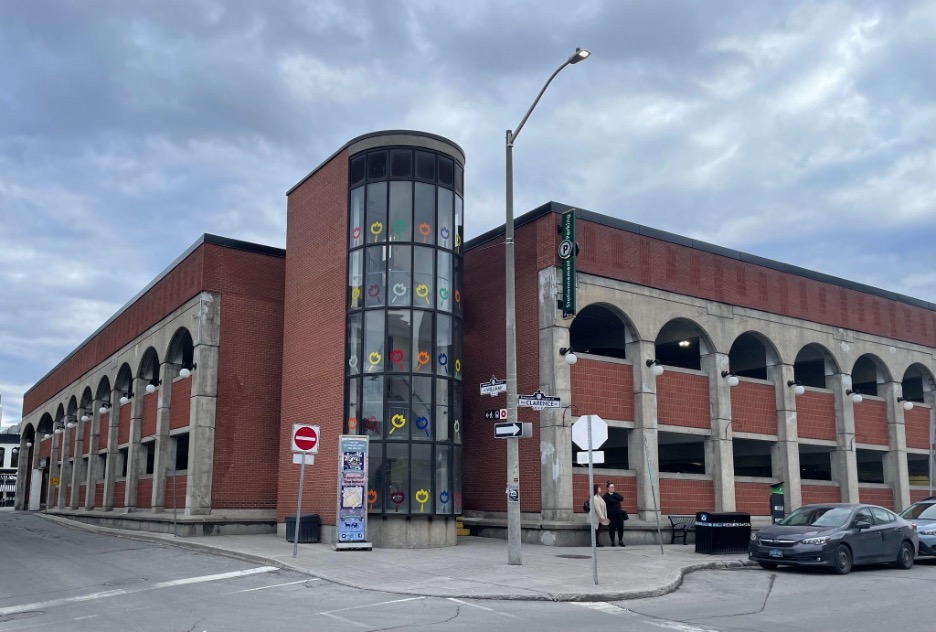 As the capital emerges into pandemic recovery mode, the City of Ottawa is inviting partners to submit proposals for the redevelopment of 70 Clarence St. — a huge property in the Byward Market seen as a transformative site for Ottawa’s key tourism district.

“This is a once-in-a-generation opportunity to re-envision and redevelop 70 Clarence St. into a destination to help reinforce the unique heritage character of the Byward Market, potentially ignite a new phase of revitalization and strengthen economic recovery efforts,” the city said in announcing the redevelopment plan.

The Market is one of Ottawa’s most popular downtown retail and restaurant hubs. The planned redevelopment of the sprawling site bounded by Clarence, William and York streets and ByWard Market Square — represents a major opportunity for the city, according to Zachary Dayler, executive director of Ottawa Markets.

The address currently houses six street-level storefronts and four levels of parking, making it one of the main destinations for those driving to the area.

The  property sits in the centre of the Market and city officials hope to see a revitalized space that can bring residents and tourists together in a new commercial and community destination, said Dayler.

The Byward Market is a major destination in Ottawa and a lively area containing one of the oldest public markets in Canada. It has “a mix of land uses, nightlife, outdoor vendors, courtyards and quaint streetscapes, surrounded by a residential neighborhood,” said Court Curry, the city’s manager of right of way heritage & urban design services.

The storefronts would be affected by any type of change to the current state of the site. But the city did not immediately inform the businesses renting space at 70 Clarence about the future of their leases and didn’t set out a clear timeframe for the construction, said Joshua Savoie, owner of Teastore, located on the York Street side of the property.

“Now, it’s concerning that we are going to be potentially ripped out of our homes after being gone for so long,” said Savoie. “I’ve been at this location almost 20 years and I don’t know where or when I will have to go.”

The six commercial spaces are occupied by small, local businesses that have all been affected by the pandemic, said Savoie.

“Nothing is happening right now,” said Dayler. “All that is happening now is we are asking for people to bring forward their best ideas. We haven’t told the tenants anything yet because there is nothing to tell.”

Developers were asked to submit a Request for Expressions of Interest proposal by May 10. The city will then review these proposals, but it is not clear when the project will commence, according to Dayler.

“Ideally, the city would like the redevelopment to be substantially completed for the Byward Market’s 200th anniversary in 2027,” according to a recent press release from the City of Ottawa.

The Byward Market is missing a central community space to gather, said Dayler, and the city would like to see an element of public space incorporated into the proposals for redevelopment.

“The Byward Market is the heart of Ottawa. It reflects our history and displays the best in local pride. Besides, the Market is our most important tourism hotspot when people visit our Capital City,” said Rideau-Vanier Coun. Mathieu Fleury in the city’s announcement about the planned redevelopment. “Being the Canadian capital, it has a unique opportunity with the destination building in the central part of the Byward Market. We must showcase its historic character and beauty and animate it to ensure it is a draw for locals and tourists alike.”

The building needs some tender love and care, regardless of whether the redevelopment is approved or not, said Dayler. Something will need to be done to rejuvenate or redevelop the 70 Clarence St. site, he noted.

A key challenge is how to incorporate parking in the redeveloped site.

“Respondents are being asked for their views on the role of on-site visitor and employee parking, and where new visitor parking facilities could be placed within the ByWard Market area,” says Curry.

The procurement of parking should be considered when requests for redevelopment are assessed, said Savoie.

Small businesses currently located at the site face potential obstacles in the days ahead, he said.

“Although I don’t know what is going to happen, I believe this redevelopment can be a very positive move for the community,” said Savoie. “This didn’t happen overnight; it has been talked about for years. I just want my businesses and the other businesses in this property to be considered.”

City council approved the plan in January. Now, said officials, it’s up to potential partners to pitch exciting and revitalizing ideas for the 70 Clarence property and the future of the Market.