3 days ago 0 4 min read
We use cookies to provide a personalized experience for our users. By continuing to browse this site, you give consent for cookies to be used.
Got it!
Home > Sports > UOttawa’s Asya Bartley selected for U Sports female apprentice coach program 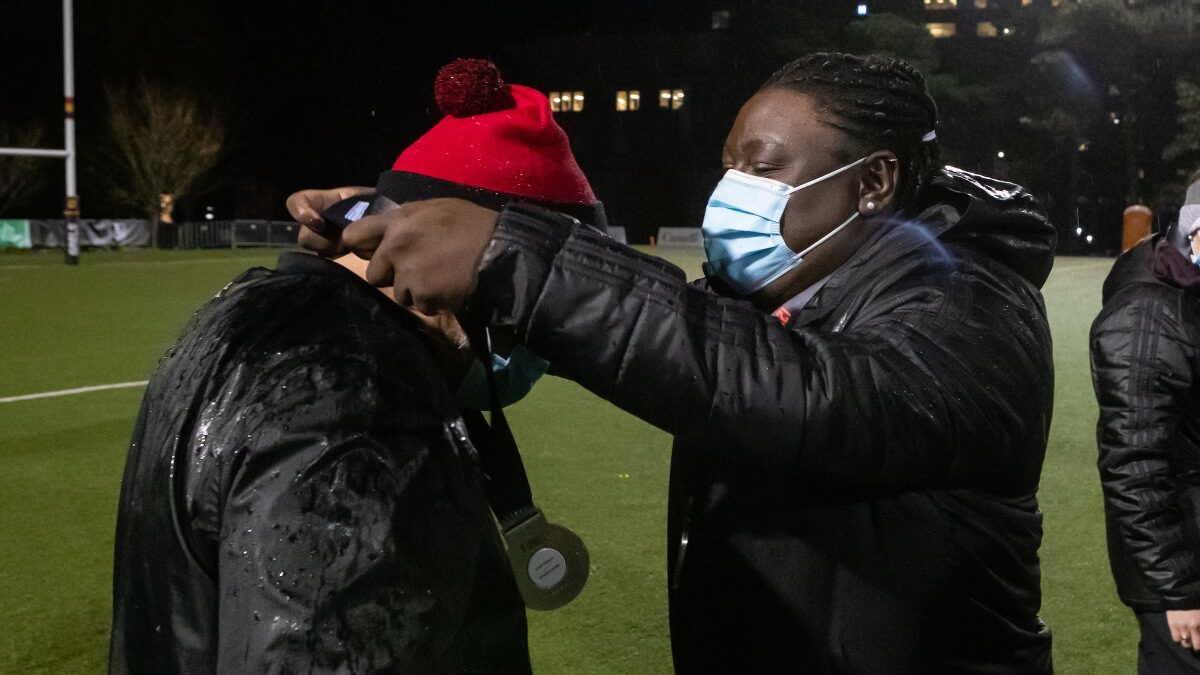 Asya Bartley, an assistant coach for the University of Ottawa Gee-Gees women’s rugby team, has recently been selected for the U Sports female apprentice coach program, a grant that provides funding for universities for the mentoring, skill development and hiring of female coaches.

Bartley, who played rugby at two-time national champion St. Francis Xavier University from 2008 to 2012, has served as set piece coach for the Gee-Gees since 2018, specializing in plays such as scrums, line outs and kickoffs, when possession of the ball is at stake. She is paired with uOttawa women’s rugby head coach Jen Boyd.

The program, in its third year, aims to increase the number of female coaches in Canadian university sport.

“This program celebrates women in coaching,” said Boyd, who is also the program manager of women’s rugby at uOttawa. “It just creates an opportunity at a really high level with a lot of resources … to really develop as a coach.”

Bartley coaches the team twice a week for an hour each and attends games on the weekend. She said she’s always talking with Boyd and getting feedback.

Bartley will also receive training and certification through the national coaching certification program, according to uOttawa’s assistant director of high performance Roger Archambault.

Despite coaching with the Gee-Gees since 2018, this is Bartley’s first year as a recipient of the grant.

“Asya’s worth the investment,” Boyd said. “She’s a phenomenal coach and we just wanted to pay her for her time. She’s worth a lot more than the grant, but it’s a start.”

Bartley is one 18 women selected for the apprenticeship program.

“We’re excited to continue to build upon our Female Apprentice Coach Program,” said U Sports director of sport Jennifer Smart in announcing this year’s grant recipients from an applicant pool of 37 women.

“She’s a phenomenal coach and we just wanted to pay her for her time. She’s worth a lot more than the grant, but it’s a start.”

“Despite the unprecedented COVID-related challenges faced in the first two years of the program, this initiative has already proved to provide the tools and atmosphere needed to open new doors and further coaching development in the U Sports ecosystem in the name of equity and diversity,” said Smart. “This program is built to foster the success of our proud alumnae who look to become coaches themselves in the future.”

Bartley said she gives younger athletes a role model and, as someone who graduated recently, relates to players better than an older coach might.

“If you don’t see female coaches, then it’s hard to envision yourself as a female coach,” Bartley said. “It’s hard for them to have that dream, that vision.”

Bartley also diversifies the uOttawa coaching staff. Archambault said having someone to connect with off the field can improve the environment around the team.

“Varsity student-athletes are in a high pressure cooker situation,” Archambault said, explaining the stress a player experiences academically, financially and on the field. “The big win for us is creating a safer environment for the girls to navigate through those challenges.”

This is echoed by Boyd, who said Bartley is the “ying to my yang.”

“She’s very different than me, so it provides an environment where we’re able to provide coaching and mentorship to a wide range of different kinds of learners,” Boyd said. “She’s invaluable to me and to the program.”

“We need to create the most conducive environment for (athletes) from a safety perspective, from a community perspective,” Archambault said. “Those are cornerstone pieces that need to be in place if you do want that performance piece.”

“If you don’t see female coaches, then it’s hard to envision yourself as a female coach. It’s hard for them to have that dream, that vision.”

While the importance of having a diverse coaching staff is clear, so too are the barriers that still exist for women in sports. Both Boyd and Bartley said the time and financial constraints of being a volunteer or part-time coach are often tough to overcome.

“Women typically aren’t in the positions where they can leave early for practice or they can take a Friday off or a weekend,” Boyd said. “(For) a lot of our male counterparts, it is very different.”

Another barrier is experience, Boyd added. She said some of her male counterparts were considered for jobs 10 years sooner than her with “a lot less experience.”

There’s also a different expectation on how to behave.

“If you don’t sit in the corner quietly, you’re going to run into a lot of challenges, because people don’t like change,” Boyd said.

Moving forward, Archambault said the Gee-Gees are prioritizing hiring female coaches. Of the last seven hires they’ve made, six have been women, he said.

“It is a goal for us now,” Archambault said. “We are better now because of it.”