2 weeks ago 0 1 min read
We use cookies to provide a personalized experience for our users. By continuing to browse this site, you give consent for cookies to be used.
Got it!
Home > Sports > The Blackjacks effect set to change Ottawa basketball and its talented players 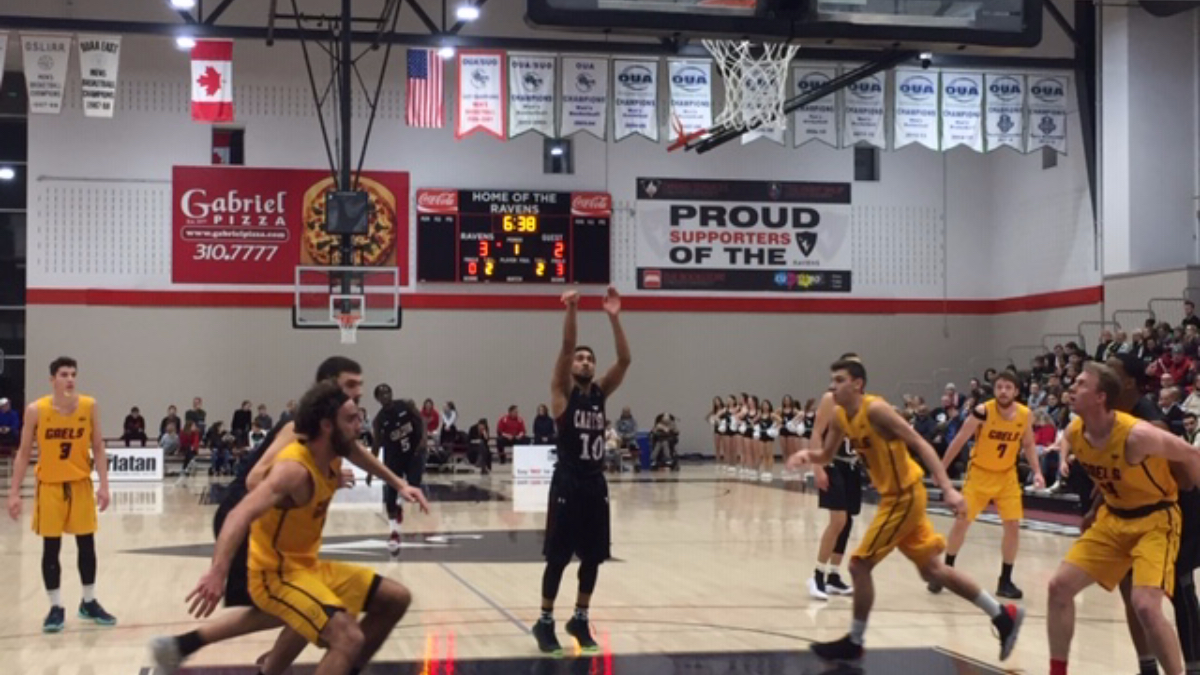 With much to do before the opening tip-off, the Ottawa Blackjacks are now looking to sign players for their squad. The search began in earnest on Feb. 1. Of the 10 players required, seven must be Canadian. According to top coaches in the city, the opportunity to earn a spot and make some noise is there for some of the country’s and even the city’s best talent.

The Blackjacks general manager is Dave Smart, the current director of Basketball Operations at Carleton University and a record 14-time National Champion as head coach of Carleton’s men’s team. On Jan. 24, the team signed former Carleton Ravens all-star Osvaldo Jeanty as the head coach. Both men know what talent might be available, especially in the national capital.

Taffe Charles is in his first season as head coach for the men’s basketball team at Carleton. His squad has an impressive 15-0 record. He’s led the Carleton women’s team to a national championship and he’s won a coach of the year award. It’s fair to say he knows what good talent is.

Speaking about the possibility of his players being chosen for the Blackjacks roster, Charles was optimistic, especially since one spot on the team is reserved for a current university player.

“It’s a really good opportunity for our fourth and fifth-year guys. It’s the university position they’d be after and they have the talent and experience to play at that level,” Charles said. “There may be a chance for one or two of our guys to have that opportunity. I just know because I’ve been approached about this possibility.” As of right now there are two fourth-year players and four fifth-years on Carleton’s team.

In addition to providing opportunities for university-level players, the new team could appeal to high school players as well.

Ottawa basketball legend Tony House, who heads the Canadian Top Flight basketball Academy, says the Blackjacks would be a great place for aspiring local talent to play. With his academy in its fourth season and already having graduated 15 players to college or university ball, he hopes he can continue to help find his players either a university or a professional team to play for once they’ve graduated high school.

“We’re going to have another five graduating players this year, so we’re making quite an impact,” House said. “Most of my guys aspire to play pro definitely, and with the Blackjacks it’s a no-brainer. Some of them would love to play for their hometown and train for money.”

And beyond the integration of top talent, the Blackjacks may have a greater impact on basketball community.

If the team manages to draw bigger crowds at TD Arena than the Ottawa Skyhawks (the city’s previous basketball team) did at the Canadian Tire Centre, House is sure that the Blackjacks’ arrival will pull more fans to basketball and encourage more young players as well.

“The diversity of our immigration really helps,” House said. “Basketball is a global game. It’s an affordable sport that everyone can play and more people see that now.”

Charles said Ottawa is a basketball-hungry town and the appetite to be a part of this game at a high level is consistently growing. He’s seen it first hand from the crowds at Carleton.

“We have one of the best support systems in Canada in terms of as a university,” Charles said. “So hopefully that translates to this pro league.”

The Blackjacks’ arrival has seemed to unveil a new level of opportunity for homegrown talent, whether it be for the undergraduates, high-schoolers and even beyond. Now with their league opener on May 7 in Niagara and their home opener on May 14 versus Hamilton, the question is still there to see who will be chosen and if they’ll succeed in their new basketball environment.