3 weeks ago 0 4 min read
We use cookies to provide a personalized experience for our users. By continuing to browse this site, you give consent for cookies to be used.
Got it!
Home > Health > Mental Health > The burnout graduating post-secondary students are feeling has a name: Senioritis 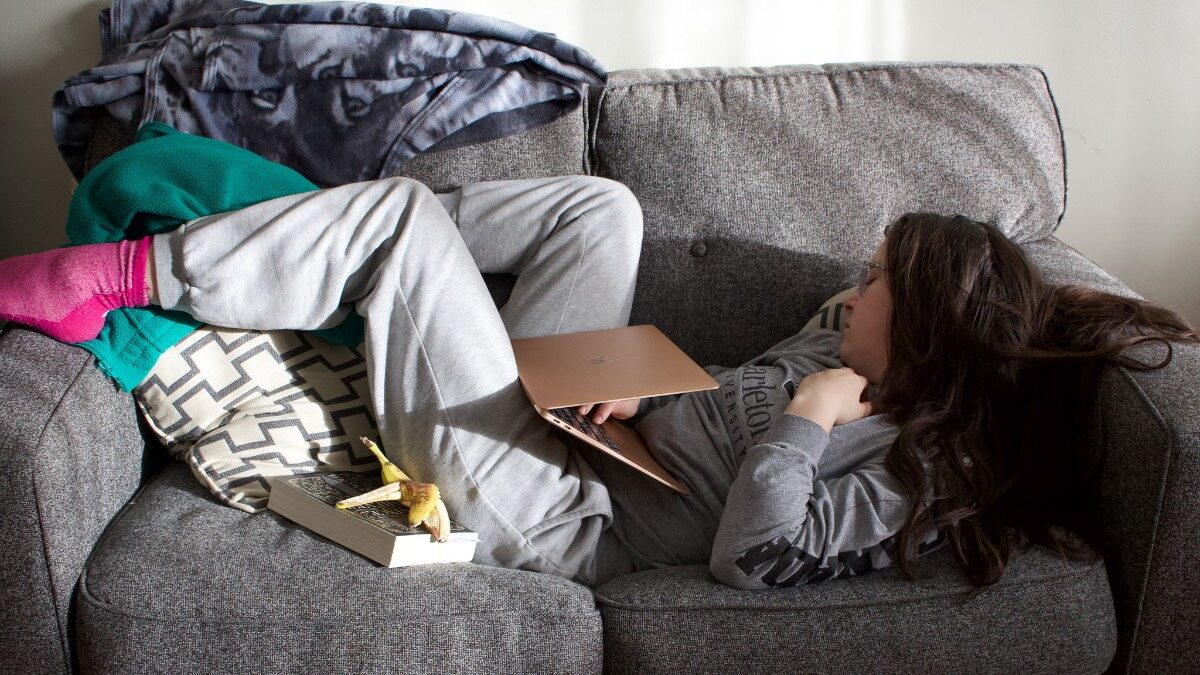 The burnout graduating post-secondary students are feeling has a name: Senioritis

As post-secondary students in the final year of their degrees scramble to finish assignments or prepare for exams, many are likely suffering from a kind of burnout that researchers at a U.S. university have coined ‘senioritis.’

The World Health Organization (WHO) classifies ‘burnout’ as an occupational phenomenon, defined as “a syndrome conceptualized as resulting from chronic workplace stress that has not been successfully managed. It is characterized by three dimensions: feelings of energy depletion or exhaustion; increased mental distance from one’s job or feelings of negativism or cynicism related to one’s job and reduced professional efficiency.”

Marc Martineau, a clinical psychologist and researcher covering topics including mental health in post-secondary education, says this burnout comes mostly from the nervous system being overloaded.

“There’s all the pressure that you put on yourself. I would estimate that the pressure students put on their shoulders now is quite a lot,” said Martineau.

This pressure likely exists for many or even most students, but the situation is unique for those in the final year of their degree programs, students that Americans typically refer to as ‘seniors,’ hence the term “senioritis.”

Senioritis has been defined by Southern New Hampshire University (SNHU) as a common affliction describing the lack of motivation felt by students reaching the end of their studies.

Burnout and senioritis go hand in hand. As students approach the exam season in their final year and work to submit final assignments, they begin experiencing symptoms that include, but are not limited to, increased procrastination, lack of interest in studies, a drop in grades, and not completing assignments.

According to SNHU, stress reaches new levels in the final year of study because of pressure around the future, final grades, competitive job fields and that important piece of paper verifying all the hard work put in at school.

Martineau says that on top of this, personal problems are exacerbated by university studies.

“A lot of people have problems. It’s not an even playing field. You start university, and then the problems in your life, your predispositions, any compulsion you have, will become worse,” he said.

Norah Melnyk, a student at Western University, says her struggles with ‘senioritis’ stem from the uncertainty of her future after she finishes her undergraduate degree at the end of April.

“I feel like a lot of people in my program have their future jobs already lined up. … I am worried about the pressure I feel in comparison to other people graduating in the same program as me,” she said.

Martineau says that these heightened feelings of competition are normal in these institutions in this day and age.

“I’ve seen the evolution of mental health in students and I think it’s harder now for young people because they have so many avenues, so much choice, so much competition, and grades become so important to get a job, and get the best job possible,” he said.

Some who are struggling may blame their professors for this burnout. Melnyk believes professors, supervisors, and instructors should really listen to their students when they ask how they’re doing.

“I think that professors are somewhat aware of the burnout associated with seniors, but most of the time they [professors] ask ‘how’s it going?’ and go on to listen to their students say how busy and stressed they are, but continue to pile on the homework and assignments,” she said.

Although professors expect seniors to be able to handle a range of assignments and deadlines, Melnyk says professors should be increasingly aware of the burnout faced by their students.

Martineau says teachers too may be facing the same struggles as students.

To counteract that, he says all institutions should be geared towards mental health and actively trying to create more caring institutions.

Although feelings of burnout and senioritis are hard to combat, there are ways to help struggling individuals finish strong.

Academic advisor, Abby Tincher at SNHU writes in an online post that to get back on track and overcome senioritis, students should try to set goals, reward themselves when they meet them, try to stay organized and surround themselves with as much support as possible.

“It takes a lot of action,” said Martineau.

“Take a step back, take a walk, see a friend. Over-studying is not the solution and procrastination isn’t either.”