3 days ago 0 2 min read
We use cookies to provide a personalized experience for our users. By continuing to browse this site, you give consent for cookies to be used.
Got it!
Home > News > Pictures in a pandemic: The 2021 World Press Photo exhibit shows the power of an image to affect our emotions 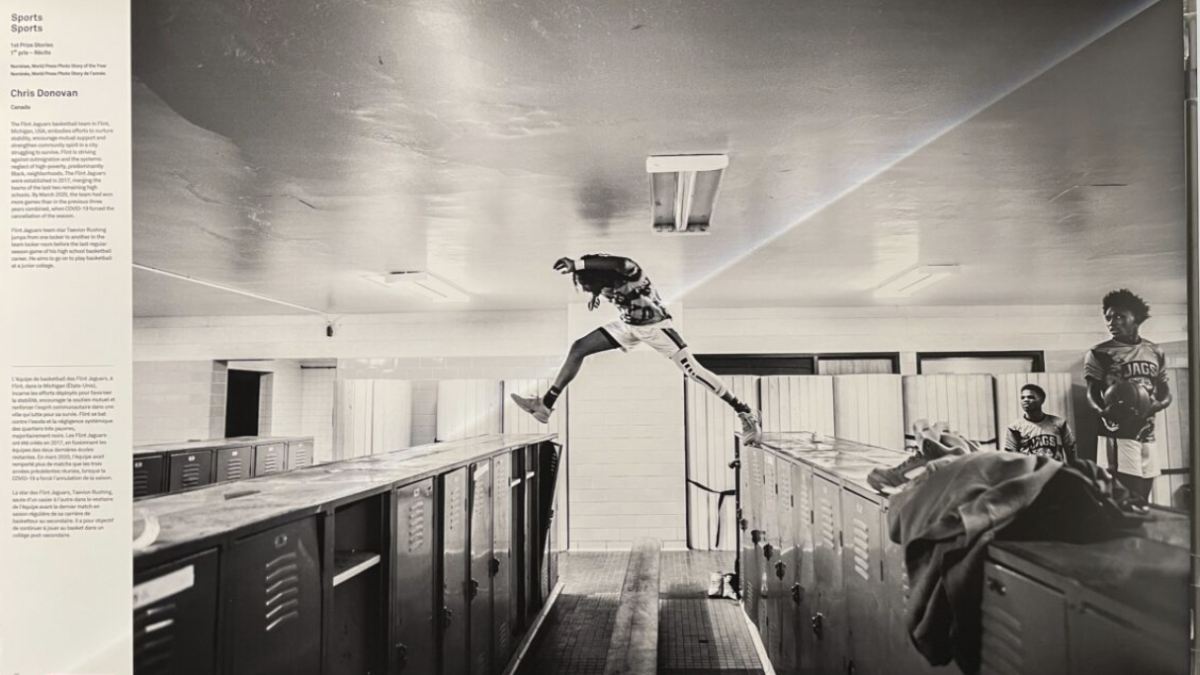 One of the images from the winning Sports series Those Who Stay Will Be Champions by Canadian documentary photographer Chris Donovan. [Photo © Jenna Adlam]
Arts & Culture

Caroline Dromaguet, the museum’s director general, said in a media release that this is the 13th time the museum will host the exhibition, highlighting “creative, high-quality photojournalism that encapsulates the year 2020.”

The competition attracted 74,470 submissions by 4,315 photographers from 130 countries. An independent jury narrowed down that total to the 159 images from 45 photographers representing 28 countries.

“I think it certainly shows us what happened in the past — these are big events, big issues,” said Stacey Barker, museum historian for the arts and military history. “There’s a lot of images that show what’s going on around the world, so we think it helps foster an understanding of international events because it puts us in the perspective.”

“As in previous years, the winning photographs reflect multiple perspectives and interpretations of headline news from around the world, including insights on contemporary conflicts,” Dromaguet said.

One of this year’s winners is Canadian documentary photographer Chris Donovan. He took the first prize in the Sports category for a project entitled Those Who Stay Will Be Champions, which follows a high school basketball team in Flint, Michigan.

There is a content warning at the entrance so that visitors are made aware of some of the graphic images the exhibit contains.

Unflinching view of the world

“It’s showing us what happens in the world unflinchingly in some cases, so there are all sorts of emotions, very profound ones, especially with COVID,” he said.

Many of the photos tell stories about COVID-19, including the World Press Photo of the Year The First Embrace. It’s taken by Danish photographer Mads Nissen and shows an 85-year-old Brazilian woman in long-term care receiving her first hug from a nurse through a “hug curtain” after five months of limited physical contact.

“There’s a lot of images that deal with COVID and a lot of them affect me personally because we’ve all been affected by it and that’s a universal thing… it’s a global phenomenon, really,” Barker said.

The photographs will be on display at the Canadian War Museum from July 23 until Aug. 15. Access to the exhibit is included with general admission. All visitors must book a timed ticket in advance since restrictions limit capacity to 75 people at a time.

Following the Canadian premiere in Ottawa, the exhibition will travel to Chicoutimi, Quebec.