4 days ago 0 5 min read
We use cookies to provide a personalized experience for our users. By continuing to browse this site, you give consent for cookies to be used.
Got it!
Home > Politics > Canada Votes 2019 > The writ drops on a 40-day federal election campaign 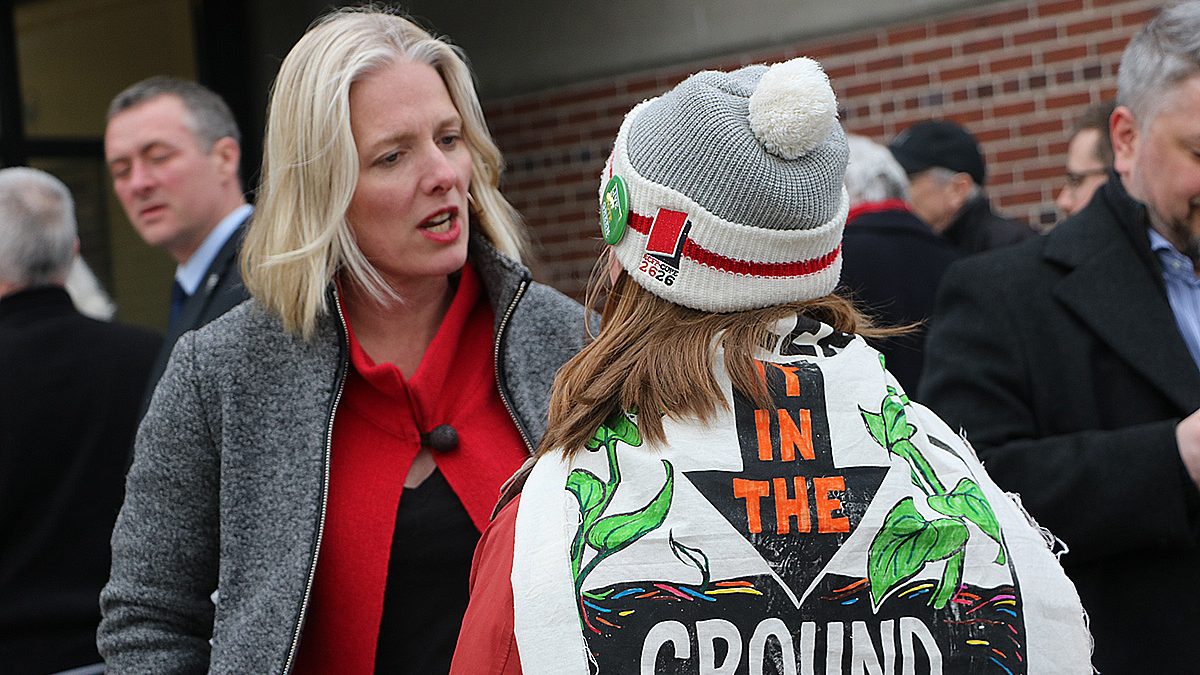 With seven of eight ridings in the Ottawa area painted red during the 2015 federal election, and Ottawa Centre MP and regional minister Catherine McKenna serving in the high-profile environment post, it’s safe to say the this community is a Liberal stronghold.

Carleton MP Pierre Poilievre, is Ottawa’s only Conservative incumbent heading into the Oct. 21 federal election. He inhabits a lonely blue island on the south side of the city.

After his chat with Payette, Trudeau emerged to talk to the nation with a gaggle of so-called ordinary Canadians serving as a backdrop.

The prime minister first acknowledged the victims of the 9/11 tragedy 18 years ago today before launching into his first formal campaign pitch to Canadians.

He recapped the record of his four years in power, focussing mostly on how his government put more money in Canadians’ pockets through such things as the child tax benefit. He also mentioned the negotiation of the still unratified new NAFTA treaty with the U.S. and Mexico and the government’s work on climate change.

“Canadians have an important choice to make. It will be to go back to the failed policies of the past or go forward. I’m for moving forward,” he said, before taking a question on a media report about his government’s refusal to waive cabinet confidentiality on the SNC-Lavalin affair so the RCMP could pursue an investigation. The prime minister said his government had already revealed a lot of cabinet material that is normally confidential.

Trudeau said he wouldn’t engage in personal attacks on his opponents and then took the opportunity to slam the Tory leader, without mentioning Andrew Scheer’s name. He did however mention Stephen Harper many times.

Trudeau’s first campaign stop of the day is in Vancouver where he will hold a rally next door to the riding that was held by Jody Wilson-Raybould, the former justice minister, who is running as an independent and who resigned from cabinet over the SNC Lavalin affair. She is scheduled to be in Ottawa on Sept. 20 to talk about her new book.

Scheer delivered his opening pitch of his first campaign as Conservative leader on the tarmac of the Ottawa airport before heading to Quebec for an appearance with a star candidate. The Tory campaign is focused on what it calls “affordability” issues centred on taxes such as the carbon tax. But Scheer was also handed a gift on Wednesday with another story about the SNC Lavalin affair which indicated that cabinet confidentiality is being used to block the RCMP from access to information.

In London, Ontario, the NDP leader Jagmeet Singh recalled his early days of struggle in the southwestern Ontario city. The region is an important one for the NDP to keep.

He then made a pitch that, if elected, the NDP will work on behalf of the voiceless. He called for pharmaceuticals, dental care and more health needs to be covered by public dollars.

He accused the Liberals of saying one thing publicly and another behind closed doors. And he took a shot at the Tories, predicting they would cuts services, all before being questioned by reporters about his party’s poor showing in public opinion polls.

The Green leader, flush with rising polls, opened her campaign on Vancouver Island, an area where the party has hopes of electing more members.

“This election is about telling the truth to Canadians about how serious the climate change crisis is,” Elizabeth May said, pointing out the Liberal government’s decision to purchase the Trans Mountain pipeline.

In the wider region of Eastern Ontario the electoral map acquires more of a two-tone appearance. The four Quebec ridings nearest to Ottawa are solidly Liberal, but there’s a great swath of blue from the Upper Ottawa Valley to the St. Lawrence River that encompasses four sprawling, mostly rural ridings — and leads to plenty more Conservative seats moving westward towards Ontario cottage country.

Public opinion polls show that those two parties and their respective leaders, Trudeau and Scheer, are in a neck-and-neck battle to form the next government.

The Liberals are offering more of the same with an emphasis on the middle class and running very much against Ontario’s unpopular premier, Doug Ford. The Tories are pushing an agenda of affordability and underlining Liberal failures especially the SNC Lavalin scandal which continues to dog the prime minister.

The impoverished NDP, under its new leader Jagmeet Singh, is riding low in the polls and faces an uphill battle with the emerging Green party led by Elizabeth May. That party’s focus on the environment and climate change might prove to be a game-changer in the election.

As usual the election will answer some important questions: Will the Liberal grip on power — locally and nationally — hold? Will the blue wave witnessed in the June 2018 Ontario election wash across Eastern Ontario in October? Can the New Democrats (who previously held McKenna’s downtown Ottawa seat) or the Greens make serious inroads in the region? Will the Bloc Québecois or ex-Conservative Maxime Bernier’s People’s Party have any impact in the Outaouais and around the national capital?

Those questions will, of course, be answered by the voters.