9 hours ago 0 4 min read
We use cookies to provide a personalized experience for our users. By continuing to browse this site, you give consent for cookies to be used.
Got it!
Home > Politics > Canada Votes 2019 > The Bigger Picture > Handicapping the October 21 vote 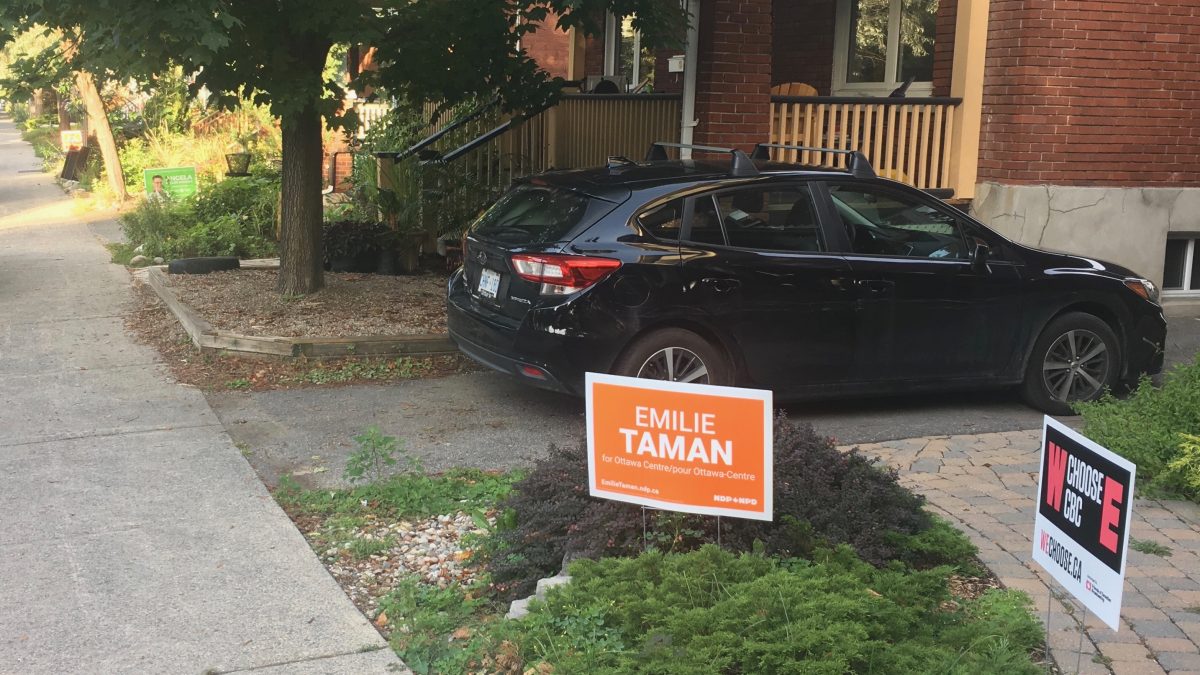 In an era of voter volatility, partisan rootlessness and alienation from governmental institutions, handicapping an election campaign is not easy. But in the run-up to the October 21 vote, that hasn’t stopped journalists from trying, despite evidence in some recent campaigns that vote choice can gel unpredictably in the last days when there is no clear momentum at the start. There have been some insightful and thoughtful reflections as journalists try to look forward to endgames and outcomes and there have been some assertive conventional wisdoms based on little evidence.

As the formal campaign begins, here’s a list of variables that could shape the outcome. Like the Man once said, they are the known unknowns with an emphasis on the unknown part of the equation.

There is very little public excitement or interest in the election right now. Politics elsewhere, particularly in the U.S. and Britain, seem more interesting and important by comparison. Apathy doesn’t make the public receptive to political events and messaging, making it harder to generate momentum beyond partisans.

The widespread view that governments don’t keep election promises and don’t make a difference to peoples’ lives in the short term has led recently to quickly deteriorating approval ratings for some incumbent governments and leaders. In some recent cases, that has led to their defeats.

In 2015, turnout rose by about three million to 68.5 per cent of eligible voters, many of them young voters attracted to Justin Trudeau. The Conservative vote did not decline, it was simply outpaced by new Liberal voters. The first past the post mathematics change if those new voters have less motivation to turn out and we return to the lower levels of participation, around 60 per cent, we have experienced over the past couple of decades.

There will be five parties running nationally and six in Quebec. Regional strengths will likely vary greatly. Depending on the distribution of vote share (vote splits), a candidate may be able to win with a smaller proportion of vote than normal.

All three major parties have seized on increasing the affordability of daily life and lowering the overall cost of living as their core positioning for policy and slogans. Perhaps platform detail will allow differentiation among them or perhaps they will simply neutralize each other. The cynicism about government will be an obstacle to the credibility of promises in this area.

The long-anticipated cleavage between parties on their climate change policy has become a fuzzier argument over implementation strategies and carbon taxation. The pipeline issue has become a bit of a lightning rod and test of environmental credentials. The Greens will work hard to discredit both Liberals and Conservatives, trying to leverage their inherent environmental credibility. On the other hand, the Greens obviously want to move away from being seen as a one-issue party, thus likely blunting their ability to force climate change to centre stage.

Canadian politics are increasingly leader-driven, as voters focus on personality on one level and the perceived ability to manage government on the other. In the current environment, it seems clear that only two leaders are in a position to form a government. Both have electoral liabilities. Justin Trudeau has proven to be a polarizing leader coming out of a very difficult year and Andrew Scheer remains largely undefined in the public eye. Neither party has emphasized its team and there are few secondary personalities capable of carrying much electoral weight.  It seems clear that both major parties will launch highly negative character campaigns against the opposing leader. It is unclear whether those attempts at demonization will be credible or simply dismissed as cartoonish political “noise”.

Who will be seen as “safe hands”

Economic storm clouds are gathering globally and there may well be more focus on economic uncertainty as the campaign unfolds. Similarly, the impact of President Trump’s policies and their ability to sideswipe or harm Canada-US relations are significant issues of concern to Canadians. In times of turbulence, it is often not policy but managerial skill that becomes a critical factor in vote choice.

Given the diminishing number of national media platforms and shared media experiences, the debates have become a major platform for the introduction and assessment of new party leaders seeking to establish their profile. The debates have large audiences and whether deserved or not, they are treated as the “Super Bowl” of election campaigns. In 2015, Mr. Trudeau succeeded in defining himself as he exceeded public expectations. Mr. Scheer, Mr. Singh need to do so this time.  Other than the PM, Elizabeth May is the only leader with experience at national debates. This time, Green Party momentum will ensure she has an opportunity to leverage her obvious debating skill and ensure that climate change policy will be a debate factor. It is difficult to assess the probable impact of Max Bernier if he is invited to debate. Depending on his strategy, he may cause Mr. Scheer some difficulty in the fight for right wing voters in Ontario and BC.

In the French debate, it will be the Bloc Quebecois leader, Yves-Francois Blanchet, who may surprise. He has performed well over the past months, is a bit of a media darling and the BQ has been steadily rising in the polls.  Max Bernier will be an obvious factor as well.  He will be more comfortable in his mother tongue before a home audience. .

Thus far, public polling has suggested a potentially close race and a likely minority government of some stripe or other. Polling narrative sets the frame for media coverage and public expectations. That is true even though polling has proven to produce outlier results or to have missed late campaign surges. Similarly, national polling disguises regional variations and distortions, with likely huge differences between East and West.  Unless there is clear momentum that develops and is reported uniformly by polling companies, the dominant narrative is unlikely to change and encourage “horse race” media coverage.

Canadian media organizations have fewer resources to expend on political coverage and election campaigns. They tend to travel less, pool technical equipment and personnel and use fewer reporters. That tends to limit the scope of stories they cover and report on. Given the inability of the NDP and Greens to mount national leaders’ tours, media will be hard pressed to give them significant daily coverage.  It also leads to a media focus on electoral “news” as they see it, not on the agendas and policy announcements from the parties. And in a close election, news is inevitably about things that have the potential to affect momentum.   The includes mistakes, attacks, and character issues. Political parties understand all that and pander to media cultural imperatives. They also understand the motivating strength of negative attacks and advertising on both media and some impressionable voters. There is no indication that this time will be any different.   The pressure that creates on leaders and their campaigns is very difficult and often leads to errors.  Although they both have been through leadership campaigns, neither Mr. Scheer nor Mr. Singh have faced the relentless daily pressure they are about to face.  Mr. Trudeau is more experienced but has had some trouble over the past year dealing with media driven pressure.

As technology improves and political campaigns employ tactics like geo-targeting and tight demographic analysis, we now have campaigns that are largely hidden from the general public. Parties target individuals digitally and use social media selectively.  There is no real way for news organizations to cover these efforts on a consistent basis, nor a way to report or understand specifically what messaging is going to whom. Low information-seeking voters are particularly susceptible to this form of campaigning and are unlikely to be exposed to opposing information or opinion. Parties tailor messaging and often emphasize issues they would not emphasize in broadly based communications. It seems clear that immigration levels, abortion and same sex marriage are issues likely to be exploited in the hidden campaigns.

Parties try to gather email or social media addresses for this sort of direct contact. The Conservatives have an obvious advantage in leveraging the information compiled in the seven winning provincial Conservative campaigns since the 2015 federal election.

There are new rules in place to curtail third party advertising, including rules about disclosure and permissible spending limits.  But the rules do not preclude advocacy or grass roots organization. A number of these organizations have become quite skilled at reaching out on issues and working to shore up parties they favour using much more aggressive language than the parties themselves use in public. These organizations tend to veer deeply negative and try to stoke fear. There is evidence that they have had an impact in some recent provincial elections.

There are also concerns about deliberate disinformation and misinformation from malevolent third parties domestic and foreign. There is little doubt that such efforts have affected elections in a number of western democracies. The government has created a bureaucratic panel to monitor such attempts and several media organizations have decided to aggressively report on potential disinformation and fact check misinformation. But this sort of activity is often hidden or carefully targeted and keeping up with it is very difficult.

Finally, there is the unknown unknown that sometimes confounds election campaigns.  Occasionally, an event turns a campaign around and creates a media frenzy. The RCMP announcement in mid-campaign in 2006 that it was investigating Ralph Goodale for an alleged leak of sensitive financial information was such an event. In a campaign generating little public interest and within the context of a predicted close finish, such events take on a life of their own.  By definition, we have no idea if there will be such an event or what it might entail. But political and media election campaign managers always tell their people to expect the unexpected and be set to deal with it.

As the campaign wends its way to Election Day, many of the questions and issues raised here will be clarified. As they are, media speculation will be much more evidentiary-based increasing our collective ability to make more informed judgments about probable outcomes. That is important to the democratic process because many voters think it important to understand party momentum to motivate their vote or make strategic decisions about whom to support.