2 days ago 0 2 min read
We use cookies to provide a personalized experience for our users. By continuing to browse this site, you give consent for cookies to be used.
Got it!
Home > Politics > Canada Votes 2019 > The Bigger Picture > Clues about 2019 from voters in the past 3 federal elections 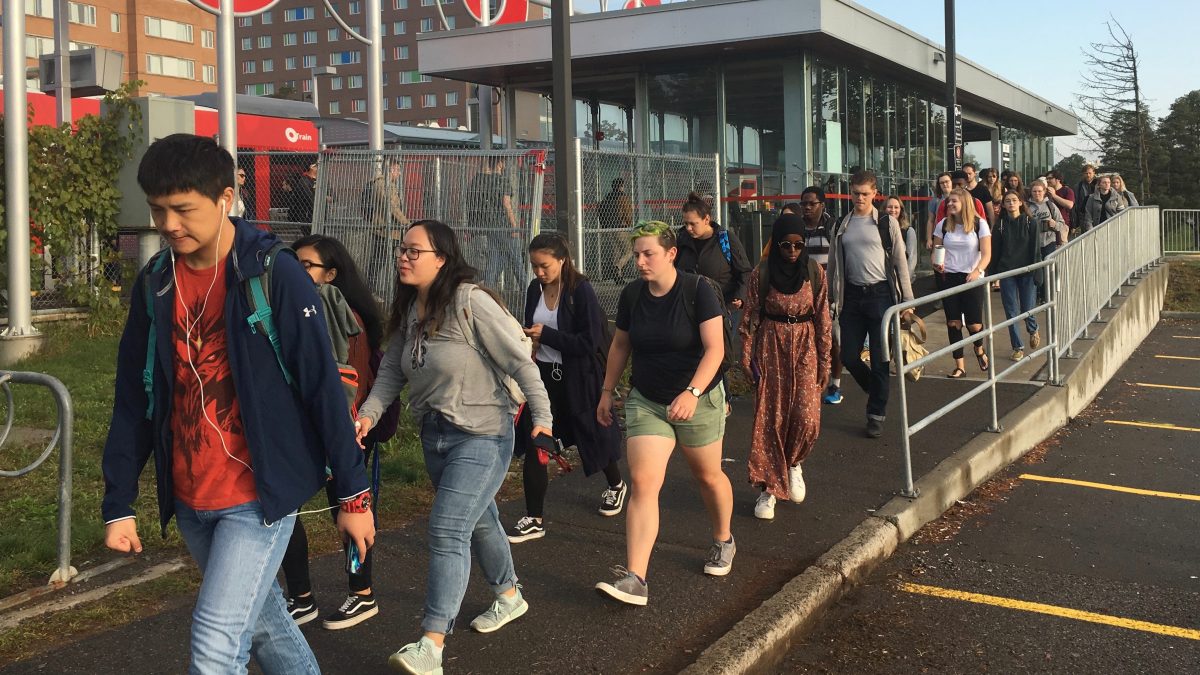 Millennial voters may determine who wins on October 21, if they show up to vote. [Photo © christopher Waddell]
The Bigger Picture

The past isn’t always a good judge of the future but looking ahead to the October 21 vote the results of the last three elections can help highlight what each party has to do to improve on their 2015 results. It can also offer clues about the policies each party promotes based on who they hope to persuade to vote for them.

Building on Elly Alboim’s factors to consider in handicapping the election, here’s a look at each of the parties based on how they have done in the past three elections.

In 2008 Stephen Harper’s minority government was re-elected but still as a minority. Three years later the Conservatives won a majority and then in 2015 they were handily defeated by the Liberals. Voters turnout was 58.1 per cent of eligible voters in 2008, 61.1 per cent in 2011 and then jumped to  68.3 per cent in 2015.

What’s remarkable is how consistent the Conservative vote remained through those three elections. The party knows who its supporters are and they come out to vote every time.

But when turnout rose in 2015 the Conservatives got none of the additional almost three million voters who went to the polls compared to 2011.

On the one hand that explains why the Conservatives object so strongly to campaigns by organizations such as Elections Canada get more people to vote. On the other, the question for the Conservatives is what policies will they pitch to attract some of those voters from all the other parties – primarily in urban Canada — they will need to form a government if turnout doesn’t decline. The high cost of living seems designed to attract the suburban voters the party lost in 2015 but needs to strike a chord with urban Liberal voters as well.

One thing is clear, if climate change becomes a major campaign issue the Conservatives are on their own, with all the other parties that are likely to win seats on October 21, lined up against them.

The biggest threat to the Liberals seems to be a return to voter turnout in the 60 per cent range that occurred through much of the preceding decade. They need Canadians to be engaged and interested enough in the campaign to vote so they will likely spend a lot of time on younger voters who did turn out in greater numbers in 2015.

Liberals captured NDP voters and seats in 2015 with a program that appealed to traditional New Democratic Party supporters and will hope to add to that group in 2019 in Quebec and in urban  Canada.

They also stand to be the prime beneficiary if the campaign begins to revolve around action on climate change particularly if Liberals can persuade Canadians that the Conservatives might form the next federal government. Under that scenario Liberals would hope to attract NDP and Green voters even if those voters think Liberal policies haven’t been that effective on climate action.

Their surge under Jack Layton in 2011 made them the official opposition in Parliament and took votes away from the Liberals and the Greens and in Quebec from the Bloc Québécois. But, by 2015, that had dissipated as the party lost votes to the Liberals in urban Canada and Quebec (while the Bloc vote continued to slide.)

The challenge in 2019 is preventing that slide from turning into a collapse. In Quebec, few think the NDP have a chance at holding more than a couple of seats and that may be optimistic. Polls suggest a revival of the Bloc may be likely and if that happens, it seems probably to come from NDP voters moving there. The Liberals obviously hope to capitalize further on an NDP collapse in Quebec but that may be more difficult. Likewise the Greens may not see much gain in a province where all parties (except the federal Conservatives) support the province’s involvement in the cap- and-trade carbon tax system.

The situation seems little better for the NDP in the rest of the country with the Liberals again promoting policies designed to appeal to NDP voters except maybe in a few riding in British Columbia where the NDP is on the right side of opposition to the TransMountain pipeline, purchased and supported by the Liberal government.

From a high point in 2008, Green support fell in 2011, recovering slightly four years later. The question for this campaign is how much further can it go. Even going back to 2008 levels of support didn’t produce an MP with Elizabeth May elected initially in 2011. Logically Greens stand to benefit from an NDP collapse or voter disappointment with the Liberals that doesn’t manifest itself in people staying home on October 21. This is the first time the party enters the campaign with two elected MPs, and could win a couple of other seats where the party has polled well in the past such Victoria in B.C. and Guelph in Ontario. Provincial electoral victories in Atlantic Canada may be tougher to replicate federally when voters know their MP has no chance of being on the government or opposition benches in the new parliament.

A Bloc resurgence likely relies on an NDP collapse in Quebec which may be under way. With sovereignty fading as an issue the Bloc could take some Liberal votes as well with a campaign based on standing up for Quebec in Ottawa.

Christopher Waddell is a Professor in the School of Journalism and Communication at Carleton University, a former CBC Parliamentary Bureau Chief, executive producer of news specials for the CBC and Globe and Mail Ottawa bureau chief.