2 days ago 0 4 min read
We use cookies to provide a personalized experience for our users. By continuing to browse this site, you give consent for cookies to be used.
Got it!
Home > Racism > Toronto school board creates guidebook to combat anti-Asian racism as pandemic fuels bigotry 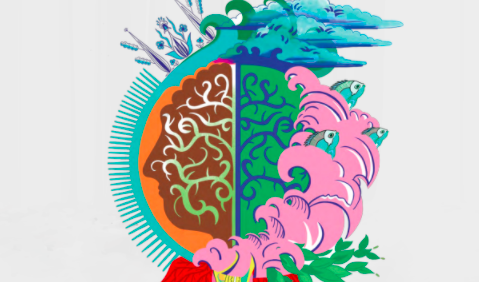 Detail from the cover photo for Addressing Anti-Asian Racism: A Resource for Educators. The artwork was created by Meera Sethi, who explained that she “wished to show a sense of connectedness between humans and everything else in the world ….” and “…to invoke diverse Asian identities, she has used patterns, motifs from Asian communities.” [Photo courtesy of the TDSB]
Crime

The Toronto District School Board is introducing an anti-Asian racism guide in partnership with the Elementary Teachers’ Federation of Ontario. The information package is a response to an increasing number of incidents of anti-Asian racism in Canada during the COVID-19 pandemic.

The goal of the resource is to equip teachers with the knowledge and tools to combat conscious and unconscious racism in schools and create an equitable environment for all. While the package focuses on the Asian community, it discusses racism towards all ethnic and cultural groups, with a goal of making a difference in the lives of many different students.

“We as educators need to do a better job of learning and understanding,” said one high school guidance counselor in the TDSB, who asked that his name be withheld for privacy reasons. “It’s not the job of the students to teach us. It is our responsibility as educators to learn, so we can create better teaching, to support our students.”

He explained that “the education system is flawed. Many conscious and unconscious types of racism exist across the school board that need to be addressed.”

The TDSB is one of the most diverse education systems in Canada. “Forty-seven per cent of students in the TDSB self-identify as Asian,” said the guidance counsellor. “It is our responsibility as educators to be culturally respectful and responsive” when issues affect students.

Using his school as an example, the counsellor said there has been a massive push for all staff to encourage students to embrace their cultures. From smaller initiatives, such as creating displays celebrating excellence within the Asian and Black communities, to structural changes, such as eliminating academic streaming that limit the career options of Black students, Toronto schools are making changes.

The goal of the TDSB was to implement the anti-racism package to strengthen the board’s equity policy and its multi-year strategic plan. “At the TDSB, we proudly serve the most diverse population of students and families in Canada,” said a board spokesperson. “Within our schools, we also experience and witness the harmful ways that world events can influence acts of racism, hate and discrimination on an individual level.”

The presumed origin of the pandemic in the Chinese city of Wuhan and the labelling of COVID-19 as the “China virus” by former U.S. President Donald Trump and others — widely viewed as irresponsible and racist — appears to have sparked an increase in verbal and physical attacks against individuals of Asian descent.

The issue gained tragic attention in the U.S. on March 16 when a young white gunman murdered eight people — including six Asian women — at three massage and spa businesses in the Atlanta metropolitan area.

Hate crimes in the GTA towards individuals of Asian descent have increased due to the pandemic. Just this year, an ER nurse was spat on and had racial slurs shouted at her, while on a walk with her roommate. Incidents like this, are happening across Toronto and Canada, at alarming rates. As well, The Ottawa Police Service Hate and Bias Crime Unit received 15 reports of hate incidents against people of Asian descent in 2020, compared to two reports in 2019. These numbers reflect just reported cases, with many going unreported. Members of Ottawa’s Asian community have reported being targets of verbal threats, intimidation and even physical attacks, the city says.

These incidents are part of why the TDSB has produced “Addressing Anti-Asian Racism: A Resource for Educators” with the safety and wellbeing of students, staff and community members in mind.

“This much-needed resource offers new approaches to learning and innovative actions to identify, name and address anti-Asian racism in partnership with families and communities,” TDSB director of education Karen Falconer said in a statement announcing the initiative.

“A lot of times, Asian people are thought of as the model minority,” said Lilly Huang, a third-year student at Carleton University. Huang grew up in the Greater Toronto Area, with many friends who also identified as part of the Asian community.

She explained how in high school, she was passionate about discussing race and other political issues, but many of her Asian-identifying peers “brushed these issues off.”

“I think this resource is really important,” said Huang. “It will allow Asians, starting at a young age, to recognize what racism is, how to identify it, how (they] can stand up for themselves and be a better ally for other marginalized communities.”

Although this call to action has only been in the works for about two years, “it’s been a long time coming,” said the TDSB guidance counsellor. “Ten years ago, this wasn’t even a conversation. Everyone was kept silent. Now’s the time.”

In the wake of the anti-racism protests of 2020, educators have been given more resources to confront these issues as the COVID pandemic drags on.

But “it’s not the kind of thing you can just throw money at,” added the counsellor. He explained how educators are frontline workers when it comes to the wellbeing of students.

With COVID-19, “everything moves so fast and we are one step behind,” he said. “If the government can provide anything else, it’s more time to learn and teach. These conversations need to be happening. It all starts with education.”

Coping with COVID: Canadians are taking up hobbies to reduce stress during pandemic

In The News: Thursday, March 25