4 days ago 0 4 min read
We use cookies to provide a personalized experience for our users. By continuing to browse this site, you give consent for cookies to be used.
Got it!
Home > Community > Indigenous > See something say something: Akwesasne wellness team uses conference to raise awareness and combat sex trafficking 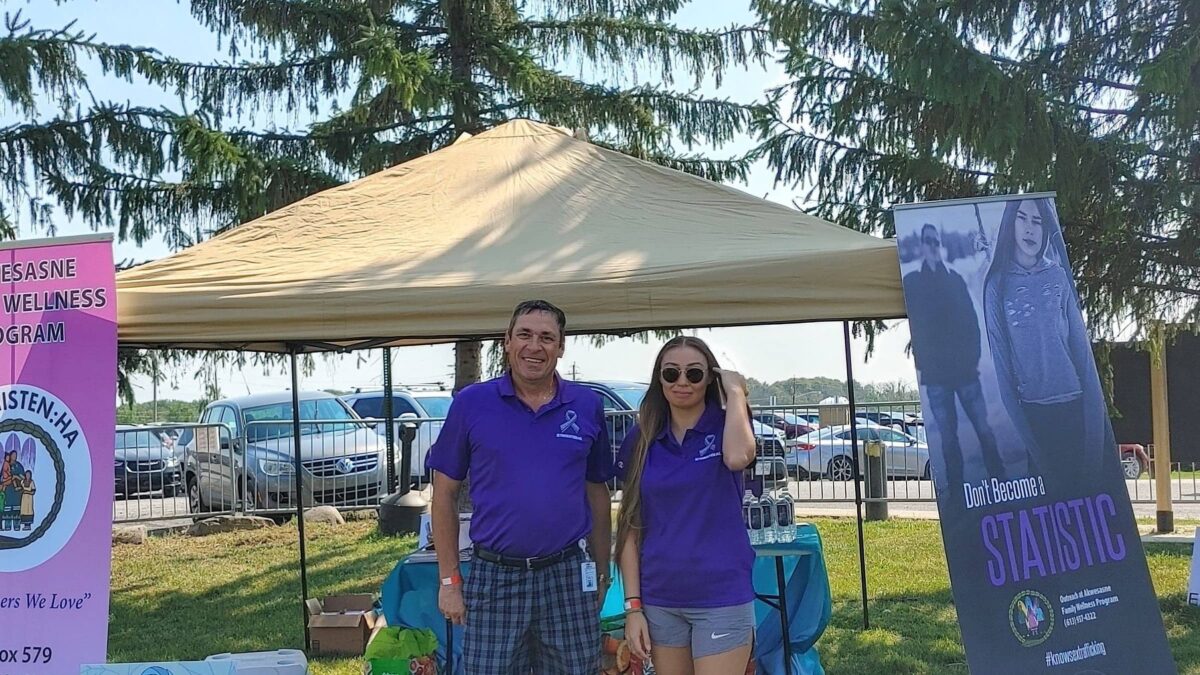 Racking up an estimated $150 billion a year, human trafficking is one of the top three criminal enterprises globally, and Canada is not exempt.

Concern about the reach of criminal organizations that can take young women and traffic them for sex prompted a recent conference hosted by the Akwesasne Family Wellness Program to help service providers address the issue and clear up misconceptions. The AFWP is based in the Cornwall-area Mohawk Nation of Akwesasne which straddles the U.S.-Canada border along the St. Lawrence River between Kingston and Montreal. The well-attended event featured presentations from police, resource workers in human trafficking, a former prosecutor and a sex-trafficking survivor.

Patrick Dussault, the anti-human trafficking liaison for the program, said he first learned about the impacts of human trafficking from a survivor who shared her experience at a conference for Ontario Provincial Police officers in 2012.

‘I feel like my community has a lot of trauma — a lot of hurt and grief. There is human trafficking going on that a lot of people don’t talk about or they’re not aware, or they don’t even know that it’s happening to them.’

“I can’t believe this is happening in our country,” Dussault recalled thinking when he heard her story.

The average age for girls who are being forced into sex trafficking is 13, Dussault says, adding.“that means we have girls as young as 12, 11.”

According to a Public Safety Canada overview of human trafficking in this country, “human smuggling is, by nature, a transnational crime whereas trafficking in persons is not. Human trafficking often happens within a country’s own borders. Human smuggling generally involves the consent of the person smuggled. Trafficked persons have either never consented or their consent has been rendered meaningless by the trafficker’s exploitative conduct.”

In Canada, pimps can take on the guise of a loved one. “Often times, girls don’t realize they’re being trafficked,” said Dussault. “That’s often the case where they think it’s a boyfriend.”

He added: “You think it’s your choice, but these girls also have a quota, so if you don’t meet the quota, you get a beating.”

Dussault said one of the things they hoped to achieve from the conference is to connect service providers so they can have a bigger impact.  They also are working to train service providers to recognize signs of trafficking and to raise awareness that is needed.

However, trafficking happens on a much larger scale than what is recorded, according to Jodi Mosley, chair of A New Day Youth and Adult Services, a restorative home in Ottawa for survivors of sex trafficking.

“They’re not really the true stats. It’s only what’s recorded and reported to the police,” Mosley said.

Wendy Gee, chair of the Ottawa Coalition to End Human Trafficking, said COVID-19 has done nothing to lessen the effect of human trafficking.

Before the pandemic, Mosley said it would have been possible for a survivor to leave her phone behind and get help during the day.

“If you’re trying to get away from your trafficker, you need 15 minutes to yourself,” Mosley said. “They track you on your phone, they track you everywhere.”

Mosley said since services were closed during COVID, help was not accessible.

Dussault said there is only one solution to sex trafficking: “We need to curb the demand or cut it.”

“I feel like my community has a lot of trauma — a lot of hurt and grief,” Oakes said of the Akwesasne nation. “There is human trafficking going on that a lot of people don’t talk about or they’re not aware, or they don’t even know that it’s happening to them.”

Oakes works with Dussault to “create more awareness, get more information out there, and let the community know that we’re here.”

Dussault highlighted the importance of alerting authorities of suspicious activity: “What if it was your daughter or your sister or your cousin?”

He added: “If you see something, say something. We could save one.”

Mosley said it’s important to learn as much as possible and keep the conversation going: “If we don’t do that, it’s going to fall to the wayside.”