1 week ago 0 1 min read
We use cookies to provide a personalized experience for our users. By continuing to browse this site, you give consent for cookies to be used.
Got it!
Home > Travel > Unclaimed bags, long security lines and flight delays snarling Canada’s largest airport and raising travellers’ anger 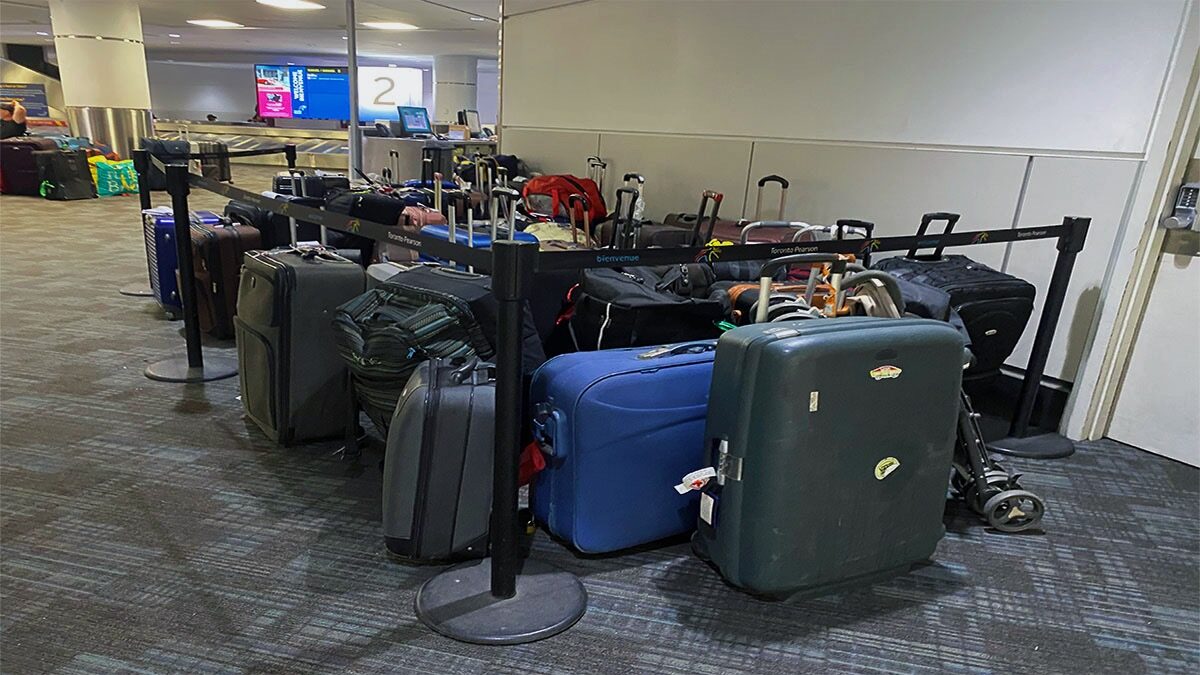 By Nicole Beswitherick and Celia Bildfell, 7 months ago 2 3 min read

Canadians are travelling in large numbers for the first time since COVID-19 closed the skies more than two years ago.

But those eager passengers are confronting snarled airports across the country. Nowhere is more congested than Canada’s largest, the understaffed Toronto Pearson Airport where unclaimed luggage is piling up and, on some days, half of all flights are delayed. No wonder, travellers’ anger is growing.

Maddy Armstrong is typical. She recently travelled through Pearson when leaving on her trip to Dublin, Ireland. She passed through the airport on her way back from Glasgow, Scotland. Upon arrival, her luggage didn’t — at least not right away.

“They dropped a dozen bags, and then it got delayed due to lack of employees,” she said. “It was delayed by an hour, and we finally got our bags and were driving home by 6:50 pm.”

Armstrong said she witnessed a pile-up of unclaimed luggage.

“There had to be 200 bags not claimed and off to the side,” she said. Armstrong said that her father examined one suitcase and noticed that the bag he was looking at had arrived five days prior.

The experience is a familiar one these days.

“(On July 3), my flight was delayed five and a half hours on the tarmac before leaving Pearson. They opened the door so they wouldn’t serve food or alcohol,” he said.

Not only was the delay upsetting and inconvenient for the travellers who ended up leaving late at night instead of during the afternoon, but the experience was made worse because of insufficient communication.

“What was worse is I was getting updates on my phone about my flight being delayed before they were even letting us know what was going on,” St. Amour added.

The airlines have had difficulties staffing up and early on in this period of turmoil at airports, there was a lack of security personnel. The federal government has added hundreds of security employees but their integration has taken time.

The staffing concerns are obvious to passengers.

“There were a ton of people, especially baggage claim and security, but there were the same if not fewer people working at the check-ins and respective gates as usual,” says Daniel Burtnick, who just flew internationally through Pearson on July 8.

“I have only flown twice since COVID, and I have to say this most recent flight was drastically slower than my previous travel in COVID. There are just so many more people now, which makes all the lines a lot worse,” Burtnick continued.

Pearson Airport is trying to staff up and has a job application page on their website for anyone interested in working retail and travel-related positions.

Pearson has also launched an interactive infographic — available on the airport’s website — will provide passengers with information from check-in and security to customs and baggage pickup.

The situation for travellers is gradually improving, the airport says, with the amount of time that arriving international travellers can expect to wait on their plane before deboarding dropping from an average of 33 minutes in April to just over 16 minutes in the last week of June.