3 days ago 0 4 min read
We use cookies to provide a personalized experience for our users. By continuing to browse this site, you give consent for cookies to be used.
Got it!
Home > Politics > Ottawa Votes 2022 > West Carleton-March: Seven candidates running in westernmost ward 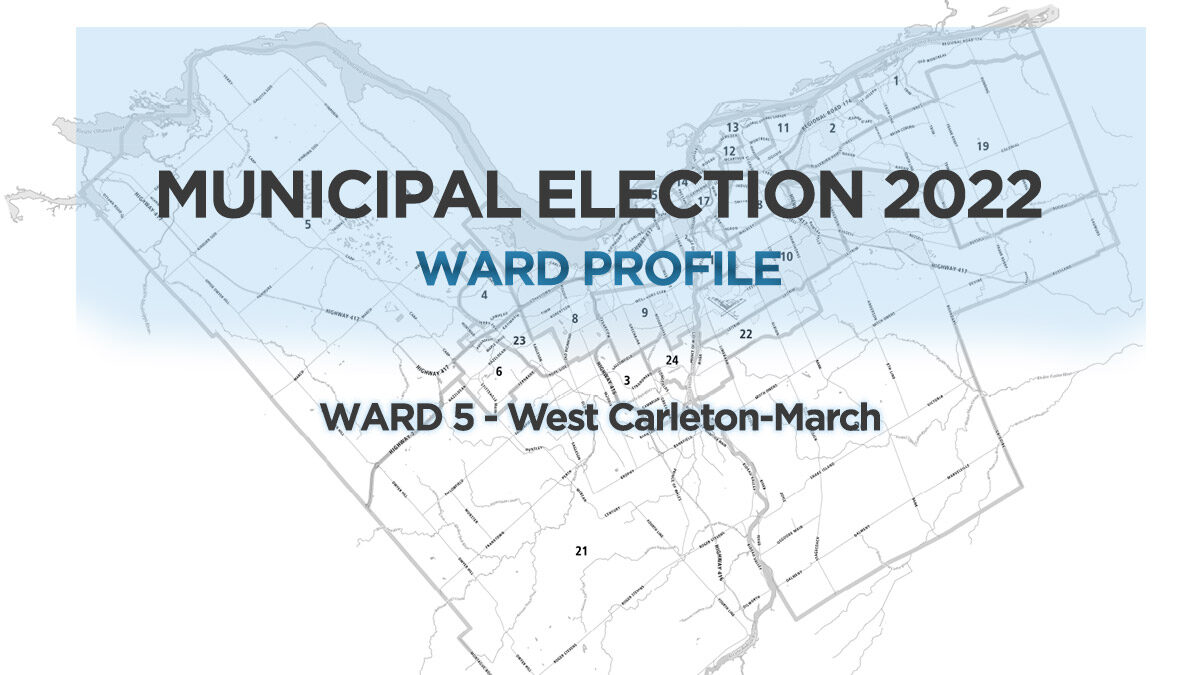 West Carleton-March, Ward 5, is Ottawa’s westernmost ward, bordered to the north and west by the Ottawa River; Highway Seven and Terry Fox Drive to the east and Golden Line to the south. It sprawls over 76,300 hectares.

Voting day is Oct. 24, between 10 a.m and 8 p.m, with the possible exception of long-term care facilities. For information on voting locations and eligibility, voters may consult Ottawa’s Information for Voters webpage, or the 2022 Ontario Municipal Election Voters’ Guide.

Around 23,600 people live in West Carleton-March, according to the 2016 federal census. The census shows that 1,225 residents identified themselves as a visible minority — only five per cent of the total population. The ward also claimed 550 Indigenous people.

Ward 5 is home to the Carp Hills, a range of rocky hills and marshes along the Carp River, Ottawa’s second-largest natural area. It was deemed significant in 1995 by the Ontario Ministry of Natural Resources because of its prominent wetlands.

The balance between road expansion and environmental conservation has been contentious in Ward 5. For example, in 2019, two developers proposed building about 1,700 homes in the eastern side of the riding along March Road. The proposal, which has seen continuous debate since its introduction, has been viewed by some as threatening the forests in the surrounding area, as well as a potential source of traffic congestion.