3 days ago 0 4 min read
We use cookies to provide a personalized experience for our users. By continuing to browse this site, you give consent for cookies to be used.
Got it!
Home > Politics > Ottawa Votes 2022 > Five things to know about Gloucester-Southgate Ward 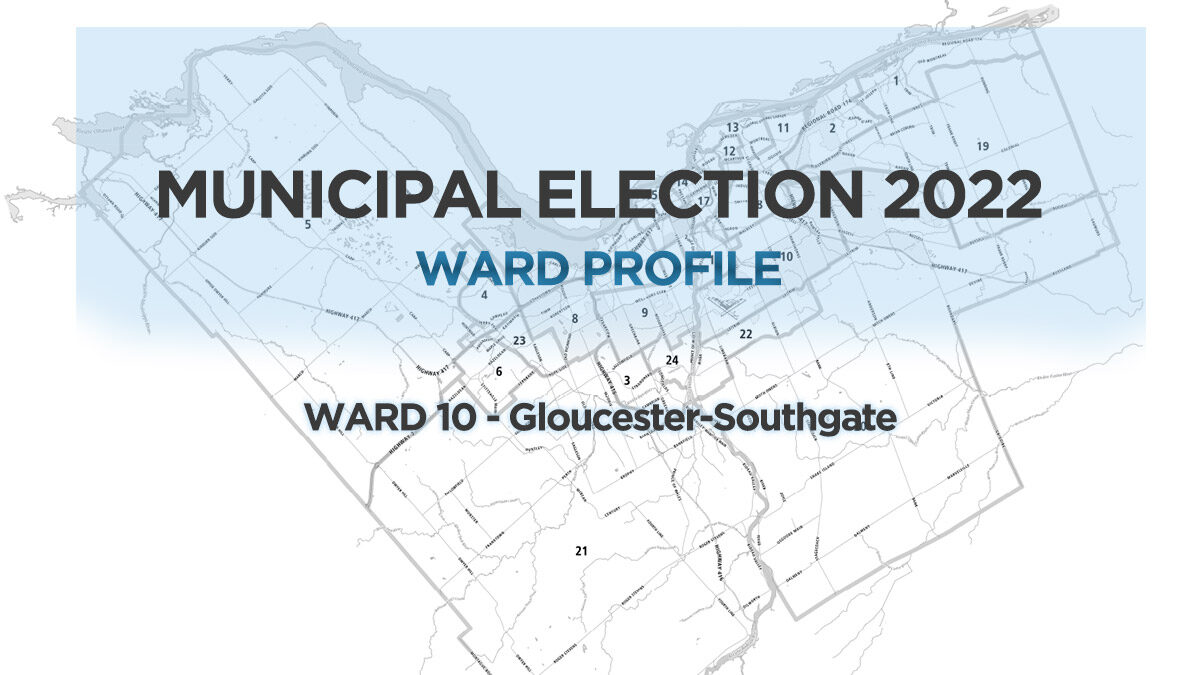 With longtime councillor Diane Deans stepping down after eight terms, Ward 10 will get a new representative. Deans, first elected in 1994, will be replaced by one of these six officially registered candidates:  Aria Alavi, Jessica Bradley, Taylor Houstoun, Ron Keays, Hussein Mahmoud and John Redins.

Election day is Monday, Oct. 24, between 10 a.m. and 8 p.m. Visit Ottawa’s election page for more information about where and how to vote.

According to the Ottawa Police Service annual report, crime rates in Gloucester-Southgate increased 15.4 per cent from 2020 to 2021; violent crime rose 13.4 per cent. According to Deans’s website, reducing crime and harassment is a top priority in the ward. Deans currently serves as the chair of Crime Prevention Ottawa. Candidates Jessica Bradley and Hussein Mahmoud state on their campaign websites that improving community safety is one of their priorities. Aria Alavi, Taylor Houstoun, and John Redins have publicly shared support for police reform.

Gloucester-Southgate is the home of the Ottawa International Airport, which saw 5,106,487 total arriving and leaving passengers in 2019, prior to the COVID-19 pandemic. Passenger volume took a significant hit during 2020 and 2021; however, numbers are rising again. The preliminary total number of passengers for 2022 is 1,492,364 at the time of this article.