2 days ago 0 4 min read
We use cookies to provide a personalized experience for our users. By continuing to browse this site, you give consent for cookies to be used.
Got it!
Home > News > Social Issues > Winnipeg scraps adult-business licences as sex workers, anti-trafficking advocates unite — for different reasons 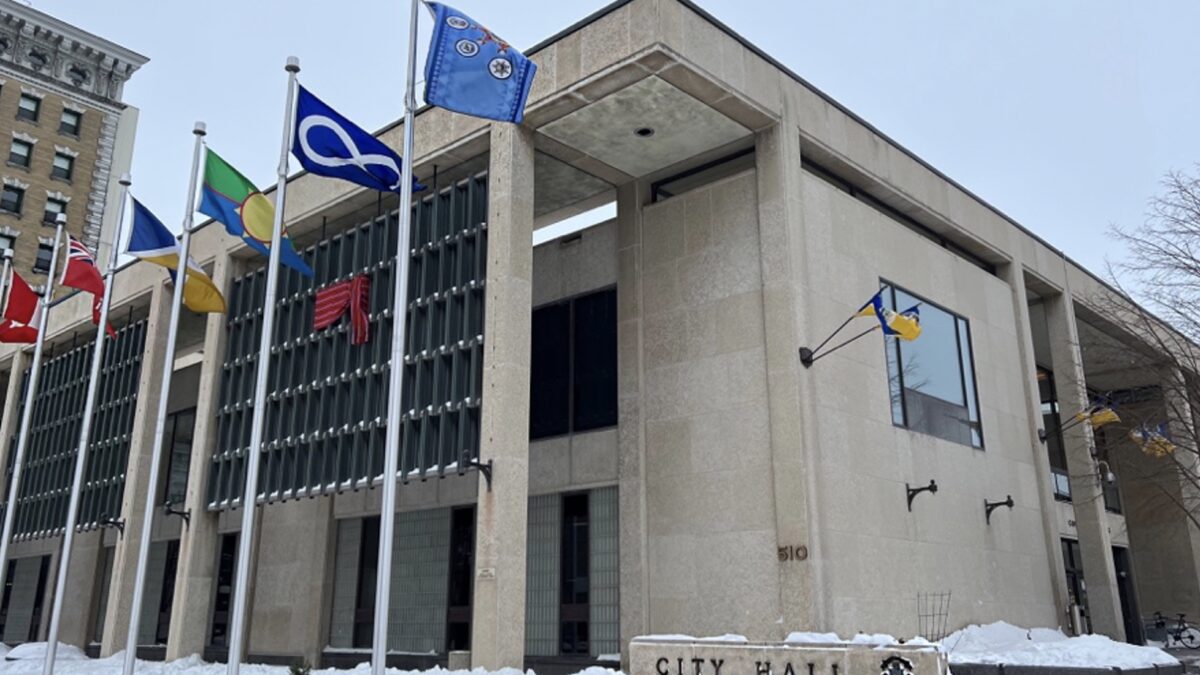 “City of Winnipeg, you’re being a pimp right now,” she told councillors at a June 16 meeting of the executive policy committee.

The City of Winnipeg had issued special licences to adult-oriented businesses since 2008. But in late January, council voted to repeal the licensing provisions.

“Ultimately, the goal of us not licensing body-rub parlours and escort agencies, is to make sure that the city is not inadvertently participating in or enabling exploitation,” said Coun. Scott Gillingham.

The businesses will still be permitted to operate, but without the municipal licences.

“I have never met more fierce advocates against sexual exploitation and trafficking than sex workers.”

Apprehension about the city being seen to endorse the businesses by licensing them were voiced by Redsky and echoed by former Conservative MP Joy Smith, a long-time advocate against human trafficking.

“When a city licenses a business,” said Smith, “it becomes a ‘legitimate business,’ so these young girls think they’re safe. (However) the stories that we’ve had out of these businesses are horrendous.”

Smith applauded the city’s decision, noting that the repeal is a Canadian first. “It’s very rare to repeal law,” said Smith, who spent four years as a provincial MLA and 11 years as an MP.

A contrasting view was expressed by the Sex Workers of Winnipeg Action Coalition — SWWAC — as well as individual sex workers, allies and researchers, all advocating for sex-workers’ rights. The group asked for the licensing provisions to be scrapped, but for very different reasons than those advanced by Smith.

Dr. Claudyne Chevrier, a Winnipeg-based academic who completed her PhD in Community Health Sciences at the University of Manitoba in 2020, explained that human trafficking, sexual exploitation and child abuse are not part of sex work. They are crimes, not work.

Chevrier said sex workers are targeted for “very real violence … because of stigmatization and criminalization.”

“Society thinks that sex workers matter less, they need to be surveilled more,” said Chevrier. “They can’t be trusted … and when bad things happen to them, we’re like, ‘Oh well, they chose.’”

“When a city licenses a business, it becomes a ‘legitimate business,’ so these young girls think that they’re safe. The stories that we’ve had out of these businesses are horrendous.”

Emma (a pseudonym), a sex worker and member of SWWAC, said the organization wanted the licensing provisions repealed because the fees and rules were onerous and unfair.

Emma pointed out that not only did the licences have special requirements like background checks, but that failure to comply with the rules could result in steep fines.

“We were,” Emma said, “the highest fined group under the 15 specialized licence categories,” which also include businesses such as pawn shops and boarding houses.

“We want to work free of specialized licences,” she said.

“Some people like to work together,” said Amy. “It helps them and it makes them feel safe.”

Anti-trafficking advocates like Smith would like to see adult-oriented businesses shuttered and sex work eradicated. Sex workers’ rights advocates take a very different view. They say they do not need to be rescued and simply want to work without being so closely monitored by authorities.

Still, the two groups are not entirely at odds, sharing goals beyond the licensing repeal.

Chevrier said that she has worked “…with sex workers all over the world, and I have never met more fierce advocates against sexual exploitation and trafficking than sex workers.”

In addition to a common disdain for human trafficking, there seems to be a shared vision for a solution to sexual exploitation.

On Jan. 19, Redsky told Winnipeg council’s executive policy committee that reducing sexual exploitation will require “addressing the root causes of poverty. Women need more money and that’s why a guaranteed livable income is one major way to get there.”

Similarly, Chevrier acknowledged that some sex workers may feel “pushed by structural issues that might relate to … poverty.”

While there is no consensus regarding whether sex work can be divorced from exploitation, there does seem to be agreement that earning a decent living wage would go a long way towards eliminating that exploitation.