11 hours ago 0 1 min read
We use cookies to provide a personalized experience for our users. By continuing to browse this site, you give consent for cookies to be used.
Got it!
Home > Business > Technology > Capturing carbon: West Carleton high school grad hopes to use seawater to slow climate crisis 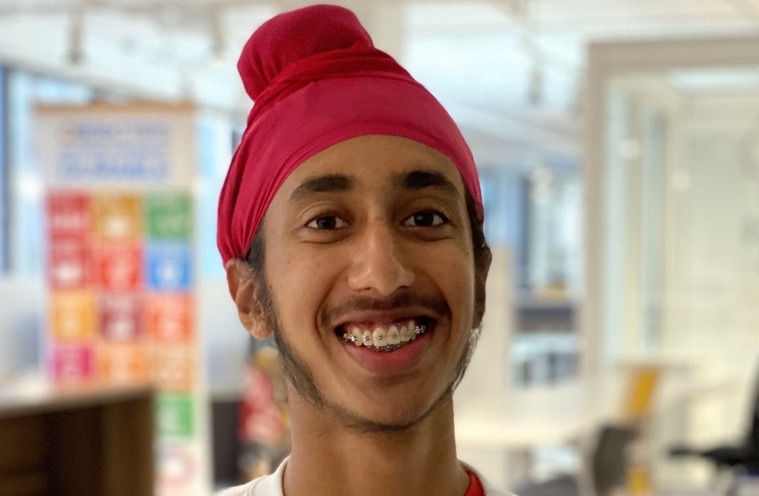 Big changes need big ideas and these can come from anywhere even from the lush farmland of West Carleton.

Devinder Sarai is working on one such big idea: his goal is to combat the climate crisis that is threatening our world.

Sarai’s big idea is called Cequest. In essence, the recent graduate from West Carleton Secondary School wants to build a technology that uses seawater to capture carbon dioxide from the air and ocean turn it into a mineralized bicarbonate and sink it back into the oceans where it will be sequestered. The process has the added benefit of adding alkalinity to the oceans to balance out the acidity that poses a risk to our blue planet. He’s even got a fundraising campaign underway to raise enough money to compete for Elon Musk foundation’s XPrize for Carbon Renewal.

Sarai, who graduated high school in 2020, is building a prototype of his “carbon sequestration factory.” He says the prototype could remove 1,000 tonnes of carbon dioxide from the atmosphere and ocean a year. However, the XPrize for Carbon Renewal requires teams to model their costs at a scale of one million tonnes per year and show a pathway to achieving gigatonnes per year. If this project were to be successful at that highest stage, it could take care of Canada’s annual contribution to global warming.

According to the Greenhouse gas sources and sinks: executive summary 2021 published by the federal government, Canada alone put 730 megatonnes of CO2 equivalent greenhouse gases into the atmosphere in 2019. And Canada contributes about 1.5 per cent of global emissions.

Sarai is a lover of nature and that led to his interest in the environment.

“It’s beautiful in the morning, pristine. Everything’s really nice,” he said. “But at the same time to think that on the other side of the country, and especially in the United States, there are wildfires going on. It’s like hurricane season now. And those are getting worse and worse every year. And flooding around the world, all that is happening while I’m still able to enjoy [the outdoors]. I try and put myself in that perspective.”

Sarai’s passion for the environment and his participation in a hackathon set up by The Knowledge Society in Ottawa in April led him to the carbon sequestration project. For the hackathon, Sarai’s team focused on reducing carbon emissions by 10 times. The team got a lot of positive feedback for their work in the hackathon but he was the only one who wanted to take the idea further.

“I have all the parts set up,” said Sarai. “I have several mentors advising in the field, like sciences, business, and then also in terms of just building things that have never really been built before.”

Sarai is working closely with Richard DeVaul, an innovation consultant who has worked with Apple and Google X; Andrew Blanchard, partner at the investment firm Jacket River and Ottawa-based Ian Lockhart, a senior director of The Knowledge Society.

Sarai’s prototype will compete for a chunk of the $100 million XPrize pot, the largest such incentive in history. The XPrize for Carbon Renewal is a four-year global competition encouraging student teams, small companies, and individuals to find ways to sequester carbon directly from the atmosphere or oceans. XPrize will award up to $5 million US to student teams in the fall of 2021.

“That would go a long way towards actually developing a factory,” said Sarai. “But the second thing, I think … would be the credibility that it gives.”

Even if he doesn’t win the XPrize, a bright future lies ahead for Sarai who is off to Harvard University in the fall to study computer science. He took a year off school after the pandemic put his scholarship on hold. He said he is looking forward to the people he will meet at Harvard and to be able to push himself past his perceived boundaries.

“It’s such a high concentration of bright minds. You’re surrounded by world class people,” he said. “Who knows what that network will bring. And just cool conversations. Really cool, inspiring people that will just get you to level up as well.”

As for Cequest, Sarai says he has plans to continue developing his carbon sequestration project.

“Building it out, working with a great team across the world because it’s also a business,” he said. “It’s economically incentivized.”

Editor’s note: An earlier version of this story contained incorrect information about the potential carbon-sequestration impact of the project at prototype scale, and about Canada’s annual greenhouse gas emissions.