5 days ago 0 7 min read
We use cookies to provide a personalized experience for our users. By continuing to browse this site, you give consent for cookies to be used.
Got it!
Home > News > Ottawa > Chloride levels in Ottawa River rising because of overuse of road salt, Riverkeeper says 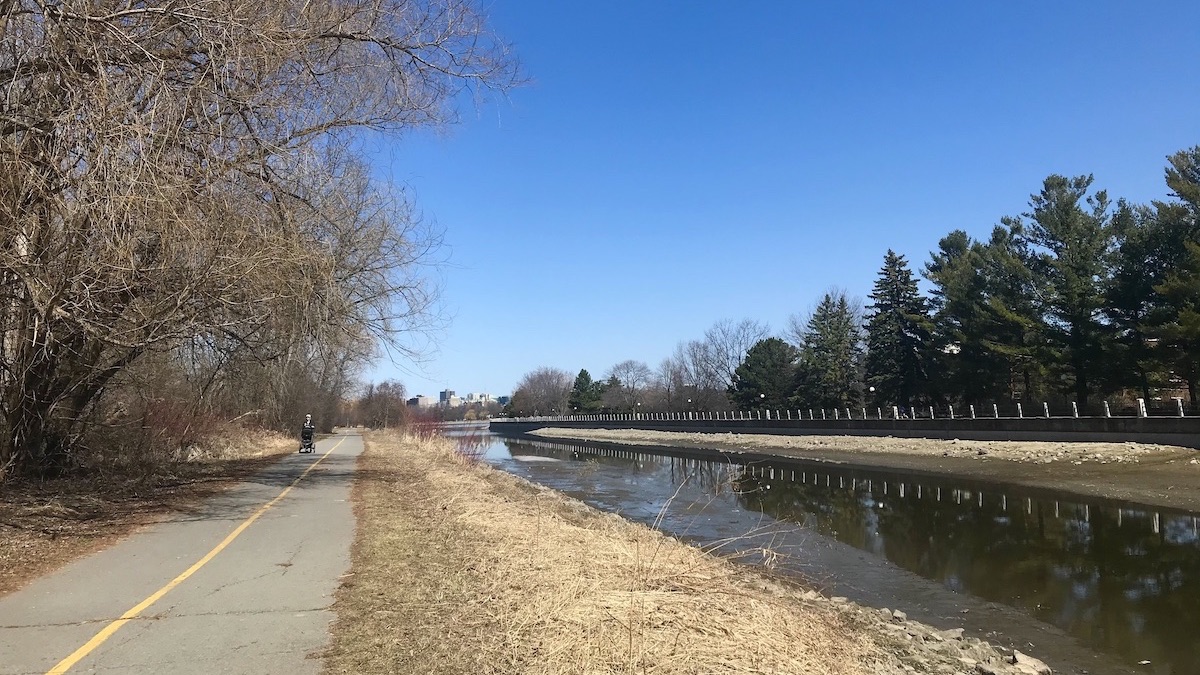 The Rideau Canal is fed by the Rideau River, and the water from both flows into the Ottawa River within the boundaries of the city of Ottawa. [Photo © Jaclyn McNeil]
Community

After a long winter and months of thorough research, the Ottawa Riverkeeper is hosting a webinar on April 30 to reveal findings of a study on the effects of road salt on the rivers and streams that ultimately flow into the Ottawa River.

A group of 12 volunteers led by biologist Katy Alambo — who’s hosting the April 30 event — has been monitoring 17 different waterways in the Ottawa River watershed to collect data on levels of chloride from road salt.

“During the winter, we have them go out after what we call ‘trigger events,’ ” said Alambo, explaining that “a trigger event would be any type of weather event that would result in the use of road salt.”

Alambo said more than 225 different water samples have been collected and analysed by a lab for chloride toxicity.

Ottawa Riverkeeper did a similar study last year and the results were alarming, said Alambo, with all samples showing high levels of chloride toxicity.

“So what this tells us is that the chloride concentrations in these streams were already at levels that would be harmful to aquatic life,” said Alambo.

This year, one sample in Nepean showed 7,900 millilitres of chloride per litre, which is 66 times what is considered safe for aquatic ecosystems, she said.

Rick Portiss, senior project manager of monitoring for the Toronto and Regions Conservation Authority, said chloride levels beyond the safe threshold can be detrimental to freshwater organisms as they are not adapted to living in salt water.

Species specifically affected by rising salt and chloride levels are insects that live on the bottom of rivers, which are easily killed by chloride toxicity, said Portiss. This, in turn, affects frogs, fish and the entire freshwater ecosystem.

“If you lose that bottom level of the food pyramid,” said Portiss, “then all the other species are impacted as well.”

The spring months are the most detrimental time for these ecosystems, said Portiss.

“It’s at its worst right now, when all the snow starts to melt and it’s washing all that salt and chlorides and other contaminants into the storm systems and ultimately into the rivers and streams,” he said.

Unfortunately, the salt runoff overlaps with the birth of many species, Portiss added.

“It coincides with when fish spawn,” he said, “so right now we have fish that are laying their eggs and it’s a perfect storm for fish that are trying to raise their young and get choked out by the salt that enters the system.”

Municipalities as well as private contractors often use too much salt — much more than what is needed, said Portiss.

“If there’s still salt left over after a snowstorm, and you see chunks of salt still on sidewalks, you’ve used way too much salt,” he said. “And ultimately, that salt doesn’t go anywhere; it gets absorbed into the system and will eventually end up in the river.”

“We really wanted to highlight these concerns related to road salt, but we also are aware that we live here in Canada, in Ottawa and it’s a winter city. We know that we need to maintain road safety,” said Alambo.

“We’re not advocating for banning of road salt. We are just asking for people to be a little bit more responsible in their road salt use.”

She added: “Road salt is ineffective at temperatures below 10 degrees Celsius, so applying road salt then isn’t going to do very much in terms of melting ice or snow. … You need a about a tablespoon to de-ice one sidewalk square; the recommendation that we usually use is one coffee mug full to de-ice a standard two-car driveway.”

There are alternatives to road salt being tested by various municipalities, said Portiss. These alternatives include sand and gravel for traction and beet juice for de-icing.

Anthony Vaccari, manager of an Ontario-based company called Eco Solutions, said beet juice could reduce the province’s overall use of road salt by half.

Beet juice has been widely tested, said Vaccari. However, few municipalities have permanently adopted this method mainly because of a reluctance to change traditional salting practices, said Vaccari.

“We’re literally handing them something that can change a lot of things in the world and in cost, and they still don’t really want to take a solid look at it,” he said. Beet juice is longer lasting than road salt, added Vaccari, so the change would have economic benefits, as well.

However, beet juice has drawbacks, said Alambo. “Using beet juice can be quite effective in order to melt ice. However, there could be ecological impacts of using these kinds of solutions, too,” she said.

“It can effect the pH of river systems which can also have an effect on aquatic organisms,” Alambo noted. “That’s why we’re trying to avoid recommending this kind of solution.”

The Ottawa Riverkeeper’s goal is to educate people on how much salt is necessary. There are misconceptions, Alambo said, causing the overuse of the product and higher than necessary chloride levels.