2 days ago 0 4 min read
We use cookies to provide a personalized experience for our users. By continuing to browse this site, you give consent for cookies to be used.
Got it!
Home > News > Ottawa > City recognizes the hidden history in Ottawa’s heritage hydro substations 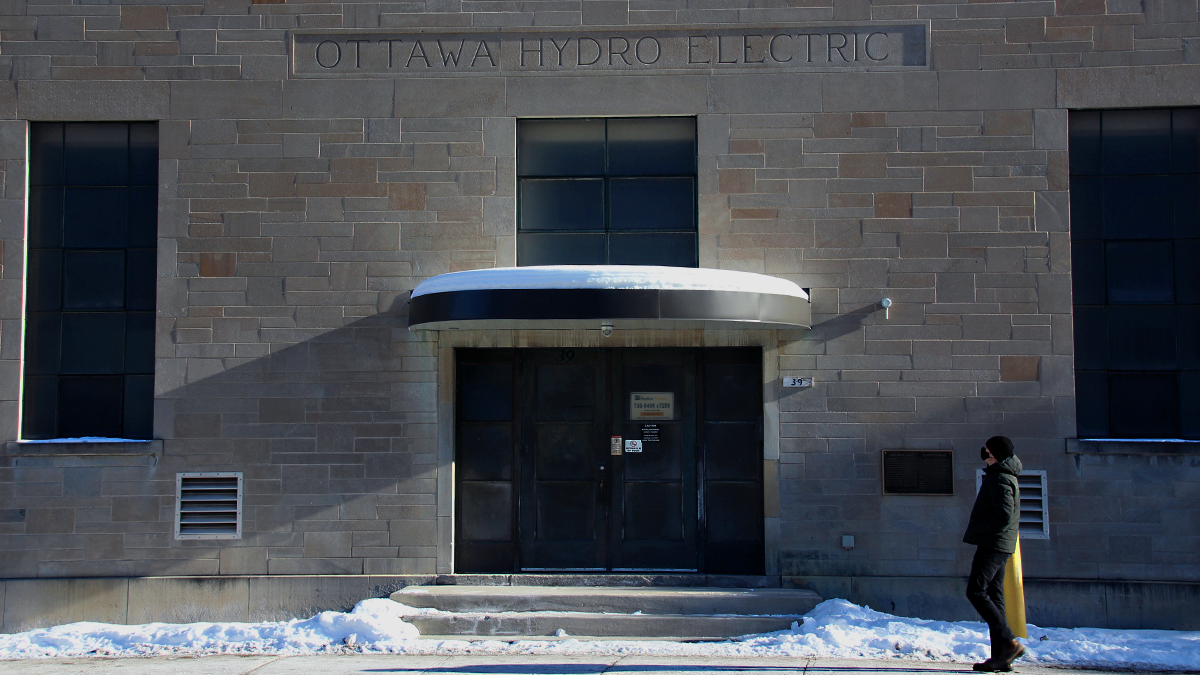 The hydro substation on Riverdale Avenue in Old Ottawa South is one of five historic structures recently designated as heritage buildings by the City of Ottawa. [Photo © Michael Edgar]
Architecture

The substations, built in the early part of the 20th century, have played a key role in the distribution of electric power to this day. They reduce the voltage carried in transmission lines to levels appropriate for distribution throughout the city.

But along with their practical function, the buildings were designed to be attractive landmarks in their neighbourhoods.

“One of the great shames of modern municipal buildings is that they tend to be very utilitarian,” said Kitchissippi Coun. Jeff Leiper. “We just don’t put the money in architecture and design the way we used to.”

The designations were approved in December.

“All five buildings have design value as excellent examples of industrial buildings influenced by a range of architectural styles and as significant examples of the early to mid-20th century hydro substations in Ottawa,” said a staff report recommending approval of the heritage designation.

Since they are still being used by Hydro Ottawa, the designation was accepted by the utility on condition that the utility can make any changes they need to the sites, especially in an emergency. There was no objection raised by the city’s heritage committee, which was chiefly concerned with paying tribute the buildings’ design features.

He says that the buildings represent an important phase within the architectural development of Ottawa. “They just tie in with a style of architecture that has a uniquely Ottawa feel.”

“You look at a building like that and it clearly tells you it’s been there for a long time,” said Carolyn Quinn, the vice-chair of Ottawa’s built heritage sub-committee. “It means that whole hydro operation is tied to the existence of that building.”

Heritage sites like these are tangible evidence of our collective past, added Quinn.

“As I grew older, I learned to appreciate that it was still there, and it was still functioning for the purpose for which it was built,” she said. “It’s given me great pleasure to have a say in its designation.”

The heritage committee found the buildings to be of physical and historical value to the community. The construction of the sub-stations is directly linked to the early 20th-century expansion of the city’s residential areas to the west and south of the historic downtown core. The stations are also physical remnants of the enduring history of hydroelectricity in Ottawa undertaken by Hydro Ottawa.

The Ottawa Hydro Commission – was formed in 1905. The city purchased the power supply from its previous owners as a way to avoid the high prices set by private electricity companies.

After its formation, the Ottawa Hydro Commission was able to lower and regulate energy prices by partnering with the Ontario Hydro Electric Commission, leading to a sharp increase in electricity use by residents.

“It’s more the shape of it, you know?” said Claude Jobin, an Ottawa architecture commentator and realtor, referring to the substation on King Edward Avenue. “I like those pilasters, the tops of those pilasters are very art deco.” Jobin said the stations are modern variants of the Art Deco style popular in France just before the First World War.

The style maintains, he said, the essential elements of classicism while limiting the use of ornamentation. The result, he said, is a humble building with detailed craftsmanship and an impressive, attention grabbing presence.

Art Deco was popular with Ottawa architects influencing the design of many buildings during the 1920s and ’30s.

These unique hydro buildings now serve as cornerstones of some of Ottawa’s historic neighborhoods: Old Ottawa South, the Glebe and Lowertown, where thousands of newcomers to Ottawa settled during the early 1900s.

Thanks to the substations, communities had enough power to thrive in what became an evolving, interwar society. Apart from the Depression era, the demand for electricity grew steadily from the hydro commission’s conception.

In the News: Monday, March 1

Why are young adults reporting more COVID-19 cases? It's complicated