4 days ago 0 8 min read
We use cookies to provide a personalized experience for our users. By continuing to browse this site, you give consent for cookies to be used.
Got it!
Home > News > Ottawa > City’s environment committee pushes for more details, reassurance about Chalk River nuclear waste projects 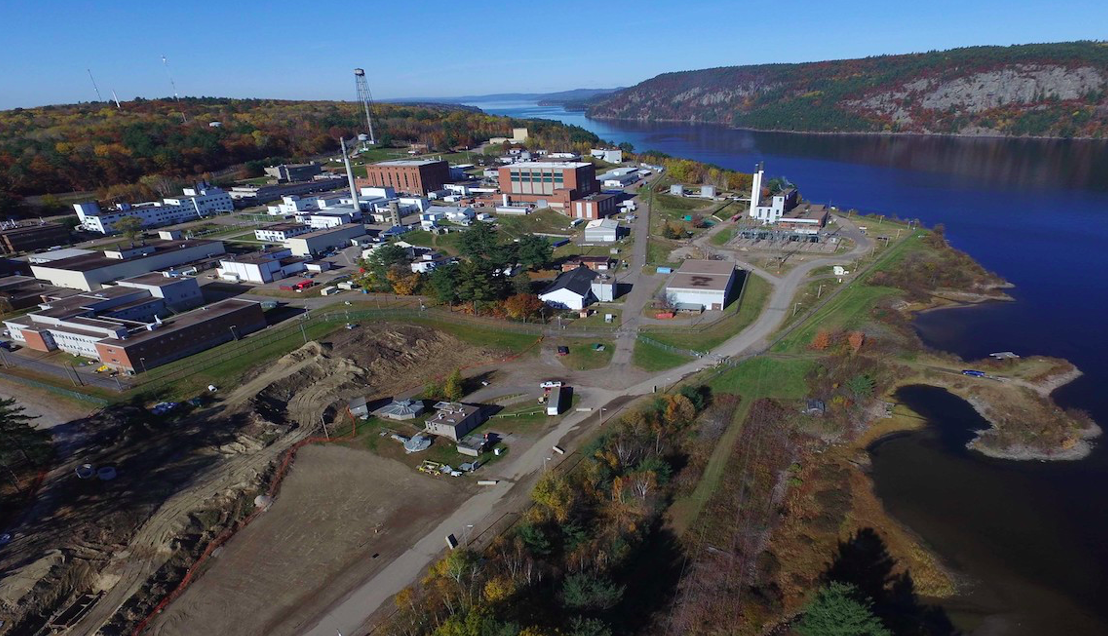 The City of Ottawa’s environmental protection committee wants Canadian Nuclear Laboratories to do more to ensure the safety of the Ottawa River before it begins two planned nuclear waste projects near the main source of drinking water for the national capital and many other communities downstream of CNL’s Chalk River operations.

After an eight-hour meeting on March 30, the committee did not vote on Coun. Theresa Kavanagh’s motion to oppose the construction of a nuclear waste disposal facility in Chalk River and the entombment of Canada’s first nuclear power reactor, the Rolphton Nuclear Power Demonstration. Chalk River, ON, is on the Ottawa River about 180 kilometres northwest of Ottawa.

A new motion instead recommends that council urge CNL to provide more information and assurances to address concerns about site supervision and durability.

If built, the Chalk River near-surface disposal facility (NSDF) would be Canada’s first permanent disposal site for radioactive material. Councillors want to ensure the site will only store the region’s nuclear waste, with no imports from other provinces.

The committee also wants access to environmental monitoring data, an alert system for the city if a leak occurs and stronger measures to protect the Ottawa River.

Built during the Second World War, Chalk River Laboratories was the Canada’s primary nuclear research facility and home to the first nuclear reactor outside of the United States. Following the war, the federal Crown corporation Atomic Energy of Canada Limited took ownership and later contracted operation to its subsidiary, CNL.

Intended as a safe solution

The NSDF is intended to be a safe solution to “low-level” nuclear waste that has piled up over the site’s 65 years of operation. Currently in temporary storage, the waste at Chalk River has been contaminating surrounding land, prompting CNL’s proposal for a permanent solution.

Entombment of the Rolphton nuclear reactor, also known as in-situ disposal, would involve filling and sealing the underground structure with a special grout.

The International Atomic Energy Agency doesn’t support entombment except in special cases. Kristan Schruder, general manager of the decommissioning project, said the reactor should meet this criterion because it’s a legacy site.

“This facility was built in the late ’50s. Decommissioning was not taken into consideration at the time of construction,” he said, noting the dangers of digging deep below bedrock to demolish and remove the structure.

The two projects, started in 2016, are in the environmental assessment phase. Once additional information requested by the Canadian Nuclear Safety Commission is provided and sufficient consultation with Indigenous communities is complete, there will be a number of commission hearings before licensing is given.

Upon completion, the NSDF will hold a million cubic meters of low-level nuclear waste and is designed to last for more than 550 years, at which point radioactivity is expected to have decayed to safe levels.

Despite Kavanagh’s original motion opposing the two projects, councillors didn’t formally object to CNL’s plans during the committee meeting, but many delegates from community associations and advocacy groups attending voiced strong objections to the waste projects.

Members of the public were particularly concerned about the disposal site’s 1.2-kilometre proximity to the Ottawa River, the risks of flooding, earthquakes and tornadoes, and the many centuries the waste projects will need to remain operational.

Gordon Edwards, president of the Canadian Coalition for Nuclear Responsibility, disagreed with CNL’s claim that hazardous radioactive levels at the NSDF will quickly decay within the facility’s lifespan. He noted that some of the radioactive materials to be stored have extremely long half-lives, meaning some will take thousands of years to decay.

“We’re talking about writing history today,” said Edwards. “The pyramids of Egypt are only 5,000 years old. These wastes will be around for much, much longer than that.”

He also criticized the CNSC’s role in the development of two projects, saying that the regulator’s mandate keeps it from recommending alternative approaches.

“The levels of radioactivity that would remain on the site long-term are not hazardous,” stated Meggan Vickerd, director of the NSDF project. She added that although they will limit how future generations interact with the site, CNL’s models show the facility could even be habitable in the future.

“We want to make sure that the public still always has some say and I’m hoping we can direct it to these agencies,” said Kavanagh.

Ultimately, the final go-ahead for the projects is up to the CNSC and the federal government, but city staff emphasized the importance of the proponent hearing Ottawa’s concerns.

“If people are still feeling not at ease, there’s a good reason for it,” said Kavanagh, “and (CNL) has to prove beyond a shadow of a doubt that they have taken into consideration our wonderful water supply.”

The committee unanimously agreed to the revised motion, which will be brought to the city council on April 14.