3 days ago 0 1 min read
We use cookies to provide a personalized experience for our users. By continuing to browse this site, you give consent for cookies to be used.
Got it!
Home > News > Seniors > COVID consequences: Ottawa mosques adapt in-person prayers and virtual services 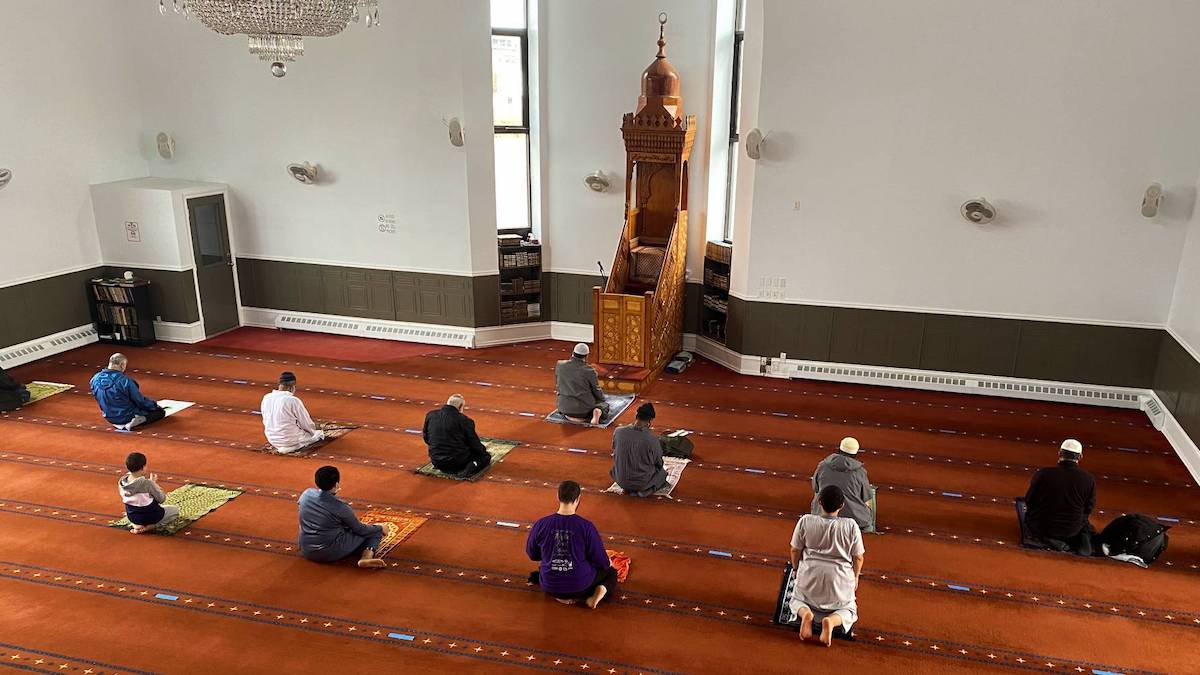 The Ottawa Mosque reopened on June 12. Before visiting, attendees are instructed to register online, maintain physical distancing and bring their own prayer mats to minimize the risk of COVID-19. [Photo © Sedanah Qwai]
News

Ottawa mosques have been reopened for worship since June, but that doesn’t mean things are entirely back to the way they were before the pandemic.

Older people, for instance, who are more vulnerable to COVID-19, are still asked to pray from home, and more community activities have gone online.

Still, the population has found ways to cope with this new reality, such as limiting the number of people worshipping in-person at one time.

There are about 100,000 Muslims in Ottawa, according to the Ottawa Muslim Association (OMA), a charitable Muslim organization and home to the Ottawa Mosque.

In Ontario, provincial guidelines permitted places of worship to reopen on June 12, but restricting the number of attendees to 30 per cent of capacity. While reopening their doors, mosques also implemented physical distancing, access to sanitizing stations and encouraging attendees to bring their own prayer mats.

Imam (prayer leader) Muhammad Sulimman of the Ottawa Mosque, the oldest in the city, says the pandemic can be understood as a test from God to the Muslim community. “As long as it gets people closer to God, it becomes mercy.”

Sulimman said now might actually be the best time to visit the mosque. “If you are OK, don’t be scared to come to the mosque.”

Sulimman is offering virtual programs in the coming weeks, including a youth- and student-focused program launching in this month on the topic of manners and behaviour during the pandemic along with a program for women discussing the roles and responsibilities they hold in Islam.

Volunteer Soumaya Marhnouj of the AMA’s Mosque of Mercy, which allows those aged around 15 to 70 to enter, said training is provided so vulnerable populations can access online programs.

One of those programs, the Seniors’ Fitness Club, is held twice a week on Zoom and sees an average of 30 attendees.

Similarly, the Ottawa Mosque has not invited seniors back for in-person services, even though they constituted the majority of the mosque’s attendees before the March 2020 lockdown.

Instead, Sulimman encouraged those vulnerable populations to pray at home and use online services to maintain a connection to the community.

In Islam, Muslims are given the option to pray at home or in a mosque. The OMA states that the majority of scholars in Islam say praying in the oldest mosque in a city will reap greater rewards because the mosque has the largest “number of prayers conducted under its roof (and is) a place which the angels have become familiar with.”

Secretary Mohammed Aswad of the OMA says the Ottawa Mosque allows 300 attendees to enter its facility today, a big difference from its 1,000-person capacity before the pandemic. The large number of attendees at Friday prayer, the most attended service of the week, prompted the mosque to introduce a second prayer service so everyone could attend, said Aswad.

In addition to praying in mosques, Aswad explains that praying in groups is another important part of the faith.

Secretary Mohammed Aswad of the Ottawa Mosque explains the importance of group prayers in Islam.

As someone who regularly attends the mosque, Hanaa Salama, wife of Sulimman, said that the opportunity to visit the mosque during the pandemic is indescribable.

“It’s a big blessing for my family to have our home next to the masjid to join each (prayer) here,” she said. “It makes us feel like we’re still alive.”

For the time being, Sulimman said he anticipates the capacity limit in the Ottawa Mosque to remain the same with continued social distancing until the government announces further regulations.

Charitable challenges: COVID-19 hurting the homeless, the hungry and others in need in Ottawa