1 week ago 0 9 min read
We use cookies to provide a personalized experience for our users. By continuing to browse this site, you give consent for cookies to be used.
Got it!
Home > News > Ottawa > Democracy on display in controversial pandemic election that changed little in Canada, Ottawa 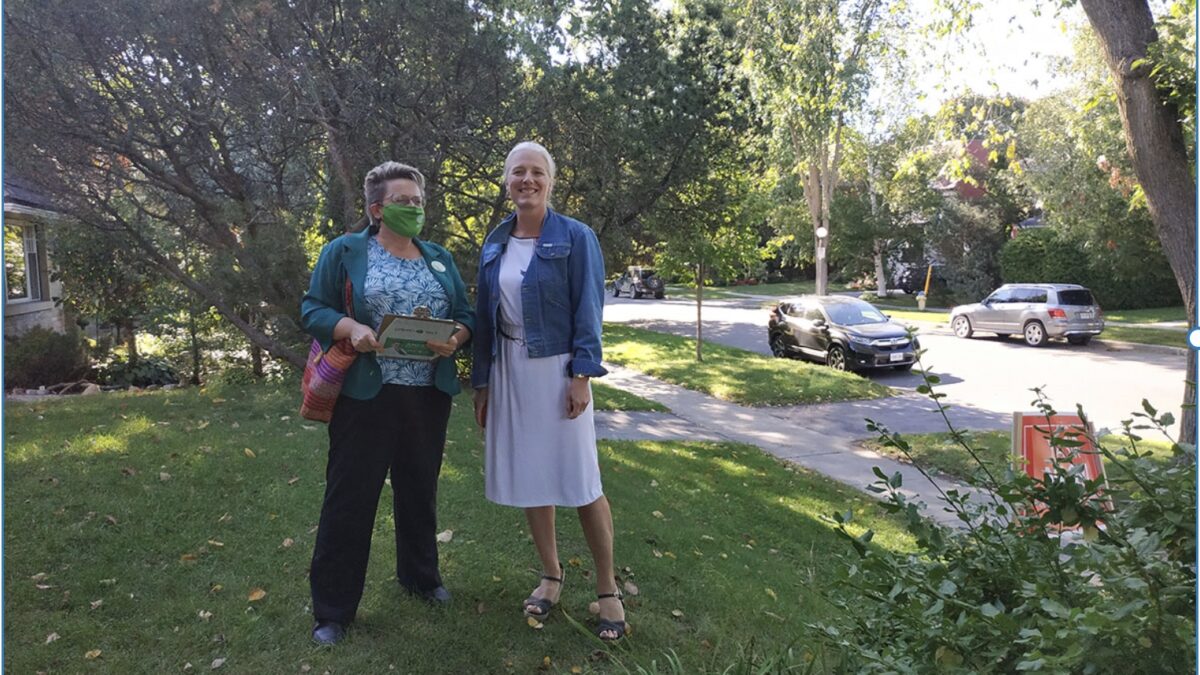 Green Party candidate Angela Keller-Herzog unexpectedly ran into Glebe resident and former Ottawa Centre MP Catherine McKenna while campaigning on Sept. 18. McKenna was still the Liberal MP for Ottawa Centre and federal minister communities and infrastructure. McKenna announced earlier this year she would not be seeking re-election. McKenna was sitting at her porch and waved at the Green candidate as she walked by. The two shared pleasantries. After the election, McKenna expressed disappointment about the Green party's poor showing and said she planned to devote the next phase of her career to fighting climate change. [Photo © Tamanna Khan]
Canada Votes 2021

Citizens of a country speak their mind through their ballots. Canadians, who voted during a Sept. 20 federal election during a fourth wave of the COVID-19 pandemic, returned a Liberal minority government to power with seat totals for the five main parties almost identical to those from the 2019 election. With just five weeks to canvass for support, candidates in Ottawa scrambled to appeal to voters using posters, lawn signs, leaflets and door-knocking. Though there were long lines at some polling stations on election day, voter turnout was the lowest (about 59 per cent) in a decade.

Issues that remained a priority for many voters included the pandemic, climate change, childcare and the controversial election call.

In Ottawa, eight ridings re-elected Liberals. Only Carleton riding went to the Conservatives, re-electing veteran Tory MP Pierre Poilievre. Other parties such as the Greens and the NDP, failed to convince enough voters to get elected. Capital Current caught the mood of the capital in photographs of street life and colourful campaign signs.