4 days ago 0 2 min read
We use cookies to provide a personalized experience for our users. By continuing to browse this site, you give consent for cookies to be used.
Got it!
Home > Life > Dream trip on hold: How pandemic travel restrictions grounded me and much of the world 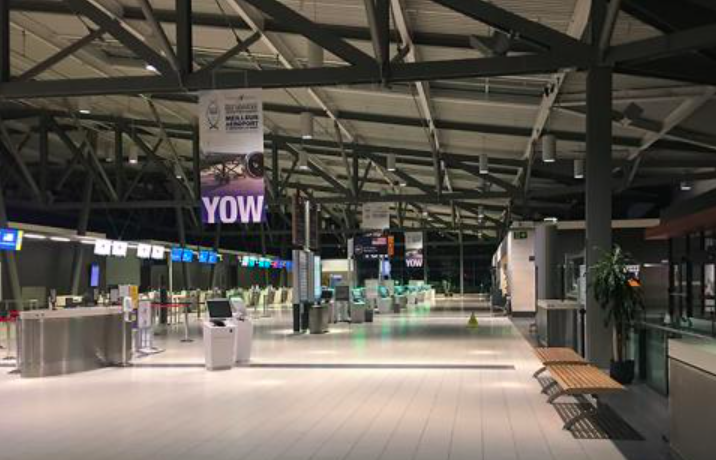 Dream trip on hold: How pandemic travel restrictions grounded me and much of the world

In this year of many firsts, I watched from inside the four walls of my home as the world went into lockdown to stop the spread of COVID-19.

Borders were shut down to unwanted guests, and I was now one of them.

Like many others prior to the outbreak of the pandemic, I had travel plans at just the wrong time. And as someone who hasn’t had the chance in life to travel, this was my opportunity — and I was beyond ecstatic.

I was supposed to be en route to Barcelona, Spain at the beginning of May, with plans to intern at a magazine — my dream job — and live overseas for six weeks. I never made it to Barcelona.

For some, travel is a way of getting to see their friends or family members. For others, including several Canadian politicians this year, it’s a chance to escape the winter months and relocate down south.

Normally, the world is ceaselessly moving, like the continuous flow of traffic. Now we’ve largely hit the brakes. Since March, the majority of the world’s countries have imposed partial or complete border closures.

According to a Pew Research Center analysis on border closures, roughly 91 per cent of the world’s population live in countries with border restrictions.

The pandemic altered the familiarity of travel for many, and in different ways. Many snowbirds will not see their sunny palm tree destinations this winter, and many families haven’t seen each other in months.

Generally, Canadian snowbirds escape to the most southern regions of the U.S., residing on the edge of that country’s border. According to a report released by Statistics Canada in 2019, 300,000 to 375,000 Canadians typically migrate to the U.S. and Mexico to hibernate for the winter months. As the second wave of COVID takes hold in Canada, some are still headed south or overseas, despite the warnings of the prime minister and the presence of a more contagius variant of the virus.

Others have been grounded.

Students who had already started their semesters abroad were trapped. Spring breakers were stranded. The world was caught scrambling to secure flights to avoid the risks of being trapped far from home.

Like many others during the pandemic, I was affected by travel restrictions. When I think about my plans being cancelled, my career hitting an obstacle, I also think to myself: I’m not the only one.

I may have lost the thousands of dollars that I invested in my internship. But I am fortunate that my loved ones are not a country away. They’re just a room away.

Still waiting in the wings: Why women and people of colour remain sidelined in Canadian film and TV