2 weeks ago 0 1 min read
We use cookies to provide a personalized experience for our users. By continuing to browse this site, you give consent for cookies to be used.
Got it!
Home > News > Education > Drone-assisted ‘virtual field trips’ offer way to teach science online as universities adapt to pandemic times 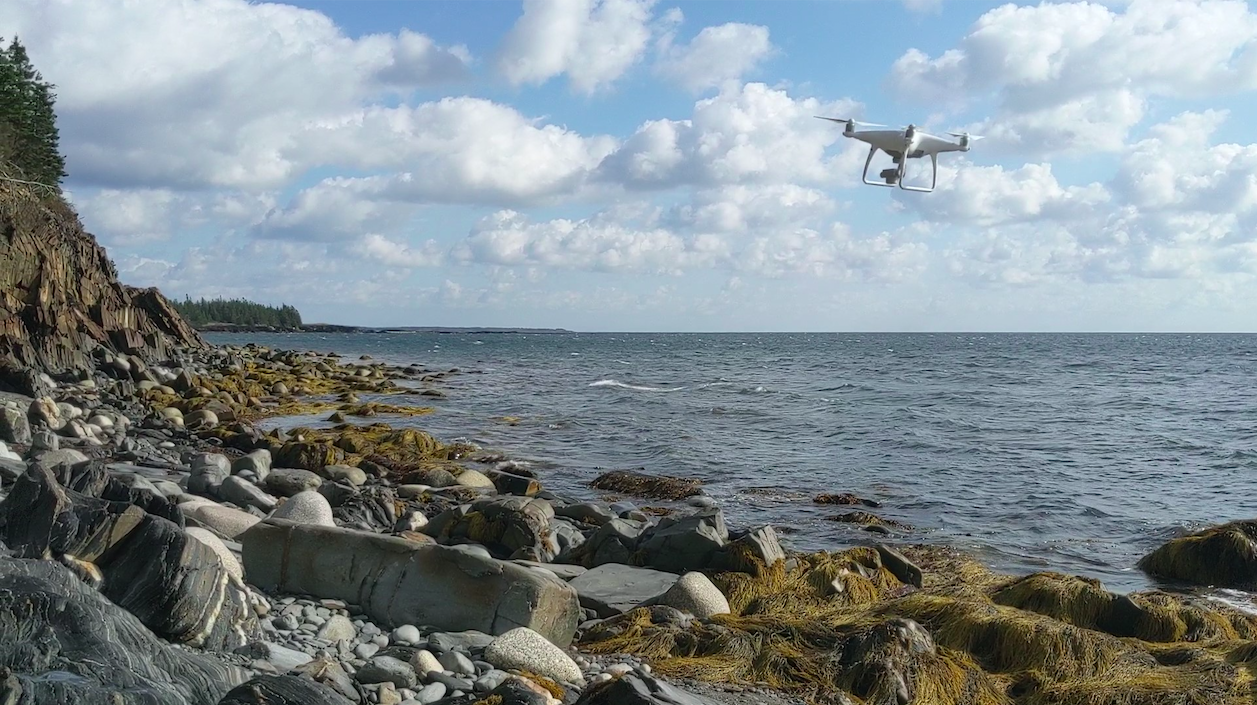 When universities and colleges across Canada reopen in a couple of weeks, online instruction will be the norm. However, this poses particular challenges for science courses rooted in hands-on labs and field work.

“When I was an undergraduate student, being in the field was one of the big things that attracted me to natural science,” said Mike Young, a professor of geology at Dalhousie University in Nova Scotia. “I still remember the field trips that I took.”

As a result of the pandemic, science instructors across the country, including Young, are adapting their hands-on courses for online instruction. Though this poses significant challenges, it’s also creating unique opportunities to expand the way such courses are taught.

Young won’t be able to take his geology students on field trips this fall; so instead, he’s designed virtual field trips students can experience from their computer.

He bought a drone at the beginning of the year, initially wanting to collect images of sites for his students so they could familiarize themselves with areas before going into the field. However, when the pandemic hit, the initiative turned into a more substantial project to create complete virtual field trips.

With a small team and budget from the school, he’s used drone footage, videos, and geographical imaging systems (GIS), to create 20 virtual field trips of areas across Nova Scotia that classes usually visit.

“Mostly it’s taken a lot of pictures,” Young said. Since the beginning of June, he’s taken 60,000 photos to put the field trips together.

Young and his team then used software to stitch those pictures together into a 3D shape. He also scanned samples of rock and soil so students can zoom down to the nitty gritty of the areas.

“It would be very familiar to Google Earth,” he said, adding that it’s all on the web, so students anywhere can have access to it. He said he’s spent time making sure it was a high-quality experience, so students stay engaged in the learning.

“I knew it would be a lot of work – (but) I didn’t know how much work it would be,” Young acknowledged.

He’s been working since the spring, when Dalhousie announced the fall semester would be online. Other instructors in the geology department will also be using these virtual field trips to teach in the upcoming semester.

“There’s an entire year that students don’t get to go into the field,” Young said. “I felt like we had to do something where they could get a memorable experience of some sort.”

Just like Dalhousie, Carleton University in Ottawa is going online this fall.

Nigel Waltho, an instructor in Carleton’s biology department, has also had to modify his courses to fit a new format.

His ecology courses usually include four-hour labs each week, which involve collecting and then analyzing data. But now that students are in different locations, they won’t be able to go into the environment as a group and collect data.

A course can’t even ask students to go out and collect samples from a local forest, for example, because some students won’t have ready access to the woods.

“Essentially (we) have to develop assignments that the students can do at home, no matter where they are in the world, without the support of lab co-ordinators or TAs,” he said.

Half the battle, he added, was coming up with the format.

However, Waltho said that it helped when Carleton made the decision early in the spring to go online in September.

“It’s given us faculty members time to adapt,” he said, “and to think how you’re going to run the labs.”

In addition to changing up how hands-on labs are done, Waltho said that they have had to cancel the 30 offered fieldwork courses this year.

Carleton University is part of a group of Ontario schools that collectively offers students unique courses in field biology. Each course involves spending two weeks in the field. Some sites are in Canada, but many are in different locations around the world — in places such as Tanzania, Belize and Taiwan.

Carleton was this year’s co-ordinating school, and Waltho was the lead on the program. He said they made the decision in the spring to cancel this year’s courses.

“We had to shut them all down,” he said. “We looked at the reality and said it’s not going to happen.”

There is still one course scheduled to run in December in Jamaica, led by Waltho. However, he said it’s likely it will be cancelled as well.

Since those courses were electives and not compulsory, though, he added it was possible to cancel the offerings without affecting degree requirements for the students.

Despite the challenges, the changes that come out of this online year may provide new learning opportunities.

In particular, the virtual field trips that Young has designed will likely have future applications.

“These will outlive the pandemic,” he said. “We’ll be using these, integrating into our (physical) field trips going forward.”

He explained that they could be used to help students familiarize themselves with a location before they arrive on site, or as a substitute if a student is unable to attend a field trip.

“It won’t replace the in-person — the smell of the salt air, the wind,” he said. “Those are all big parts of the experience. But this is a bit of a replacement.”