2 days ago 0 4 min read
We use cookies to provide a personalized experience for our users. By continuing to browse this site, you give consent for cookies to be used.
Got it!
Home > Remembrance Day > In Focus: An historic Ottawa military unit honours Canada’s fallen on Nov. 11 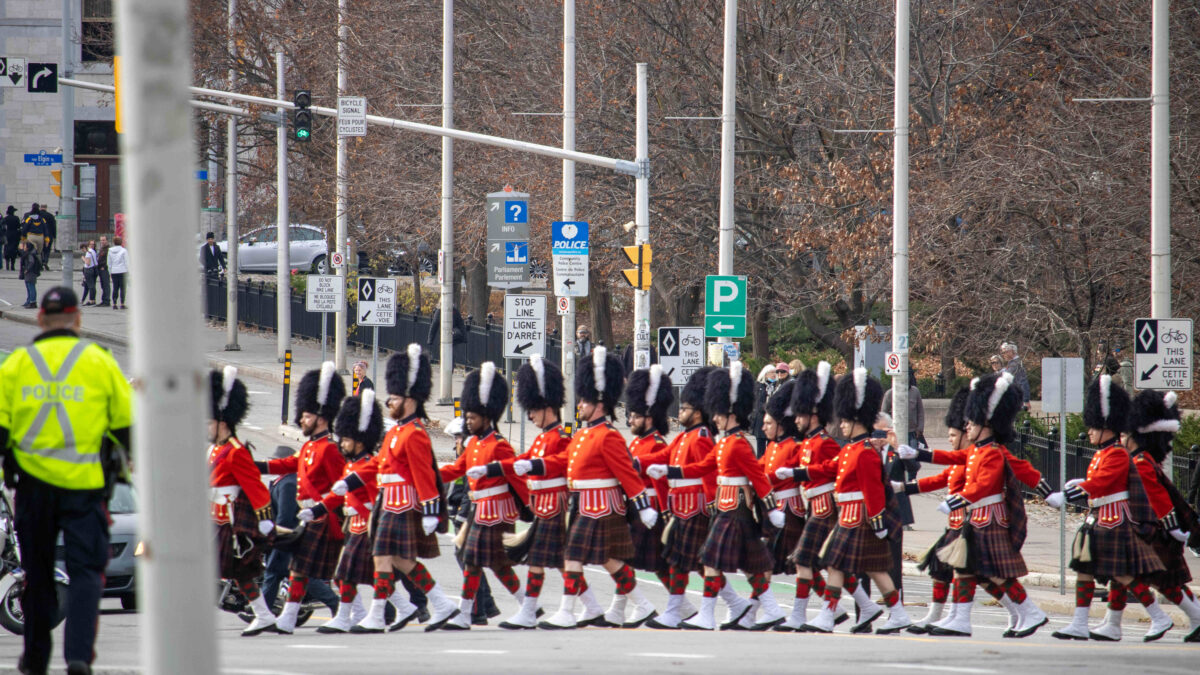 Remembrance Day is perhaps the most formal occasion in which the Canadian Armed Forces participate. In Ottawa, units from all branches of the Canadian Forces participated in the Nov. 11 commemorative parade and the ceremony at the National War Memorial, including The Cameron Highlanders of Ottawa, a reserve infantry regiment headquartered at the Cartier Square Drill Hall. It is one of Canada's 16 infantry "Scottish" regiments. [Photo © Dennis Kovtun]
Ottawa

While all major Canadian cities held their own Remembrance Day ceremonies on Nov. 11, the one held in Ottawa is the country’s showcase tribute to those who’ve served in times of war. Many Ottawa-based military units from all branches of the Canadian Armed Forces, as well as RCMP, participated in the sombre parade through downtown streets to the commemorative ceremony at the National War Memorial. The colourful Cameron Highlanders of Ottawa was one of the most recognizable units during this year’s commemorations. Capital Current reporter/photographer Dennis Kovtun joined the Camerons on their big day, capturing their preparations to honour Canada’s war dead and the many veterans who did their duty for the nation in times of conflict and peace.

The 25th Hour: From Stem to Bouquet