2 weeks ago 0 1 min read
We use cookies to provide a personalized experience for our users. By continuing to browse this site, you give consent for cookies to be used.
Got it!
Home > News > Ottawa > In Focus: Tour highlights commuter rail’s impact on Hintonburg — past and present 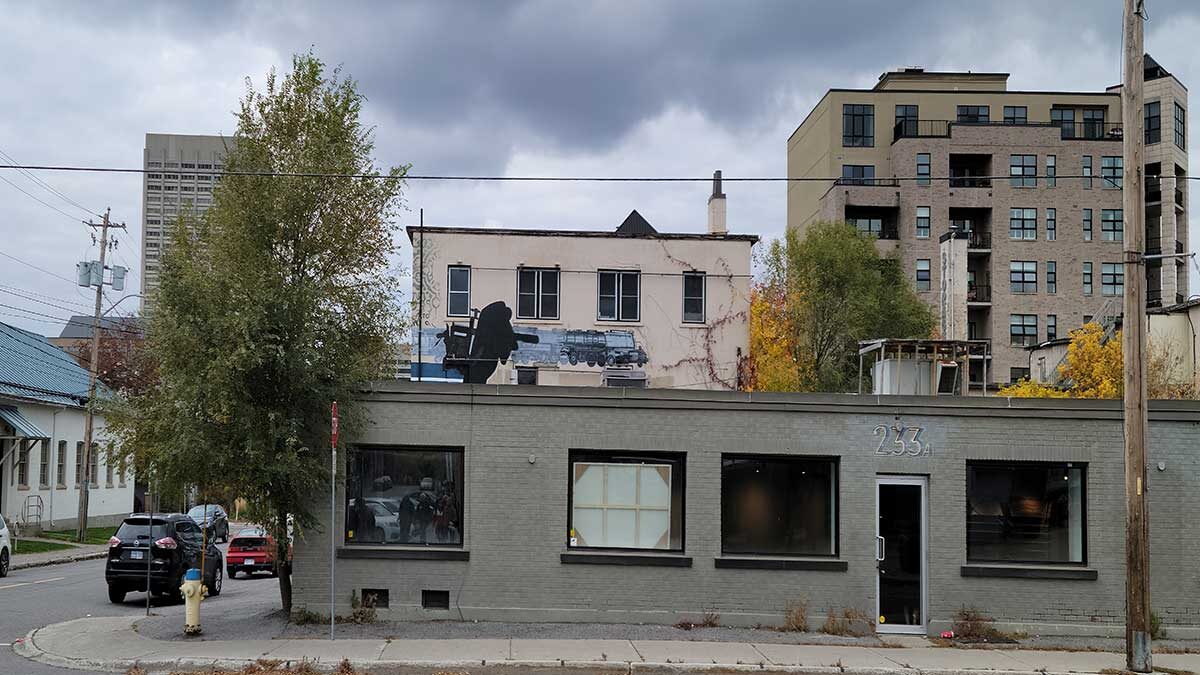 A recent Heritage Ottawa walking tour of Hintonburg highlighted the west-end neighbourhood's growth in the era of the streetcar in the early 20th century. Today, the arrival of light-rail transit has added pressure to longstanding plans to intensify residential development in the area. [Photo © Alexander Dolansky-Overland]
Community

Linda Hoad, vice-president of operations at Heritage Ottawa and a founding member of the Hintonburg Community Association, recently led a historical walking tour of the Hintonburg neighbourhood. Capital Current grabbed a camera and tagged along.

The village of Hintonburg was named after Joseph Hinton, who designed the community’s town hall in 1893. Many people in Hintonburg then travelled to work on Ottawa’s street car system, which helped the area grow and connected it to the city’s downtown.

But lately, the Hintonburg community has been clashing with city planners who hope to intensify development in the area because of the westward extension of the LRT commuter rail network.

Hoad said there has been a longstanding plan to intensify residential development in Hintonburg. But controversially, construction of the LRT line has led city planners to push for even greater intensification.

“They always say, ‘It’s so close to transit, we have to have more intensification!’ But the plan already took that into account,” Hoad said.

“It wasn’t as though the LRT came out of nowhere,” Hoad continued. “We’ve known about it for a long time, that it was going to replace the bus rapid transit. In a sense, light rail has brought visions of glory to the developers.”

Hoad added that for the most part, residential intensification that’s been happening is good. But every now and then, there are developments that don’t please the Hintonburg Community Association.

“It’s always been a kind of ‘live and let live’ community,” Hoad said of Hintonburg. “It’s an eclectic mix of many histories that have remained alive.”