4 days ago 0 3 min read
We use cookies to provide a personalized experience for our users. By continuing to browse this site, you give consent for cookies to be used.
Got it!
Home > News > Ottawa > Kilmorie House: City View residents lament loss of historic ‘green space’ 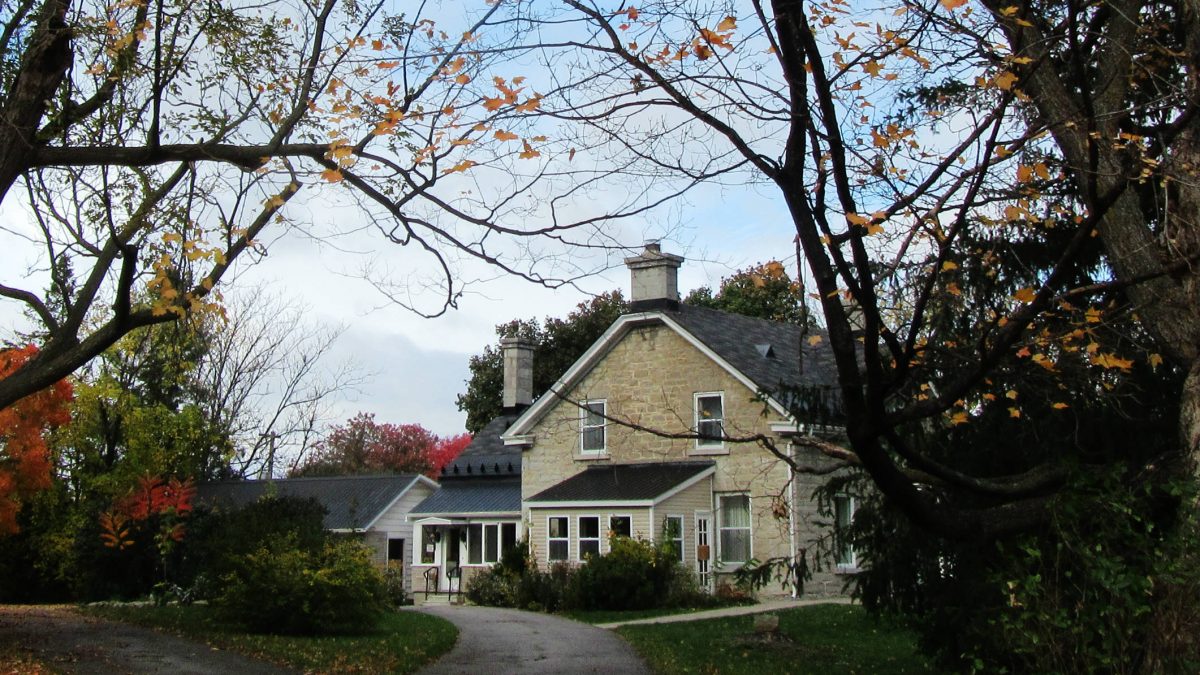 The Kilmorie House property located at 21 Withrow Ave. in west-end Ottawa was once the home of poet William Wilfred Campbell. City council has approved a controversial plan to develop much of the property. [Photo courtesy City View Community Association]
Development

A beloved historic property in a west-end Ottawa neighbourhood appears headed for a major development despite efforts by local residents to preserve the site as a community arts centre and green space.

At a planning committee meeting on Nov. 14, residents in the City View neighbourhood lost a key vote to developer Joey Theberge, president of Theberge Homes, on the fate of Kilmorie House and its wooded grounds.

The proposed development plan to city council on Nov. 27 for final approval, passing in a 14-7 vote.

The controversial property is located off Merivale Road at 21 Withrow Ave. The stone house dates back to the 19th century. In 1915, the house was bought by William Wilfred Campbell, who has been described as a “renowned Confederation Poet.”

His most famous literary work, “The Mother”, was once read out loud in Parliament.

Kilmorie House is the second-oldest stone house in the city and is surrounded by about 100 trees from a variety of species on a sprawling property.

“Campbell wanted to help out in World War I, but he was too old. So he trained the militia on these grounds,” says Joan Clark, a leading opponent of the proposed development and advocate for preserving the Kilmore House and grounds as a community resource.

The planning committee agreed Kilmorie House must be protected, but it strongly approved the developer’s plan to build a 13-home subdivision around the privately owned building.

“First of all they are going to clear cut the trees and I thought we were a little bit more aware of the environment and the importance of trees these days,” said Clark,  who is also president of the City View Community Association and a member of the Kilmorie Heritage Society. “But apparently the city hasn’t got that memo.”

Kitchissippi Coun. Jeff Leiper opposed the plan at the planning committee meeting and was among those who dissented at the subsequent city council meeting.

Leiper said he agreed with Clark on the value of the green space to local residents.

“I think on net balance, it’s a loss to the community,” Leiper said. “The green space lost I think is significant. I think we need to have more green spaces in the community, especially as they’re intensifying (residential development).”

The controversial property lies within the ward of beleaguered College Coun. Rick Chiarelli. His absence from council business over the past few months amid allegations of sexual misconduct towards female employees and job applicants meant his involvement in the Kilmorie House controversy waned as the issue came to a head.

Clark highlighted Chiarelli’s early involvement in supporting the community’s preservation campaign and said she only wished he had been present during the final push to stop the development.

She referred to the developer’s plan of action as a “dirty scheme” that seemed to be timed to take advantage of Chiarelli’s absence.

“When we went to the planning committee we went on our own. First of all, why it went to planning committee mid-November, I don’t understand. We haven’t got a councillor and winter is here. Why couldn’t they have waited until the spring?”

Charlotte Mukankusi, a City View resident for more than 30 years, has raised her children in the neighbourhood and was looking forward to the generations to come having a space to remember the area’s history.

“Wouldn’t it be lovely to have a park for people to just go and stroll and sit on the bench and enjoy the flowers and see the magic of the trees that lie behind the property?” Mukankusi asked councillors at the committee meeting.

Asked whether she agreed with Theberge’s argument that allowing the development would be  “improving the community,” Clark told reporters after the planning committee meeting that she was in general agreement with that assertion.

“We are not against development at all. We are against doing the wrong thing, of taking this historical place and hiding it,” said Clark.

The Kilmorie House battle has arisen in the wake of another high-profile heritage controversy in Ottawa over a proposed addition to the historic Château Laurier hotel. The City of Ottawa is also in the midst of adopting a new Heritage Registry that will see hundreds of local properties designated as having historic architectural value.

Prior to the city council meeting, Clark said she was hoping for a “Christmas miracle” in which “councillors would stand up for us, even if they deferred it to do more research on what alternatives could be.”

Despite support for her cause from a third of councillors, the city’s approval of the development moves the proposed project much closer to realization.