6 days ago 0 6 min read
We use cookies to provide a personalized experience for our users. By continuing to browse this site, you give consent for cookies to be used.
Got it!
Home > News > Ottawa > Ottawa’s Street Resilience Project is flipping ideas about youth crime prevention on their head 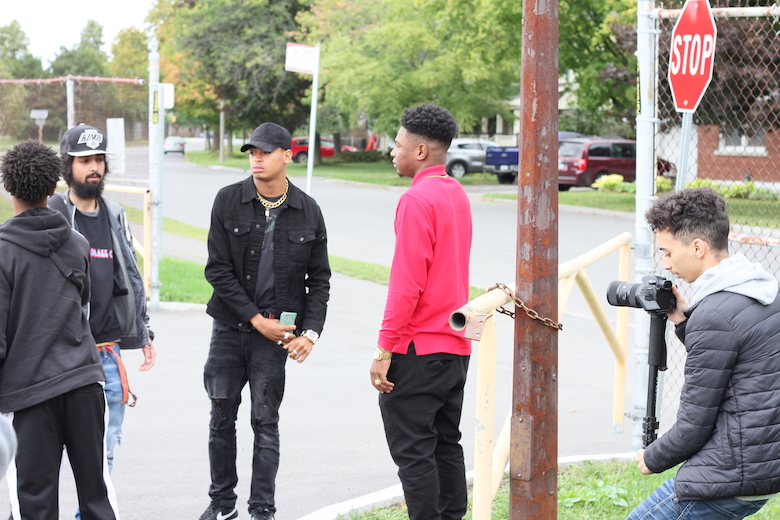 Things are good for Salah these days.

The 37 year old recently graduated from Algonquin College and works full-time in a unionized job.

Salah has worked hard to get to this place in his life, though. After serving some time in prison, he is reintegrating into Ottawa with help from community programs.

After graduating high school, Salah took a year off to make some money before going to university. His plan was delayed when he had trouble finding and keeping a job. Instead, Salah started spending more time with some high school friends. He said some of these friends held a certain “influence” over him. “They were kind of low-level criminals,” he said.

Salah said that before he knew it, he was in too deep.

Looking at crime in the city today, Salah pulls from his own experiences to make sense of why young people are drawn to it.

“I know a lot of them probably feel like crime is actually all they know and all they’re capable of doing, because they never had people to make them think outside the box and say, ‘Hey, you know what, you’re good at this.’”

Salah said he feels that those trying to help kids from similar backgrounds as himself need to believe in them and care for them.

Ottawa’s Street Resilience Project is putting this idea into practice. Launched in August and geared toward young men aged 16-29, it takes an alternative, trauma-informed approach to youth gang involvement.

“Thousands are hacking at the branches of the problem. Fewer are working at the root,” said Mandi Pekan, director of the Street Resilience Project.

The project is a three-year community-based research project. Young men of colour are interviewed by a psychotherapist about their lived experiences, and take part in a monthly community session facilitated by a team of trained outreach workers.

Together with actors and a production team, Pekan is also producing a video that seeks to empower these men to tell their own stories, and counter perceptions of street gangs.

When finished, the video will be screened to community stakeholders and the Ottawa Police Service, with the hope that it will inspire more bias-free work in communities.

According to Pekan, accurate representations of gang life are rare. “It’s been disappointing that positive and authentic stories of young racialized men are insufficiently told and overshadowed by stories of challenges and failures.”

“We make sure that we give a lot of voice to the part that is trying to do really well,” she said. “They’re constantly having to confront and battle stereotypes that portray them as below average, not achievers, a lost cause, troublemakers, and that message is internalized over and over again.”

As a result, Pekan hears from these young men that they feel socially isolated and targeted by law enforcement. These feelings are backed up by data.

In the second Traffic Stop Race Data Collection Project report released this year, researchers conclude that the traffic stop rates for young black and middle eastern men “cannot be justified and are consistent with findings of racial profiling in cases involving other police services.”

“I grew up here, have family, and cousins here. I know how many of my cousins go to university, never done a crime in their life. Have they been pulled over? Have they had mistaken identities? Absolutely,” said Salah, speaking about police community relations in Ottawa.

According to Pekan, the Street Resilience Project is committed to resolving tensions between racialized communities and law enforcement. “We hear it, we see it and we’re noticing the consistent fear, anxiety, and most of all the loss of trust in the Ottawa police,” she said.

Pekan takes a trauma-informed approach, shifting thinking from “what’s wrong with you” to “what happened to you.”

Judah Oudshoorn is a researcher at Conestoga College in Kitchener, Ont. who studies restorative justice.

Oudshoorn explained how a trauma-informed approach can help people bounce back from challenges, especially communities who face long-standing oppression.

“If I’m supporting and walking alongside somebody, I’m making sure I have a good understanding that the way they’re behaving … might be in relation to the trauma they’ve experienced, and then (I’m) making sure how I’m responding to them is not adding further harm,” he said.

“What we want to do is recognize that oftentimes people need to experience healing in the aftermath of harm.”

The Street Resilience Project offers such an opportunity, providing youth a safe space to work through their experiences.

“We wonder why young men are downwardly spiraling when it comes to their futures, and it’s because we’ve continuously created a narrative that completely dehumanizes them,” said Pekan.

Working at the root cause

But, not everyone agrees on the root causes of street and gang violence.

Julian Tanner, a leading researcher on youth gangs in Canada at the University of Toronto, was skeptical about whether mental health-based programs can address the complexities of gang involvement.

“It’s almost a cliché coming out, but unless you address the root causes of the problem, it’s not very easy to eradicate the problem.”

Tanner said that underlying issues, such as limited work opportunities, disadvantages in school and poverty need to be addressed to solve the problem of gang involvement.

If the benefits of the Street Resilience Project are hard to measure, however, that does not mean they do not exist.

In an Ontario report called the Review of the Roots of Youth Violence, lack of a youth voice and mental health are two of the underlying factors mentioned.

For Pekan, this project is about planting seeds of hope and change. It’s the beginning of a shift away from systems that re-traumatize individuals.

“Even if I show the video and research and it shifts one perspective, I think that’s the hope,” she said.

“Where we’re shifting perspectives, where we can kind of acknowledge our own biases as community workers, as teachers, as law enforcement, where the next time we interact with young racialized men, we look at them through a different lens.”

Editor’s note: Salah is a pseudonym used in this piece to protect his identity. This article first appeared on the website cusjc.ca.