6 days ago 0 8 min read
We use cookies to provide a personalized experience for our users. By continuing to browse this site, you give consent for cookies to be used.
Got it!
Home > Politics > Canada Votes 2019 > Riding Profiles > Liberal declared victor after tight race with Bloc rival 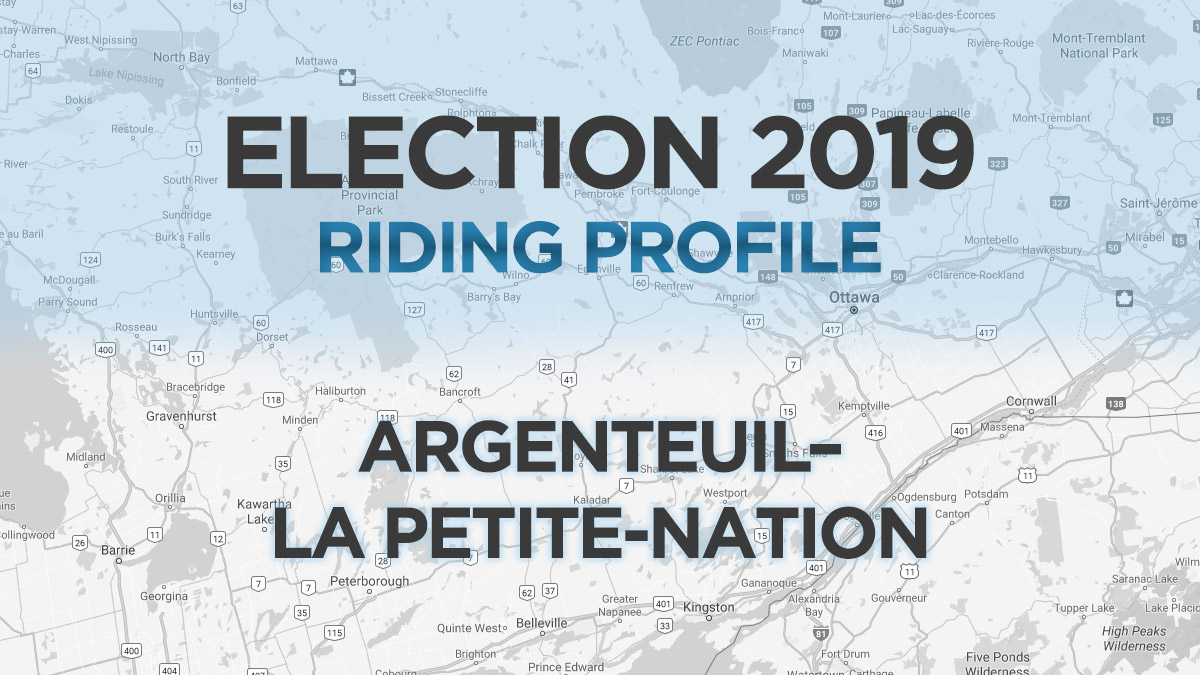 ELECTION NIGHT UPDATE: In one of the closest races in the country, Liberal incumbent Stéphane Lauzon retained his seat in the West Quebec riding of Argenteuil—La Petite-Nation by only about 700 votes over Bloc Québécois candidate Yves Destroismaisons. Conservative Marie Louis-Seize finished far back in third place.

Candidates in Argenteuil—La Petite-Nation are preparing for the second federal election in this West Quebec riding created in 2013.

Home to about 95,000 citizens and 65,000 eligible voters, the riding, along the north shore of the Ottawa River, encompasses the Masson-Angers and Buckingham sectors of Gatineau as well as the municipalities of Papineau and Argenteuil, including the towns of Thurso and Montebello.

Liberal incumbent Stéphane Lauzon is seeking re-election after winning the seat in 2015 with 43 per cent of the vote. Lauzon has served as the parliamentary secretary to the Minister of Veteran Affairs and Associate Minister of National Defence.

This election, the People’s Party of Canada will be on the ballot. Sherwin Edwards, president of an electronic cigarette company in St-Janvier, is campaigning for less government and lower taxes.

Bloc Québécois candidate Yves Destroismaisons is running in his first election since being defeated in the Saint-André-Avellin municipal elections last November. Destroismaisons is on the board of directors at the Papineau Cultural Action Centre after having spent many years working as a mental health social worker.

Destroismaisons says he is focused on protecting Quebec’s jurisdictions and the push for independence.

Other candidates running include the Conservatives’ Marie Louis-Seize, a retired Bell Canada manager, and the Green’s Marjorie Valiquette, a self-employed environmental designer.

Louis-Seize states on her website that she want to increase job opportunities to allow the residents stay in the area and not have to leave to find work.

Despite finishing second in 2015, the NDP was late in nominating its candidate in the upcoming election.

But Charlotte Boucher Smoley, a party worker on Parliament Hill, was recently chosen to carry the New Democrat banner in the riding.