5 days ago 0 7 min read
We use cookies to provide a personalized experience for our users. By continuing to browse this site, you give consent for cookies to be used.
Got it!
Home > Sports > Lookahead ’21: Ottawa Curling Club waiting for word the season can resume 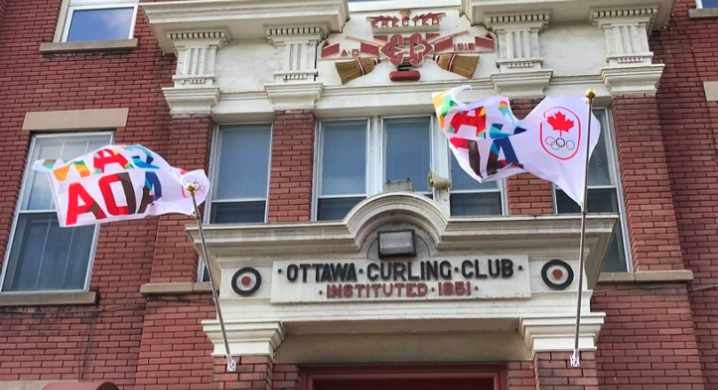 The Ottawa Curling Club is one of many local sporting venues that has faced major disruption over the past year because of the COVID-19 pandemic. [Photo © Alex Birtwistle]
Ottawa

The Ottawa Curling Club decided to melt its ice in mid-January after a province-wide stay-at-home order meant the playing season would be indefinitely delayed.

The O’Connor Street club typically hosts about 500 members between the months of September and April. This year, however, club membership is down 40 per cent as a result of the COVID-19 crisis.

While 60 per cent of its usual members signed up for the season, the ice was only open for two months before renewed pandemic restrictions forced a shutdown early in the new year.

The OCC was established in 1851 and is the oldest curling organization in Ottawa.

Alex Birtwistle is a member on the Centretown club’s volunteer board of directors. She said the most important priority for the club is “making sure that we’re providing a safe environment for people to curl in” when the club is able to reopen.

The club aims to open its doors again promptly now that restrictions are easing in the ctiy so that games can resume before the end of the season in April.

Physical changes were made in November. This included setting up hand sanitizing stations and sanitizing wipes for scoreboards and rocks. Mandatory social distancing was also supported through directional flow guidelines on and off the ice.

The changes will remain after the club is able to reopen.

Typically, revenue from memberships and bar sales covers the club’s expenses, but since the bar was closed and membership is down almost by half, money is being raised through weekly raffles and virtual bingo.

“This year has been one of the harder years to be on the board because we had to make some pretty serious decisions because of the pandemic,” said Birtwistle. “The format of the club needed to be reworked because of the restrictions.

“We never had to worry about the capacity of our club,” she added.

With only 50 people allowed in the building when activity was permitted, members of the club were prevented from lounging at the bar after playing, because more people would be arriving to use the ice.