4 days ago 0 6 min read
We use cookies to provide a personalized experience for our users. By continuing to browse this site, you give consent for cookies to be used.
Got it!
Home > News > Social Issues > Most Ontarians pessimistic Ford government can fix health care, lower cost of living, poll shows 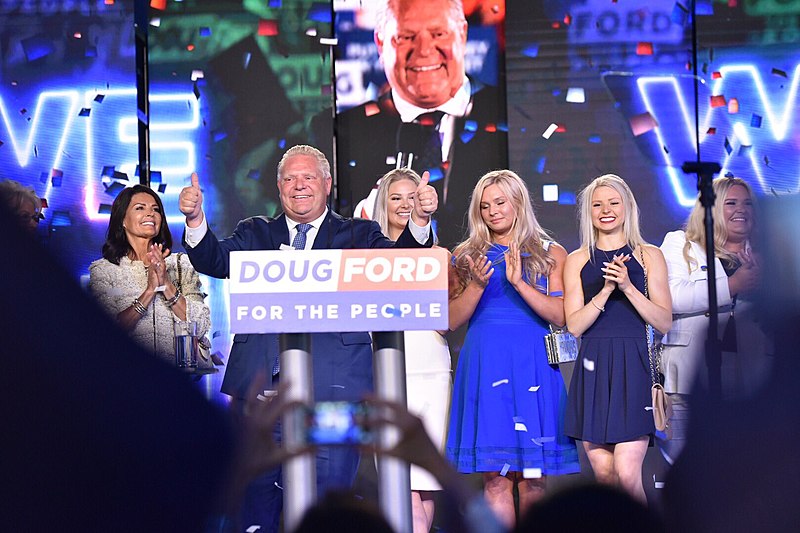 With the newly re-elected Progressive Conservative government looking to set its agenda for the next four years, Ontarians are skeptical they will be able to address the issues about which they are most concerned.

A new Angus Reid poll has found that Ontarians are most concerned about the cost of living (63 per cent), health care (49 per cent), and housing affordability (36 per cent).

Some 71 per cent of voters are pessimistic four more years of Ford will lead to improvements to the cost of living.

A large majority of voters also expressed pessimism about the government’s plans to improve health care (62 per cent) and housing affordability (72 per cent).

The poll was conducted online with a representative randomized sample of 1,041 adults. The Angus Reid Institute is a national, non-profit, non-partisan public opinion research foundation.

The lack of enthusiasm by voters comes as the Ford government has signalled its readiness to get back to work and appointed a new cabinet with familiar faces in key portfolios.

The cynicism among Ontarians continues a trend expressed by voters during the June election, who were largely underwhelmed by the political choices in front of them and who turned out in record low numbers with only 43.5 per cent of voters choosing to vote..

Despite the Ford government earning 40 per cent of the popular vote and an increased seat count in the legislature, Ontarians are split over the outcome – 42 per cent of voters said they were satisfied with the results and 47 per cent expressed dissatisfaction.

The government took a first step Friday to deal with affordability concerns by temporarily cutting the provincial gas tax. The cut was the most popular of Ford’s proposals, with 39 per cent of survey respondents saying it was their top priority for the next government.

There is little optimism among NDP and Liberal voters for improvements by the government on key issues.

PC voters, on the other hand, are more likely to be optimistic than not that the government they voted in will address these issues.

There are also variations of support among younger and older Ontarians on what issues the government should focus on.

Younger Ontarians are more likely to want measures to address housing affordability such as an expansion of the foreign speculator tax and funding for municipalities to build more homes while those more than age 54 would like to see the government follow through on its promise to improve senior care.

Among the first issues on the government’s docket is the upcoming collective bargaining agreement negotiations for teachers. Four of the five major education unions have taken the first steps in beginning the bargaining.

Ford says the province will give more than a one per cent raise to all teachers, whose contracts will expire on Aug. 31.

The premier has also received criticism in recent weeks for his choice to appoint his newly elected nephew, Michael Ford, as the minister of citizenship and multiculturalism, with some calling it nepotism.

Ford has denied these claims.

The Ontario legislature is to be recalled on Aug. 8 which will give the Ford government a chance to lay out its agenda for the next four years and introduce its first budget since being re-elected.