4 days ago 0 8 min read
We use cookies to provide a personalized experience for our users. By continuing to browse this site, you give consent for cookies to be used.
Got it!
Home > Health > My family’s experience with life-saving heroism shows it’s time for Ontario to embrace opt-out organ donations 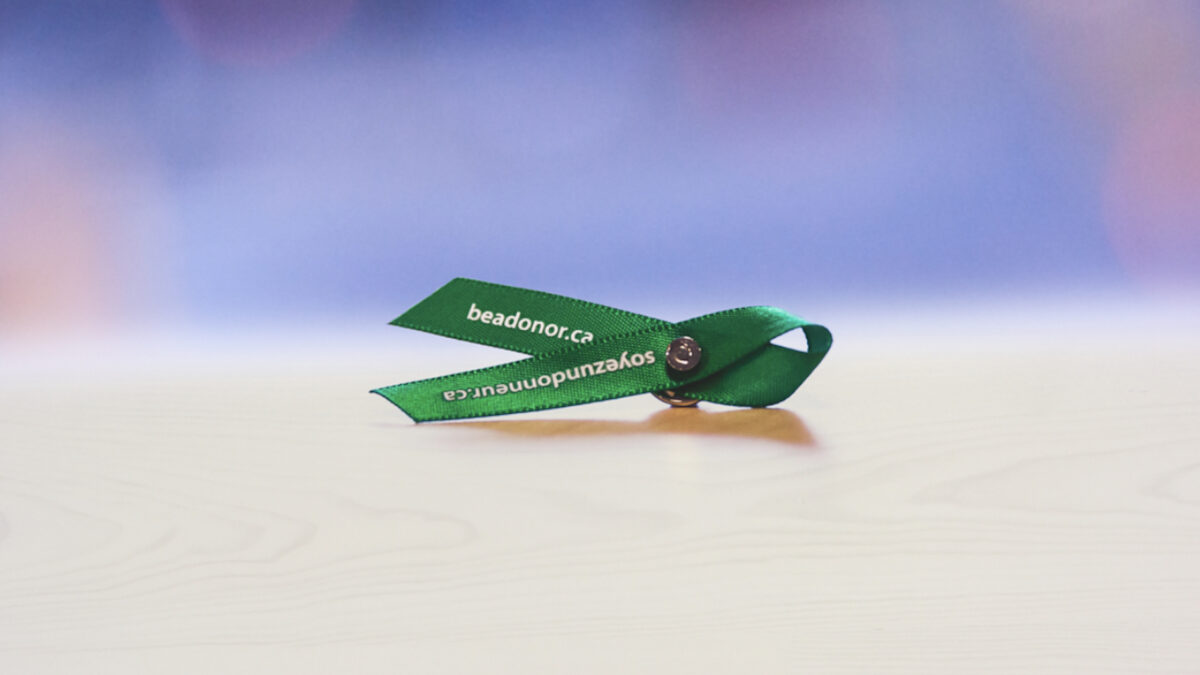 Every three days in Ontario, someone on the provincial waiting list for organ donations dies without receiving a life-saving transplant. While residents of the province can formally consent to be a donor through the Trillium Gift of Life Network's beadonor.ca website, some advocates say Ontario should follow Nova Scotia's ground-breaking decision in 2021 to adopt an "opt-out" system that means anyone who dies is assumed to have given consent to be an organ donor unless they have formally de-registered from the default system. [Photo © Trillium Gift of Life Network]
Commentary

If you speak to many of the families in Ontario who have experienced the organ donation system, more likely than not, they will say it is a broken system. I wholeheartedly agree with this. The Ontario transplant and donation system was one designed for far fewer people, in a much different era.

But decades later, it is time for a change.

At a young age this fact became very apparent to me, and I’ll get to that in a moment.

The year 2011 was a time of fear, uncertainty and raw nerves for my family. In 2010, my aunt Mimi had been diagnosed with liver cancer. It became very clear very quickly she wouldn’t survive without a transplant, so she was put on an organ donation list.

As the year progressed, Mimi’s condition worsened; she was put on the province of Ontario’s live donor list, as well, to increase her options of being matched with a liver donor.

I remember asking for updates from my dad. Some days, he just shook his head and set his jaw, the infamous sign for, “Don’t ask me what you’re about to ask me.”

Ontario should follow Nova Scotia in adopting assumed consent for organ donation because it has the potential to save thousands of lives.

Katherine is a passionate powerhouse. If she sees something she wants to change or do, she will move heaven and earth to make it happen. This is especially the case when it comes to family.

Being who she was, Katherine quickly confirmed with the transplant team that she would be donating a portion of her liver to save her mother.

What is really interesting about the liver is that it regrows. If someone were to donate a portion of their liver to someone else, the donor’s liver would regrow over a number of months to full functionality. However, this can only happen once.

As Mimi’s condition worsened, the rest of her body started to shut down. The question was asked by the transplant team at TGH if it made sense to do the surgery and give her an organ, as she was perhaps too weak to survive the procedure.

As a 10-year-old you don’t necessarily understand death and everything that comes with it, so the idea of losing my aunt to this unknown fate kept me up at night and haunted my nightmares.

Feb. 14, 2011 was a day of new beginnings for our family, D-day, and one of the most anxiety-ridden days of my young life. I can remember checking the clock often throughout the day, sending a silent prayer to the universe, hoping that my aunt and cousin were alright. We waited hours hoping for an update, and around 7 p.m. we finally got one. Katherine was a perfect match and they both had made it through the surgery and were recovering well.

Mimi’s road to recovery was very long. In a liver transplant surgery, there are 12 possible complications; Mimi experienced 11 of the 12. I was lucky enough to be able to accompany my father to see her in the hospital and to try to lift her spirits, but the woman I saw wasn’t the woman full of life and laughter I had known all my life.

I looked at the woman lying in the hospital bed but didn’t recognize her. Her face gaunt and her eyes sunken into the recesses of her skull, her cheekbones looked like razor blades ready to cut through the yellow-tinged skin of her face. Her arms and hands were little more than bones with a thin layer of skin. She looked like a skeleton. But the twinkle of laughter that had always been in her eyes remained, and I was comforted by this glimmer of familiarity in a landscape of fear.

Just under five months later, with lots of testing and an army of tubes sprouting from different locations on her body, Mimi went home. We are lucky enough to have her still with us, something that definitely couldn’t have happened without Katherine.

Looking back, I can’t even imagine what my uncle Stephen and cousin Mark were going through that day; if something had gone wrong, they had the potential to lose wife/mother and daughter/sister. What a horrifying potential outcome.

My family’s experience isn’t unique. Hundreds of Ontarians die every year waiting for an organ transplant to save their lives. The truth is there just aren’t enough organ donors to keep up with the need for transplants.

As a family member who watched their loved one struggle through this, there’s no question Ontario’s transplant system needs to be fixed. Something needs to change — and soon; too many people are dying because provincial education programs aren’t doing enough to increase the number of donors, and because individuals’ final wishes are considered taboo to speak about.

One change that should be made is shifting Ontario’s system to “assumed consent,” following the Nova Scotia model.

The ‘opt-out’ or ‘assumed consent’ system simply means that all those who become deceased are assumed to have given consent to have their organs harvested unless they have proactively “deregistered” as a donor.

Ontario’s current opt-in system means residents must actively consent to having their organs donated on death. Every resident of Ontario who registers for a provincial ID, whether it’s a health card, drivers’ licence or Ontario photo card, is asked if they would like to register as an organ donor. Ontarians can choose to register as a donor or ignore the document and thereby decline.

While this is great progress and a step in the right direction, more is needed. An opt-out system would save so many more lives.

The ‘opt-out’ or ‘assumed consent’ system simply means that all those who become deceased are assumed to have given consent to have their organs harvested unless they have proactively “deregistered” as a donor.

There are many opportunities for people to deregister throughout their lives, in case beliefs, values or feelings about their donor status change. Some may remember this term being in the news a lot around the beginning of this year when Nova Scotia adopted its new policy on Jan. 18, 2021, becoming the first Canadian province to do so.

According to a CBC story, since the assumed consent model was adopted in January 2021, fewer than three per cent of Nova Scotia residents have opted out of automatic organ donation. While it is still a new system, the fact that a such small percentage of the population has opted out has given many observers great hope.

I had the opportunity to speak to Nickel Belt MPP France Gélinas, the Ontario NDP’s health critic, after Nova Scotia announced its new policy. Gélinas said she believed that Ontario was ready for the assumed consent policy and that it would be beneficial for all Ontarians.

“This is a policy that would save lives,” she said. “Our current system has to be improved as 90 per cent of Ontarians say they would donate their organs, but only 35 per cent are actually registered. … I think Ontario is ready for this bill; we just need a government that will support it.”

As someone whose family personally experienced the benefits of the organ donation, I strongly believe that opt-out organ donation would benefit Ontario enormously. If this had been in place when Mimi was going through her transplant journey, I believe she would have received a donation faster and wouldn’t have been near the end of her life when her surgery finally happened.