4 days ago 0 8 min read
We use cookies to provide a personalized experience for our users. By continuing to browse this site, you give consent for cookies to be used.
Got it!
Home > Sports > With first win of the season, new BlackJacks coaching staff hopes slow start is turning around 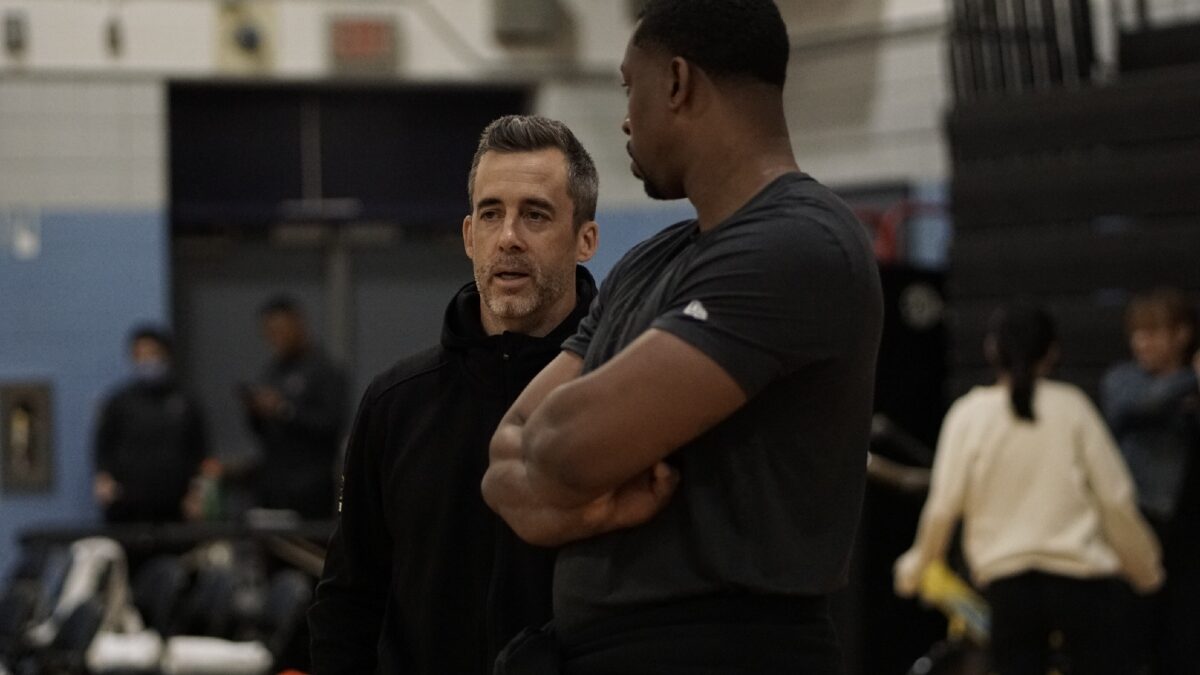 James Derouin, Ottawa’s director of basketball strategy and analytics, was named interim head coach. The next day, the team flew to St. John’s, Newfoundland, with half the players missing a flight on the way there. The BlackJacks played the Newfoundland Growlers, won their first game of the season and then caught a 4 a.m. flight back the next day.

All told, Ottawa remade its franchise in a four-day period, implementing major changes after an 0-3 start to the season. Dubé-Brais, who took over as head coach in January 2021, was on the way out, as was lead assistant coach Tom Johnson.

“It’s been a wild four or five days here,” Derouin said at BlackJacks practice Wednesday. “[General Manager Jevohn Shephard] and I work with Charles very closely and you hate to see that not work … We put a lot of time in it and Charles is a great guy and a good coach. So I mean, it was tough at first.”

Derouin said the decision to fire Dubé-Brais was based on what the front office had seen from him over his two-year tenure with the BlackJacks, not just the first three games of 2022. He led the team to a 4-13 record during his time as head coach and was at the helm when the team made a surprise playoff appearance in August 2021.

“We saw some similar trends, I guess, from the year before that maybe weren’t being addressed,” Derouin said. “As we were accumulating losses, we wanted to put a stop to it as soon as we can and try to turn it around so that we’re in the best position to win a championship come August.”

Ottawa is hosting this year’s championship weekend Aug. 10-14 at TD Place Arena. As hosts, the BlackJacks have an automatic playoff berth but are still playing for top seeding among the four teams that will compete.

That was another factor in making the move early in the season.

“This is a big season for the franchise,” Derouin said. “Knowing that we’re hosting the final four, knowing that even seeding in the final four could be impacted by our record despite having the automatic bid.”

It was also a factor in Derouin’s decision to take the job. Derouin is head coach of the University of Ottawa Gee-Gees men’s basketball team and was brought into the BlackJacks’ front office in February 2021.

Derouin has led the Gee-Gees to five U Sports national championship appearances and is the winningest coach in program history. He began coaching with the team in 2010 but had never coached professionally before.

“The opportunity to build a program without worrying about playoff seeding … that’s kind of a dream for a coach,” Derouin said. “Two games and you’re a national champion.”

The BlackJacks — and Derouin — defeated the Growlers 86-85 on June 5 in a neck-and-neck battle that ended with a fadeaway jump shot from forward Deng Adel, securing the win in Elam ending.

Forward Chad Posthumus said it was good to get the first win out of the way. He added that the players aren’t making much of the coaching overhaul.

“As a player, you’re showing up to work regardless, whoever’s your boss,” Posthumus said. “Bosses get fired, managers get changed … happens all the time everywhere in the world, right? You can control what you can control and that’s what we’ve been doing as a team.”

Derouin said the team wasn’t sharp in the win because of the circumstances.

“The whirlwind certainly impacted our performance,” Derouin said. “But in terms of their character and in terms of how they’ve adapted, they’ve been fantastic.”

After practice on Wednesday, the BlackJacks travelled to Guelph to face the Nighthawks on Thursday.

“I leave here, I gotta go [do] laundry, clean the house, pack,” Derouin said. “I got a five- and four-year-old coming home this afternoon. It’s chaos in my life right now.”