11 hours ago 0 1 min read
We use cookies to provide a personalized experience for our users. By continuing to browse this site, you give consent for cookies to be used.
Got it!
Home > Politics > Canada Votes 2019 > Non-partisan organizations find ways to get young people to vote 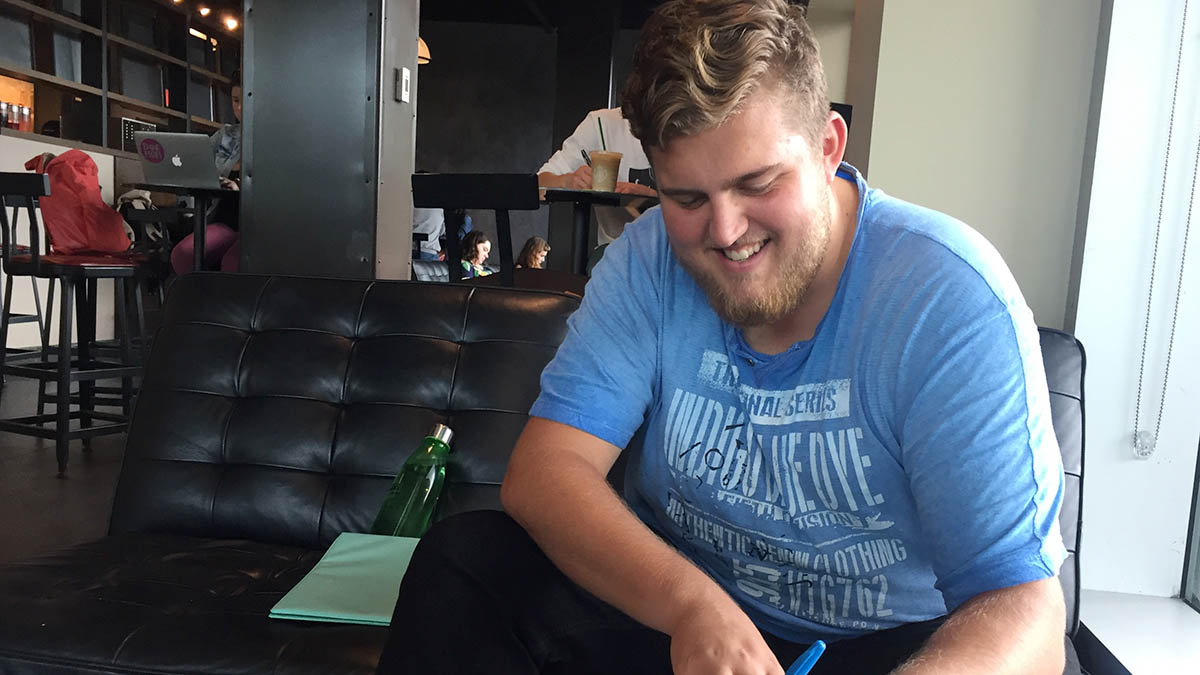 Matthew Gagné is a Carleton student. He says he is motivated to vote because of several issues. [Photo © Kennedy Chamberlain]
Canada Votes 2019

The 2015 federal election brought an overall rise in voter turnout when compared to 2011. A part of the increase was because young voters turned out in greater numbers.

Rix is helping manage CASA’s Get Out the Vote campaign which is under way across 36 Canadian post-secondary campuses. The campaign aims to get students of all political leanings to pledge to vote by providing their phone number. They will then be sent a text reminder on election day, and even notified when a polling station is open on campus. “We are simply trying to get as many students [voting] as possible,” says Rix.

During a similar campaign in 2015, CASA says they got 42,000 students across the country to pledge to vote.

This election students will also be able to take advantage of Elections Canada’s Vote on Campus Program. First piloted in 2015, the program gives students the chance to vote in their home ridings, even though they may be studying in different cities.

Because of the success of the project in the last election, Elections Canada has expanded the program this year to 121 offices on 109 campuses and have extended the hours of operation.

For Matthew Gagné, a Carleton University student in political science and a vice-president of the Carleton Political Science Society, this is the first time he will vote in a federal election.

Climate change, veterans’ issues and health care affordability are some of the issues that Gagné said are motivating him to go to the polls. According to a survey done by the Angus Reid Institute in August, 2019, climate change was identified as the most important issue to uncommitted voters between 18 and 34.

The group, Apathy is Boring, has been encouraging youth to participate in Canadian democracy since 2004, by combining digital and real-world outreach programs.

Volunteers for Apathy is Boring (AiB) will host multiple events in Ottawa during the weeks leading up to election day designed to help educate first-time voters and encourage participation in this year’s election.

AiB’s Research and Evaluations manager, Samantha Reusch, says she believes youth turnout depends on how much influence they think they have within Canada’s democracy.

“A lot of the barriers that young people specifically face tend to be more motivational,” she added. “When we think about why someone may or may not turn out, it could come down to their perception of their own role within that system, or the impact that their one vote might or might not have.”

Although sharing information online is a key part of the organization’s efforts, Reusch explains that “asking someone to vote face-to-face is actually one of the best ways, that research has shown, to motivate someone to take that step and [do it].”

But poor motivation is not the only obstacle young voters face. Alvin Wai Chung Tsang, a young journalism student at the University of Ottawa, says he is unsure what to do with his vote.

“My vote is wasted if I vote Green or NDP, and I refuse to vote Conservative,” said Tsang. Due to the controversies of the Liberal Party, he says he is left with nowhere to turn this fall and will refrain from voting.