6 days ago 0 6 min read
We use cookies to provide a personalized experience for our users. By continuing to browse this site, you give consent for cookies to be used.
Got it!
Home > News > Ottawa > Online and in-person students in university classrooms cause concerns for teachers, teaching assistants and students 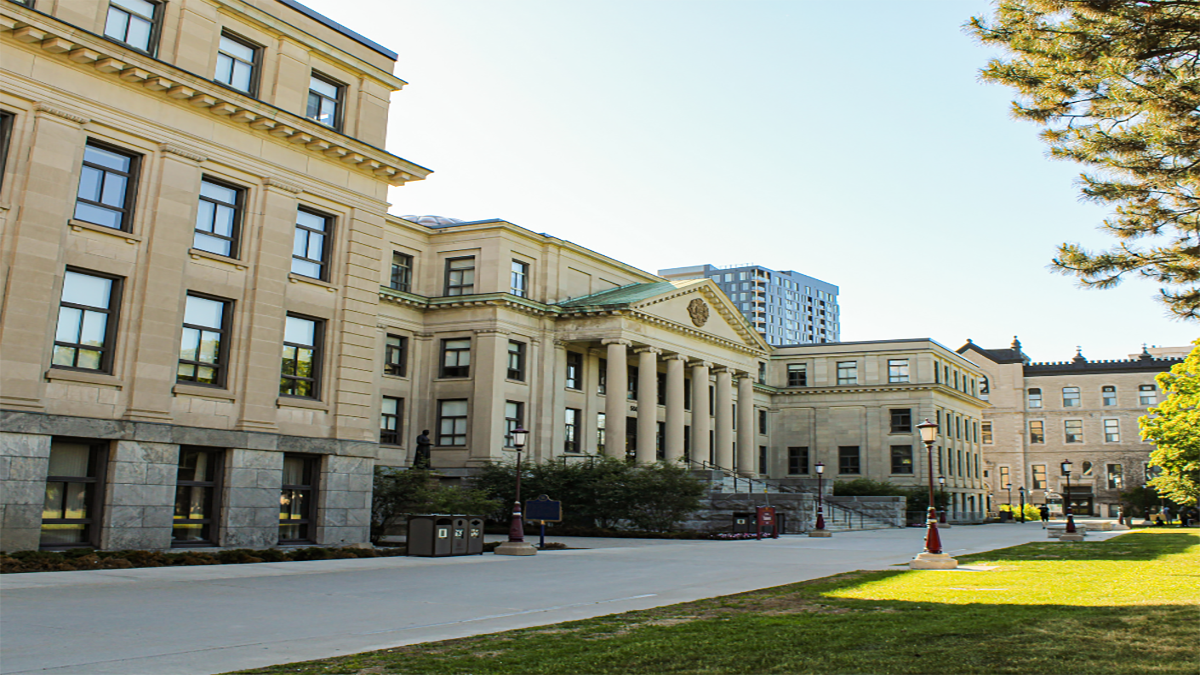 Online and in-person students in university classrooms cause concerns for teachers, teaching assistants and students

Unions representing faculty, teaching assistants and students at the University of Ottawa are concerned about the effectiveness of teaching students attending classes in-person and online.

The Inter-Union Coalition of the University of Ottawa says it believes teachers will not be able to properly engage with students, especially in large classes.

Ontario’s Ministry of Colleges and Universities has told post-secondary institutions to prepare for in-person classes with no capacity limits or physical distancing. But several universities in Ontario have already offered students the option of attending classes online in the fall and winter semesters.

The University of Ottawa calls this combination of physical and virtual learning a bimodal approach.

Robert Johnson, president of the Association of Part-Time Professors of the University of Ottawa, says the university is offering 30 to 50 per cent of all courses bimodally in fall and he’s concerned.

“We had no idea. We’re not consulted,” said Johnson before the university created a webpage in January informing students about the offer of a bimodal approach.

“You can’t teach a course with 500 students that way,” he said, referring to first and second year courses which often have a large number of students.

Johnson gave the example of a course that he taught online last year, which is being offered bimodally this year. The course is scheduled to have 60 to 70 students. “There has been no consideration given to that perhaps … we would split that course into two sections. And therefore, we would give it as two courses,” he said.

Students are concerned too

The University of Ottawa Students’ Union is advocating for smaller class sizes and more in-person class sections, said Armaan Singh Kheppar, who is a spokesperson for union.

He said many students say virtual learning has affected their mental health and the quality of education they have received.

Kheppar, who is going into his third year, said he believes the bimodal approach would limit the extent to which a student, attending online, can participate in class discussions.

“We’re concerned that it is going to become a norm,” there Bachelor of Social Science student said about the bimodal approach, “where even when it is safe to return in-person, the university will continue to have bimodal courses offered which will ultimately hinder the learning conditions of students, but also the working conditions of professors.”

According to the Inter-Union Coalition’s press release, at least 444 uOttawa courses are to be taught bimodally in the Fall 2021 term and 535 in the Winter 2022 term. The university did not confirm these numbers.

Luc Angers, a part-time professor at uOttawa’s faculty of Education, noted that part-timers often get their contract two to four weeks before classes start and sometimes even after the semester has already begun.

“How can you be trained in a very limited time span, to teach an approach that is quite a challenge without a technical support input?” he questioned.

The university webpage says classrooms will be equipped with telephones to contact the technical teams. But Angers said that universities that have used this approach elsewhere had a technical support personnel in the classroom.

“We feel it’s a breach of contract, because the university is not giving us the academic liberty to choose the best method for courses to be taught,” he added.

Lack of clarity about duties

Patricia Magazoni Gonçalves, president of the union representing student workers at uOttawa, said teaching assistants do not have a clear job description that deals with bimodal learning.

She said their union CUPE 2626 was not consulted before the university decided on offering the bimodal approach, even though an article in their collective agreement says the employer should work with the union in cases of technological change to minimize the impact on union members.

Gonçalves said that the university was providing some workshops but the student workers, who participated in those, were not getting paid.

“They were not paid, of course, because we were never communicated about them,” she said.

“Because it’s a new mode of teaching, we believe that, our members should get appropriate training. That training should be paid,” Gonçalves asserted.

Patrick Charette, director of Strategic Communications at uOttawa, in an email to Capital Current, wrote, “We will be increasing in-person options for students progressively as health measures change, but we will honour our commitments to students who have registered for courses in online formats since many have already made their plans.”

Unlike uOttawa where part-time teachers have no option of choosing between bimodal or regular classes, hyflex is optional for contract instructors at Carleton.

Sawyer said one of the concerns of Carleton’s contract instructors is a potential increase in workload not be matched by an increase in pay.

At Carleton, contract instructors are paid a flat amount, Sawyer said. “It doesn’t matter, if you teach five students, or 600 students, you get paid the same amount.

While Carleton instructors can choose between in-person, online and hyflex courses, Laura Hnatiw, a teaching assistant at Carleton said TAs are in the dark about whether they have to work in-person or online.

There is also a lack of job descriptions for the TAs in the fall semester, added Hnatiw, the vice president of Unit 1 of CUPE4600, the union representing TAs.

“Say Carleton has a mask mandate, are TAs, are our members going to be in charge of enforcing it?” she asked, raising one possible area of concern.