4 weeks ago 0 61 min read
We use cookies to provide a personalized experience for our users. By continuing to browse this site, you give consent for cookies to be used.
Got it!
Home > News > Ottawa > Lifting restrictions bring joy to local Eid celebrations 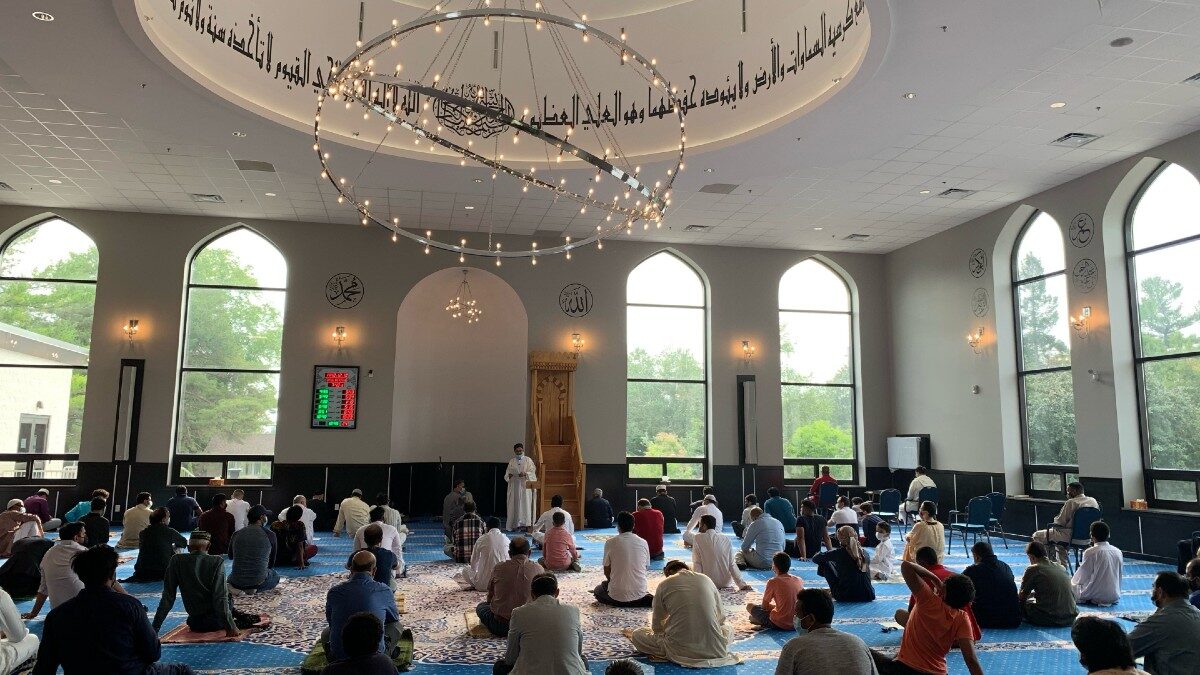 Celebrations for Eid ul-Adha, an Islamic religious holiday marking its first day today, are underway as Ontario has eased restrictions on gatherings as part of Step 3 of reopening.

Eid ul-Adha marks the end of the Hajj pilgrimage and falling on the 10th day of the last month of the Islamic calendar, the month of Dhul Hijjah. There is another Eid celebration called Eid ul-Fitr, which falls after a month of fasting during Ramadan.

Eid ul-Adha is typically commemorated with morning communal prayers, the slaughtering of livestock, giving meat and charity to the needy and community gatherings.

Under Step 3 of reopening, indoor religious services are at 30 per cent capacity while adhering to physical distancing.

Jami Omar Mosque is one of the mosques across the city that opened its doors on Tuesday morning for Eid prayer. At 30 per cent capacity, Jami Omar can welcome 400 worshippers, said Ishtiaq Tarar, director of the mosque.

Accommodating up to 1,200 worshippers is a huge step up, Tarar said.

During Eid ul-Fitr in May, mosques were only open to 10 worshippers at a time.

“It’s a really good feeling, but we’re still taking precautions,” he said. Unlike in previous years, Tarar said Jami Omar has no other events planned, other than accepting meat donations for the needy.

“This Eid will be a big difference. It’s good news and exciting for everyone,” he said.

Maryam Zarrug, 16, was one of the worshippers who attended the Mosque of Mercy Tuesday morning.

“This is the first time I’ve been in the masjid for Eid prayer in a really long time, so it felt really good,” she said.

With indoor gatherings now allowing a maximum of 25 people, Zarrug said she was excited to celebrate with a family gathering at her uncle’s house.

“We’re all going to see each other for the first time in a while,” she said, adding she’ll also be taking part in a gift exchange with her cousins.

With the lifting restrictions, Zarrug said this Eid felt much different than the previous Eid in May.

“Now that everything’s open, everyone’s so much more happy and everyone’s dressed up to see each other,” she said.

“You don’t really realize how long we’ve been in this pandemic and lockdown and how long things haven’t been normal until you actually start doing things you used to do,” she said.

Celebrations for Eid ul-Adha last for three days, with this year’s festivities ending on July 23.

This year, Said celebrated with prayers, a traditional breakfast and time with her family.

“I’m really, really thankful and happy that things are opening up and more and more people are open to getting vaccinated,” she said.

“I’m hoping to go back to normal by the next Eid, and spend time with friends and do more things,” she added.

Although celebrating Eid under the new provincial rules has seen more opportunities to gather, Said hopes for even more normal celebrations next year.

Online and in-person students in university classrooms cause concerns for teachers, teaching assistants and students