4 weeks ago 0 61 min read
We use cookies to provide a personalized experience for our users. By continuing to browse this site, you give consent for cookies to be used.
Got it!
Home > Business > Small Business > Pandemic passion: Freedom Boat Club sees spike in memberships as Ottawans look local this summer 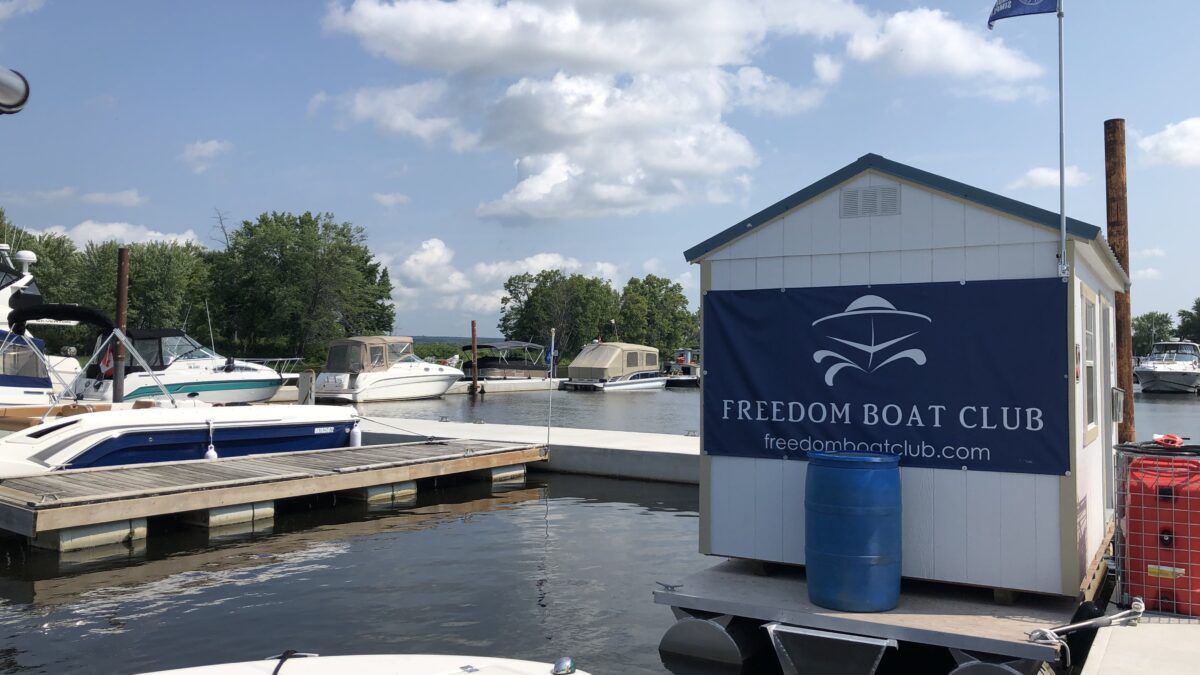 Since opening their first location in 2019, Freedom Boat Club Ottawa has seen a jump in new memberships.

Sterling Bown, franchise owner of the two locations in the city, says that this is a rare happy consequence of COVID-19.

“We’re probably one of the few businesses that benefited from COVID,” says Bown. “Everybody wanted to go boating because we couldn’t travel.”

Freedom Boat Club is membership-based. It allows members to get on the water without actually owning a boat. The company has operated internationally since 1989 but opened its first location in Ottawa in 2019 at the Hurst Marina near Manotick. This summer, they have two locations, the newest at Petrie Island in Orleans. There are more than 300 marinas where where the club operates around the world. Members can reserve in advance or select a same-day available boat for a full or half day.

Given travel restrictions, many people have turned to outdoor recreation to enjoy the summer.

“We had a spike last year,” Bown said. “In May and June this year, a similar thing happened. Our June was off the chart with regards to interest.”

When they opened in 2019, they had 14 members. Last summer, they enrolled 52 members. This summer, it’s 81 members. Memberships have an initial fee ranging from $5,000 to $6,500, depending on the plan a member picks. As long as a member remains in the club, they pay monthly dues from $250 to $350. For some this is a sticker shock, but Bown says that people who know boating understand how much it costs to maintain one.

Since opening, Bown says they’ve only lost three members, and two were moving out of the country. He expects demand will continue to grow.

“We’d like to have three or four locations over the next couple of years,” says Bown.

The club maintains the boats and ensures that they’re ready for members. Bown says that this reduces the hassle for boaters.

“It’s for people who want to go boating but don’t want to own a boat or have the hassle of a boat. They want to show up and the boat’s nice like this, ready to go,” says Bown. “They go boating, they come back to pay for the fuel, and they go home.”

Jenny Dao-D’Angelo, mother of two, says that the no-hassle model was a great selling feature for her. Her family uses their membership as much as they can.

“We are out one to two times a week on different boats, but we really use it as our cottage getaway,” says Dao-D’Angelo. “We’ll just go onto the boat, anchor somewhere, go swimming, and now that everything is open, we can go to a restaurant and have a drink and dinner with the kids. And the kids are just wiped out at the end of the day.”

Dao-D’Angelo is one of the new members this year. She says that, instead of travelling, they’re boating.

“Given COVID, we figured we probably wouldn’t be able to travel this year. So, we put the money towards a membership,” she says. “My husband and myself, we picked up a new hobby together.”

But one of the perks of Freedom is to be able to use boats at all of the locations internationally. Brown says that this is one of the challenges they’ve faced due to COVID.

“People are not joining for the travelling part. That’s a perk that will come later. This past year and a half, there’s minimal travel,” says Bown. “So that really affected us on the negative side of COVID.”

However, that doesn’t mean that members can’t take advantage of the national locations.

“When I looked at Freedom, I realized that there were several destinations in Canada that had marinas where I could travel to this year,” says Dao-D’Angelo. “So all those places had boats where members can book and go for a day.”

But outdoor recreation is running into a supply problem. Bown says that some locations in Canada have had to turn away new members in order to ensure that there were enough boats for existing members. He’s ordering boats for next summer in hopes that he won’t have to.

“The biggest issue we’re facing right now is shortage of boats and supplies in general,” says Bown. “We’ve already ordered (10) boats for next year, which we may get two thirds of them.”

Dao-D’Angelo is already planning on coming back next summer. She says the experiences they’ve had this summer have been amazing.

“What I personally love to do is grab a speedboat, and it’s about 45 minutest to an hour to get downtown. You’re looking at Parliament from the water. It’s a view that very few people see and we’re just so lucky and so blessed to be able to do that,” says Dao-D’Angelo.

Bown hopes loosening restrictions will also mean that members will have access to the club’s social events. Dao-D’Angelo is looking forward to meeting other members.

“That is one of the reasons why we joined,” says Dao-D’Angelo. “The boating community is great, when you get to a certain level to love boats and you speak the same language and learn more from each other and share experiences.”