6 days ago 0 6 min read
We use cookies to provide a personalized experience for our users. By continuing to browse this site, you give consent for cookies to be used.
Got it!
Home > News > Ottawa > Ottawa library hasn’t forgotten those who aren’t near new central branch 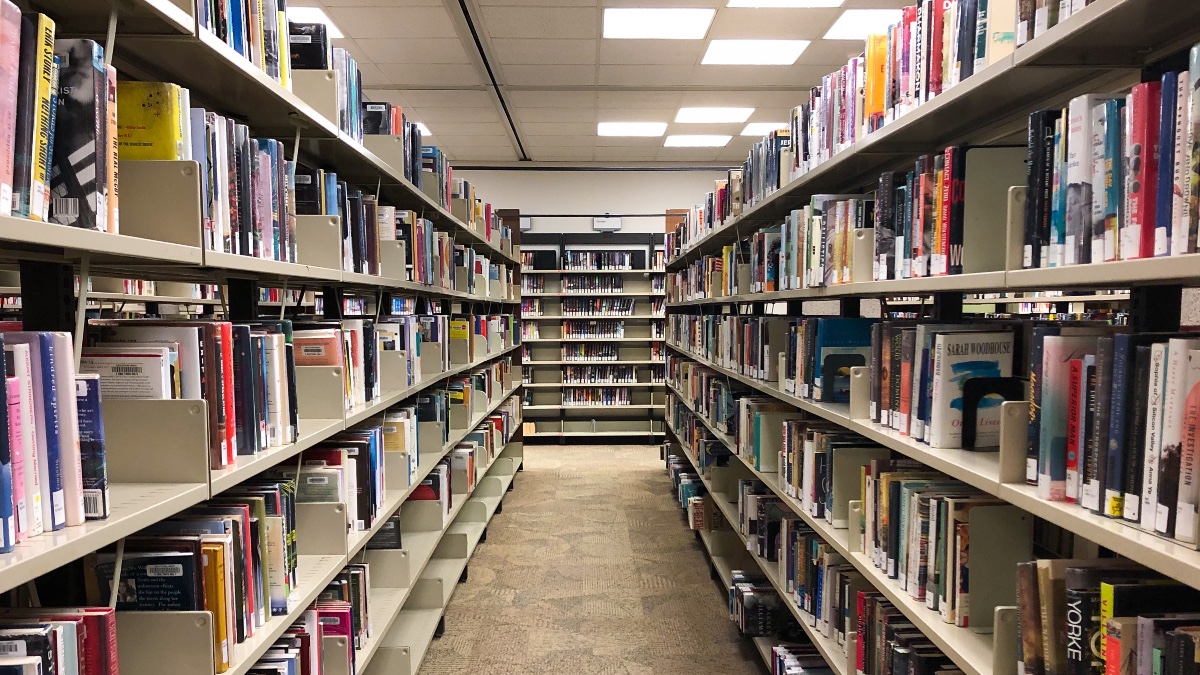 The pandemic limited in-person access to the books in this branch of the Ottawa Public Library. So OPL turned to digital ways of building community and it appears to be working. [Photo © Georgia Andromidas]
Books

Tess Prudhomme has been a library cardholder for 40 years. “It’s my favourite thing to do in life,” she said laughing, holding a stack of books outside of the Ottawa public library’s main branch on Metcalfe Street

Prudhomme said she’s excited about the new central library that will be built on LeBreton Flats by 2025, and said she definitely plans on visiting it.

While cardholders who live close to public transit, like Prudhomme, have easy access to many branches, people in the more rural parts of the city have more limited options.

The development of Ottawa’s new “super library” is a big change for the system; however, the Ottawa Public Library (OPL) is finding ways to ensure that its 33 other branches continue to develop innovative ways to serve the public.

Much of this will be done by ensuring cardholders at any branch have equal access to information, as well as the option to participate in special programming.

“Smaller branches function as a kind of portal to a much larger set of programs or services,” said Karen Beiles, a program manager of public services at the OPL. She’s managed rural, urban and suburban branches, and oversees all the programming offered to the public.

“Any piece of information from the Ottawa Public Library, one could access regardless of the size of the branch,” said Beiles.

This includes access to the library catalogue, though the books may need to be requested from the larger branches. Beiles also cited free Wi-Fi as something that is available at every branch.

These days though, people can also access library services without visiting a physical location.

Zach Kedida, a young working professional in Ottawa, finds the public library’s smartphone app useful. “I use apps like the library app to look at eBooks,” he said.

Kedida admits that because of the app, which connects to his library card, he doesn’t physically frequent the library.

The app is part of the initiative to make resources accessible to all cardholders, regardless of location. In 2011, the public library introduced it in order to offer library services on the go – ebooks, podcasts, music, audio books – which could possibly reinvent the way Ottawans use the library. Though ebooks cost the library more, it’s a service that the public now expects.

Since the app does require someone to be an active cardholder, it is meant to allow more people to access the catalogue, rather than replace library services.

That’s the case with most library programs and services: in order to participate, people need to have a library card.

But Beiles said that’s usually not a barrier to registration in any of their programs.

“The thing about a library card is that it’s free, and it takes about two minutes to get one,” she said. “So it’s not a hard sell.”

Library cardholders can also register for a wide range of programming at any branch.

Beiles Cities reading programs for children, game nights for adults, and even an escape room event. “We recognize that these are the kinds of things that the public is looking for,” she said.

When asked about the different kinds of programming at rural and urban branches, Beiles said there are trends between what’s popular in certain areas. Book clubs and crafting programs for adults are in high demand in small, local branches. She says they often run “book clubs with a twist,” which may involve a theme, such as cooking, as well as a recipe exchange.

“There is really no limit to what can be done in a small rural branch,” she said.

Beiles said that over the next several years, the system-wide goal is to increase the number of cardholders.

“We have lots of different ways of doing that,” she said. “We are constantly looking at how to be more relevant to the community we’re in.”

She pointed to how libraries in urban areas are connecting with community agencies that serve vulnerable populations, such as women’s shelters, community health groups, and food centres.

“Members of [these communities] may have needs and interests that could be served by the library,” said Beiles, “but aren’t necessarily thinking of the library as a place to go.”

She added that this evolution would let the library engage in more “community development.”