3 days ago 0 1 min read
We use cookies to provide a personalized experience for our users. By continuing to browse this site, you give consent for cookies to be used.
Got it!
Home > Social Justice > Ottawa ministry trying to restore hope, one homeless youth at a time 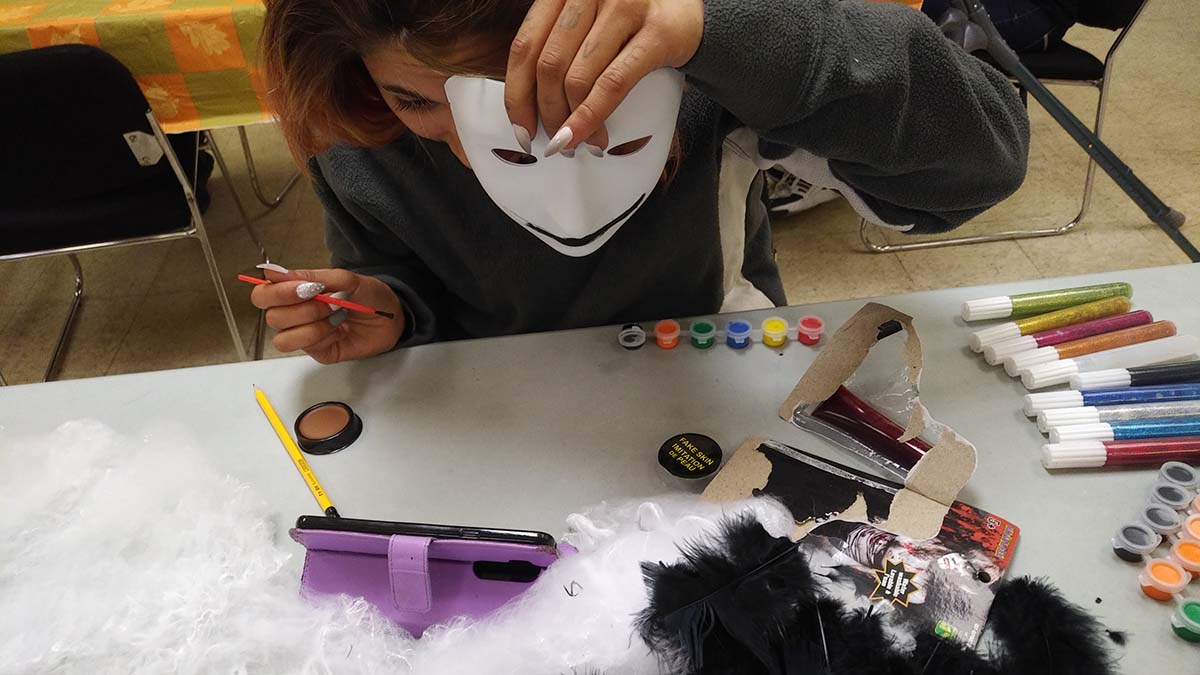 Ten years ago, Jason Pino was doing street outreach when he made a troubling observation: with only two youth shelters in Ottawa, homeless youth were struggling to get into shelters and out of dangerous situations.

“It became clear to me that [the youth] were picking up on the fact that no one was meeting this need as an indication that they’re value was not very high,” said Pino. “I don’t think people are actually saying that they don’t care about the youth, but that’s the message the youth interpret: that they’re not worth that effort.”

So Pino, an ordained Pentecostal minister, decided to open another emergency shelter for youth. Over a year and a half of work, he encountered a lot of obstacles, but always maintained the mantra: “They’re worth the effort.”

On Feb. 1, 2013, Restoring Hope Ministries opened its doors. The shelter is in the basement of the First Baptist Church at the corner of Laurier Avenue West and Elgin Street just across from City Hall. In the first months after the opening, Restoring Hope ran one night a week and only accepted men. As support and resources started to grow more nights were added and eventually the shelter was made co-ed.

Restoring Hope now operates five nights a week as an emergency overnight youth shelter for men and women. From Friday to Tuesday youth aged 16 to 24 can drop by the church after 9 p.m. for a hot meal, toiletries and to stay the night if they need it. Fourth Avenue Baptist Church in the Glebe offers a similar program on Wednesdays and Thursdays.

Part of the drop-in program at Restoring Hope is weekly activities such as games nights, movie nights and crafts. Youth have a place to hang out in the evenings and interact with volunteers and other youth.

“It’s like a family atmosphere,” said Nicole Chan, the volunteer co-ordinator and associate director at Restoring Hope. “My mission is to make the drop-in feel like people are coming home to relax as opposed to this is an institutional setting.”

The shelter also offers an addiction counselling program called C.O.R.E. Pino says they saw many homeless youth struggling with addiction but who faced long waiting lists for counselling and other programs. Restoring Hope now has a full-time addictions counsellor who can meet with youth outside of the drop-in hours.

Chan says Restoring Hope is considered a “low barrier shelter.” This means when a youth comes to the door they don’t need to provide ID or disclose their life story. The only criteria to access the drop-in or spend the night is their age.

Restoring Hope runs almost entirely on the generosity of individuals. Pino says 95 per cent of the shelter’s funds come from private donations. This pays for five staff, an addictions counsellor, food, supplies and other expenses.

In addition to a paid staff member, there are one to two volunteers working each night at the shelter. Other volunteers make meals and put hygiene kits together. The organization reaches donors and volunteers through word of mouth, newsletters and social media.

“Working here really reframed my mind of the marginalized and the homeless,” said volunteer Stephen Kimbell. “They’re not beggars that are trying to get your money to use it for drugs. They’re real people. Brilliant, kind, smart, who have come from really hard families and backgrounds. They are really amazing people and just need help.”

Volunteers and staff are encouraged and trained to spend time with the youth and to connect with them on a more personal level.

Pino says his organization has received some grants over the years from the city and provincial governments. However, provincial funding is hard to come by. Often money is already being spent on other organizations or programs. But Pino sees relying on private donations as a benefit for his shelter.

“The issue with government funding is sometimes it’s extremely specific,” said Pino. “It can limit you in terms of your outreach.”

By not using government funding Restoring Hope does not have as many restrictions on how they use their money or who the shelter serves.

“We can move some of those funds around to react to specific needs we see come up,” Pino says.

The emergency overnight shelter has been able to remain open during the pandemic. Youth are asked screening questions and staff wear personal protective equipment. The drop-in centre has been closed, with meals being served to youth that need it at the door.

“Normally we would have a lot more contact with youth who are housed but require food and things like that,” said Chan. “They’re losing the opportunity to just have a chat with a staff or volunteer.”

Youth across the city who have a place to sleep but need places to go during the day now have very limited access to safe spaces. Pino says before the pandemic they could hang out in coffee shops, the library, or malls to stay warm and safe.

Pino is not the only one to recognize the needs of unsheltered people. Just over a year ago the city of Ottawa declared a housing and homelessness emergency. The city has a 10-year housing and homelessness plan, implemented in 2014, with the goal to eliminate chronic homelessness by 2024 and reducing emergency shelter stays to 30 days. The plan builds on responsive approaches by increasing its focus on prevention and support systems.

Because of the pandemic, some city drop-in shelters have been closed. However emergency shelters, support services, and outreach programs are still operating, some with reduced staff. For the shelters that are closed, staff are still available by phone.

To try and meet the growing needs of homeless youth in Ottawa, Pino and Restoring Hope Ministries have big plans. They are looking for a permanent location. Pino says the goal is to open a full-time women’s drop-in centre during the day with a co-ed emergency shelter at night.

Pino also wants to start a detox program for homeless youth so they can access drug treatment centres. Many centres and programs require participants to be clean for two weeks to a month before they can enter the program.

“There’s a real lack of spaces for anybody to go to do detox,” said Pino. He says there is only one detox centre in Ottawa. It is often fully booked.

Right now the organization is building a business plan, raising funds, and finding an appropriate location. They are hoping to get funding from the city and the province to supplement the private donations.

“Programs like this are necessary because these kids are extremely vulnerable. They’re hurting, they’ve been through a lot of trauma. They haven’t had anybody in their lives be that mentor to them,” said Pino. “They really need people to step in and be that safety net for them.”

In The News: Thursday, March 11